As energy prices in Europe go through the roof, factories are beginning to shut down and food is disappearing from the shelves. Welcome to green Britain, offering a foretaste of what life will be like under Net Zero conditions – poorer, colder, hungrier – unless Government changes course. Britain has been sliding sideways and downward for decades, grossly underinvesting in educating people, training and productivity.

I visited it some years ago, and I was appalled by the shabbiness everywhere, dirty, stinking, unattractive people from all over the world.

Britain has invested in wind, especially off-shore, which has proven to be far more costly than Nirvana promises, because

1) Power plants that cannot be shut down, as PR-envisioned

2) The impacts of variable wind on the in-poor-shape, not up-to-date grids.

Significant additional grid upgrades will be required, which are very costly, and they are opposed by angry/disgusted nearby people, who saw their property values go into the tank.

Wind has turned out to be a very expensive can of worms regarding operating electric grid.

It has created a huge political headache for RE politicians and their idiotic promises, based on NO ANALYSIS AND LIES

The wind can of worms is being added to the many existing cans of worms, in the UK and the US.

The people know they have been screwed over.

They have become angry, discouraged, lost their can-do spirit.

The same is happening in the US, made far worse by the widespread, over-the-top, election fraud and coup d’etat, which installed a blundering idiot in the White House, who, at almost 80 years old, is basically told what to say and do (here are 30 executive orders for you to sign, right now)

We have a self-avowed Communist/Socialist, very old Bernie, who celebrated his honeymoon in the USSR, before the Iron Curtain came down!!!

Flirting and wining and dining with the enemy is nothing short of Treason.

Sanders is now the Chairman of a major Senate Committee with a $6.0 TRILLION BUILD-BACK-BETTER bill for starters, which he had to pare down to $3.5 TRILLION, and this is after approving a free-for-all, pork-laden, "INFRASTRUCTURE bill for $1.2 TRILLION

And then there is 78 year old, no-face-mask, hairdo, $10/pint-ice-cream, Pelosi, who says she will do nothing, until she gets BOTH bills.

This is off-the-charts CHUTZPAH, perpetrated by election-stealing usurpers of the Government.

If this continues, the US will go the way of Britain

The wind stopped blowing in Europe and energy prices went off the charts.

Will New England be next?

Texas had a freeze up, the equivalent of no wind in Texas, and all hell broke lose, with days without power and rolling blackouts

California had a heat wave and could not import electricity from nearby states. It had rolling blackouts for days, No AC, while temps were 115F, followed by forest fires. 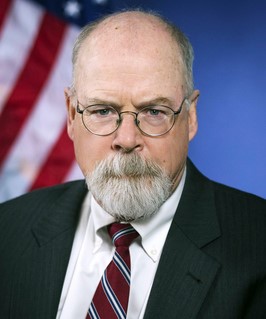 Excellent expose of the "Net Zero" future awaiting all of us: https://www.nationalreview.com/2021/09/the-gathering-storm-but-with...

“The emergence of both of these variants and their subsequent clustering arose in very close temporal proximity to the rollout of the COVID products in Israel,” she said.

Unvaccinated includes anyone who hasn't gotten both jabs or all recommended shots,  It's a big con.  Most who are dying are vaccinated, don't expect to read about this in MSM.  Shah went in network tv and said vaxxes only contain three ingredients and that getting vaxxed is less a danger than covid, which are bold faced lies.

IT has become increasingly clear that the best solution is to get COVID and PRAY.

Natural immunity lasts a long time. vaccines based on dead-viruses too.

Why Does No One Ever Talk About Sweden Anymore?
https://www.zerohedge.com/covid-19/why-does-no-one-ever-talk-about-...

Why Is Nobody Talking About Natural Immunity?
https://noqreport.com/2021/09/09/why-is-nobody-talking-about-natura...

The video that changes people's minds about how the buildings came down on 9/11 (Three skyscrapers, two planes)
https://www.youtube.com/watch?v=IYUYya6bPGw&t=15s