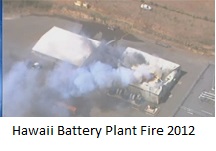 The financial interest of taxpayers was overlooked bonding the New Bedford Marine Commerce Terminal a supposed ocean wind turbine port for Cape Wind. The Massachusetts Clean Energy Center built the incomplete New Bedford Ocean wind turbine terminal at over 110 million dollars. The bond payments are $187,500.00 a month for over 30 years at taxpayer expense.

The New Bedford ocean port has no rail link, no large walking cranes, a hurricane barrier gate with only a legal opening of 120 feet which wind turbine jack-up barges do not fit and last the outer channel from the hurricane gate to the ocean for 5 miles needs dredging.

New Bedford is another failed experiment after the land based wind turbine fiasco and now all the ocean wind turbine work is being done out of the Port of Providence and Quonset Point, Rhode Island.

The Massachusetts Clean Energy Center(MassCEC) recently announced $10 million for the "Advancing Commonwealth Energy Storage" (ACES) program on Nantucket. The program from a recent news article calls for a 48 MWh, Megawatt- hour battery back up plant near the Nantucket island airport.

How does the Massachusetts Clean Energy Center dole out hundreds of millions of dollars ?

The island airport is owned by the Town of Nantucket and is located three miles southeast of the town center. Homeowners near the airport should be asking if a battery back-up building is going to affect the value of their home. Studies done by the Massachusetts Clean Energy Center show wind turbines do not affect the value of homes but would you want to buy one after what happened in Falmouth? How about a battery building?

Now again the Massachusetts Clean Energy Center is setting the stage for hundreds of millions of dollars to pay for ocean wind turbine power storage in the future at taxpayers expense again. The Nantucket battery back-up is a harbinger of more bonding and taxpayer payments to build storage for offshore wind turbine projects.

Nantucket is the site of the next experiment with a population of 50,000 during the summer.

The battery back up plant is in the planning stage. The goal appears to be to use batteries aka an energy storage system with a generator to avoid placing a new underwater electric cable that is needed for the island as the population explodes.

Nantucket is a small island 3 to 5 miles wide on average around 30 miles from Hyannis. The population is around 12,000 but swells to 50,000 in the summer.

The question now has the health and safety issues been overlooked again?

On August 1, 2012, a fire broke out at the Kahuku, Hawaii wind turbine battery backup plant. The Honolulu fire department showed up at the plant for the third time in a year.

The power plant burned with battery explosions and poisonous fumes for 13 hours smoldering for another 36 hours. The plant was a total loss.

The firefighters in Hawaii found out the hard way the unique challenges to battery fires. There is nothing you can do and there has to be a way to pre-empt a disaster.

The question has to be asked is Nantucket an island three miles wide 30 miles from Hyannis with 50,000 people a safe place for any kind of battery back up plant?

Massachusetts has a poor history of Massachusetts Clean Energy projects and your electric bill is going to become a second mortgage on your home.