While you're at it, get rid of any more thoughts of feckless wind and solar. 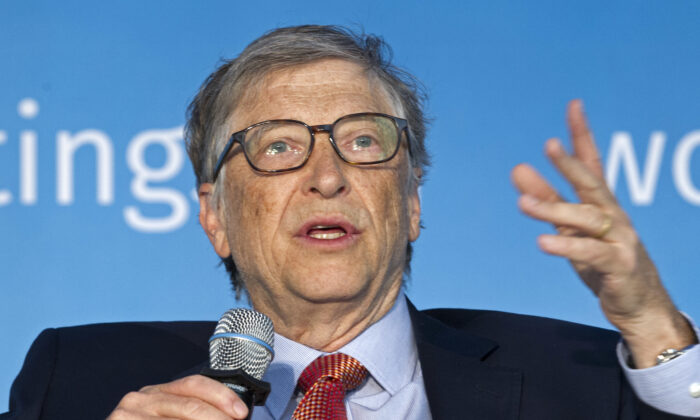 The effort is targeted at helping improve grid reliability.

The project has not previously been reported.

Levesque said the companies are seeking additional funding from private partners and the U.S. Energy Department, and that the project has the support of PacifiCorp, owned by billionaire Warren Buffett’s Berkshire Hathaway, along with Energy Northwest and Duke Energy.

If successful, the plan is to build the plants in the United States and abroad, Levesque said.

By 2050 “we would see hundreds of these reactors around the world, solving multiple different energy needs,” Levesque said.

The 345-megawatt plants would be cooled by liquid sodium and cost about $1 billion each. Critics of advanced nuclear have also warned that smaller nuclear is even more expensive than conventional.

But for TerraPower, its new plants are designed to complement renewable power because they will store the reactor power in tanks of molten salt during days when the grid is well supplied. The nuclear power could be used when solar and wind power are low due to weather conditions.

Molten salt power storage has been used at thermal solar plants in the past, but leaks have plagued some of the projects.

Levesque said the Natrium design would provide more consistent temperatures than a solar plant, resulting in less wear and tear.

Gates, chairman of TerraPower’s board, said in a statement that Natrium innovation was “extremely difficult” but its team had “the expertise, commercial experience, and the resources necessary” to develop viable reactors.

Levesque said Natrium plants would first be built in the United States and other developed countries, but could later spread to countries that do not have yet have nuclear power.

Nonproliferation experts have warned that advanced nuclear projects could become targets for attack because their uranium fuel would be more highly enriched and more easily converted to fissile material than conventional fuel.

On a separate note:

According to AOC, Markey, Biden, Bernie, McKibben, Hair-do Pelosi, and other such Calizuela-like charlatans, we need “invest” tens of $$TRILLIONS, to turn the US economy upside down, ban fossil fuel by 2035 (according Biden’s “platform”), as otherwise, THEY SAY, WITHOUT EVIDENCE, “WE WILL ALL FRY AND THE WORLD WILL COME TO AN END”

Biden said he would not ban EXISTING fracking, only NEW fracking.
That is a grossly, obfuscating, misleading statement.

That would be a death sentence for ALL fracking, because sites produce for only a few years.
Then fracking at another site needs to be started to maintain production levels, so called NEW fracking.

Trump is right again, because it is common sense.

Biden is against any NEW fracking, which means existing sites would peter out in a few years, and THERE WOULD BE NO GAS, and, eventually, NO COAL AND NO NUCLEAR as well, which is exactly what BIDEN’s advisors, Bernie, AOC, Markey, etc., want.

That is like paddling, in a canoe, upstream of Niagara Falls.
No sane person would vote for Calizuela-like folks

They need all sorts of support systems to make them useful for reliable electricity service, 24/7/365

The Bill Gates plan is to use a support system of NUCLEAR plants, WITH STORAGE, to make unreliable, variable/intermittent, expensive, wind and solar electricity useful to the grid.

Bill Gates would be OK with placing thousands of 3 to 4 MW, 500-ft tall wind turbines on NE ridge lines (disturbing millions of people and wild life), and in off-shore locations, and plastering about 200,000 NE acres with solar panels.

The life of wind turbines is about 15 to 20 years, of solar panels about 25 years.

The alternative would be battery systems (life about 15 years), but New England would need about 8 to 10 TWh of storage to cover frequently occurring, 5-7 day wind/solar lulls, and seasonal variations.

Comment by Penny Gray on September 3, 2020 at 1:08pm
With nuclear power, no backup generation is needed. Why bother with all the boutique add-ons?

Gates is like ALL Liberal Elites. As long as they’re making money, it’s OK for them to do exactly what climate change frauds have condemned as they closed conventional nuclear plants. Liberals only believe in Marxism for everyone else. They’ll stick with Capitalism as they gain power and money .