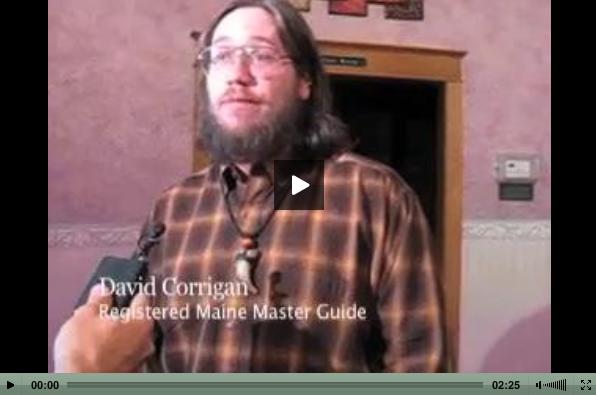 Kate Collins | BDN
James Palmer, Ph.D., of Scenic Quality Consultants of Burlington, Vermont, listens to the line of questioning presented by attorney Juliet T. Browne, who is representing Champlain Wind LLC, during the Bowers Wind Power Project Hearing on Wednesday, July 6, 2011, at the Spectacular Event Center in Bangor. The hearing is part of a series of public forums held by Maine's Land Use Regulation Commission to allow both the public and the applicant opportunities to present testimony for and against the wind power development. Buy Photo

BANGOR, Maine — With his long beard and hair and brown flannel shirt, David Corrigan looks much more like the professional guide he is than a member of the bar, but the 33-year-old Concord Township man had a few F. Lee Bailey-ish moments on Wednesday.

Under Corrigan’s brisk cross-examination, Mark A. Caron, a regional biologist for the Maine Department of Inland Fisheries and Wildlife, said that state surveys of migration patterns of the Canada lynx, which federal officials list as a threatened species, were somewhat lacking in the project’s proposed area.

But it was a cross-examination by attorney Juliet T. Browne, who represents Champlain, a subsidiary of Massachusetts-based First Wind, that might have helped Corrigan’s case against the project when her questions led to an admission from scenic consultant James Palmer that wildlife guides might lose customers if the project goes forward.

The guides, which could number as many as 50, might depend on customers for whom windmills pose more of a disruption to pristine woodlands than they do for most people, Palmer said.

“In that respect, I have to agree with Mr. Corrigan that they have more experience with their customers than I do,” said Palmer, who was hired to advise LURC on the project’s impact on the mountain area. “I don’t have any real knowledge of that particular gentleman user and whether he is shrinking rapidly [in numbers due to the presence of turbines] or static or whatever.”

The 27-turbine project, on top of the 1,127-foot Bowers Mountain, would cover 700 acres and have a maximum energy output of 57 megawatts. The proposed project is about 10 miles east of Lee in Carroll Plantation in Penobscot County and Kossuth Township in Washington County and is within the area designated by Maine for expedited permitting.

The wind project is the latest of several operating, under construction or proposed in Maine. An industry group, Wind Power for Maine, says 195 turbines have been constructed or are under contract in Maine.

Groups opposed to large-scale wind projects argue that the projects disrupt wildlife and have adverse effects upon residents and the natural settings in which they are built. They typically generate too small a fraction of their capacity and require too much federal and state funding to be worth building, the critics contend.

Proponents argue that wind projects are ecofriendly producers of pollution-free electricity that aid their local economies with the electricity and jobs they generate while helping in a small way to offset the national dependence upon foreign oil.

Wednesday’s hearing provided grist for both positions. Corrigan noted that he and dozens of other professional guides told LURC at a public hearing in Lincoln on June 27 that they would lose a substantial portion of their business if the project is approved.

Browne drew out of Palmer survey information which showed that people who use the lakes in the mountain area felt the project would have a negligible impact on them. Studies on other wind turbine areas showed no indication of the collapse of recreational use within them — that the visibility of turbines was irrelevant to the areas’ use, Palmer said.

Caron conceded to Corrigan that DIF&W had concentrated its surveys of Canada lynx activity well north of the proposed site and on the possibility that lynx are crossing through the area to get to lands south. Caron found little relevance in that, however.

“I don’t see where this project would be a barrier to the movements of a terrestrial animal that is capable of movements of hundreds of miles,” Caron said.

After the hearing, he said that his agency has limited resources and concentrates its surveys in areas where Canada lynx are more numerous and scientists are more likely to learn from them.

LURC’s review of the project continues.