Maine could become the first state where lawmakers order 'divestment' from fossil fuels, although changes to the bill could slow the process.

Divestment advocates hailed the bill’s passage as a landmark moment that helps put Maine at the forefront (at least among state governments) of an international campaign that they say has solid ethical and financial footing. Youth climate activists, environmental groups and state retirees led the fight for the bill in Maine.

“As the Gulf of Maine keeps heating, so does the pressure on the fossil fuel industry: divesting sends a truly powerful message, and to have Augusta join in adds real weight,” Bill McKibben, an author, early advocate for divestment and c0-founder of the group 350.org, said in a statement after the House vote. “This action is a gift to the planet – and also to the pensioners of the Pine Tree State, freeing them from the money-losing investments in gas and oil that are also undercutting the landscape into which they will someday retire.”

The bill, L.D. 99, would require both Maine’s state treasurer and the board of the state pension fund, known as MainePERS, to divest from fossil fuels by January 2026. That process would include selling off any current holdings and not investing in specific types of companies that either hold fossil fuel reserves, operate coal-fired power plants, are involved in extraction or operate infrastructure used for fossil fuels. 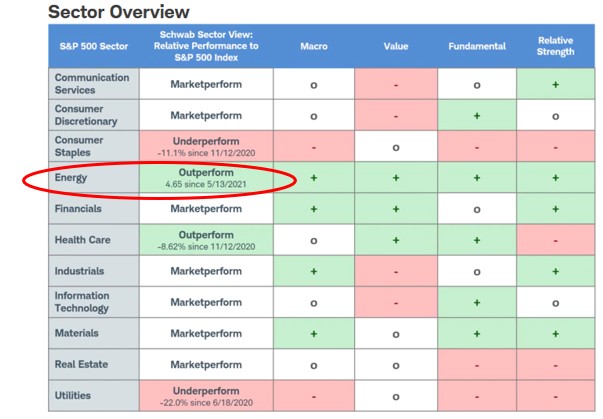 “I’ve been working across the aisle to try to make a bill that gives the fishing industry a seat at the table,” said Rep. Billy Bob Faulkingham, a Republican and lobsterman from Winter Harbor.

He’s been a standard-bearer in the industry’s fight against ocean wind. This month, Faulkingham won a key committee’s unanimous support for turning the governor’s time-limited moratorium on near-shore wind projects into a permanent ban.

In a later statement, Faulkingham emphasized that while he is supporting the committee’s compromise measures in order to improve the lobster industry’s position, he still opposes wind-energy projects anywhere off Maine’s coast, including near Monhegan Island.

China has made electric buses and EVs in urban areas a priority to reduce its well-known excessive air pollution, due to: 1) using a lot of coal in dirty, inefficient power plants, and 2) vastly increased vehicle traffic in urban complexes with 15 to 30 million people each.

Those two countries emit about 45 - 50% of all world pollution and GHG.

The US has much less of a pollution problem than China, except in its larger urban areas.

The US uses more domestic gas and much less coal, and nuclear is still around.

New England has a pollution problem in its southern urban areas.

Vermont, known for its cleaner air, has a minor pollution problem in Burlington and some of its other urban areas, i.e., no need to use scare-mongering to rush into expensively advancing Montpelier’s electric school bus goals.

The energy priorities of New England governments are driven by a self-serving cabal of RE folks. All is decided at high levels. Ordinary people rarely participate during government hearings, except those pre-selected to say the right things.

The cabal has powerful allies on Wall Street, which is molding the minds of people by means of generous donations to universities and think tanks. Here is an example of the resulting double-speak:

The Vermont House Energy/Environment Committee, the VT Transportation Department, VEIC, EAN, etc., echo the same message, to "convince" legislators, people in the Governor's Office, and Vermonters, to use COVID money and Volkswagen Settlement money to buy expensive electric buses to deal with a minor pollution problem in a few urban areas in Vermont.

Such an electric vehicle measure would be much more appropriate in the over-crowded, down-town Boston Area and the Connecticut Gold Coast.

The cabal urge Vermonters to buy electric buses at about:

The Governor and bureaucrats are throwing COVID money, meant for suffering households and businesses, into another climate-fighting black hole.

Costs of Government RE Programs

Including Amortizing Capital Cost for a Rational Approach to Projects

RE proponents do not want to include amortizing costs, because it makes the financial economics of their dubious climate projects appear dismal. This is certainly the case with expensive electric buses. If any private-enterprise business were to ignore amortizing costs, it would be out of business in a short time, per Economics 101

Travel, 12,000 miles/y, the average of diesel school buses in Vermont.

Normal Operation at 32F and below: On cold/freezing days, an electric bus battery would use its own energy to heat itself, as needed, during parking and driving.

Charging at 32F and below: No charging of Li-ion batteries is permitted, unless at an extremely low current

Power Failure at 32F and below:

On cold/freezing days, a multi-hour power failure could occur

Partially full batteries, connected to dead chargers, could empty themselves to prevent freezing.

Batteries would be irreversibly damaged, if power were restored, and charging would occur at -32F and below, unless at an extremely low current

As an alternative, buses could be towed to a warm garage, then charged.

Emergency diesel power facilities may be required, if a prolonged power outage.

- Batteries have miscellaneous losses to provide electricity to operate various systems, similar to Tesla and other EVs

- On cold/freezing days, an electric bus should be ready for service as soon as the driver enters the bus; cold children are waiting at pick up points

- On cold/freezing days, the driver would need at least 70% charge for his morning round, because travel would require more energy per mile; no one should risk having an electric bus run out of juice, with a busload of children, on cold/freezing days.

If the battery temperature is less than 40F or more than 115F, it will use more kWh/mile

The higher efficiency range, charging and discharging, is 60F to 80F.

NOTE: Where would the electricity come from to charge and protect from cold, expensive batteries during extended electricity outages, due to multi-day, hot and cold weather events, with minimal wind and sun, as occur in California, Texas and New England?

Jason Bordoff, director of the Center on Global Energy Policy at Columbia University’s School of International and Public Affairs, thinks that the shift to government owners could wind up doing just the opposite of what activists are intending on doing.

"A shift in production to major nationally owned companies — such as in Latin America or the Gulf or Russia — carries geopolitical supply risks, while smaller independents have often demonstrated poorer safety and environmental practices,” he said.

Recall, just days ago we wrote how Saudi and Russian oil producers were actually benefitting from activism in the industry involving Western producers. Wins in the courtroom for activists against Shell, Chevron and Exxon have been a tailwind for Saudi Aramco, Abu Dhabi National Oil Co and Gazprom, we wrote. The pressure for U.S. names to cut carbon emissions faster pushes more business to companies in Saudi Arabia and Russia, and to OPEC, Reuters reported.

Representative Faulkingham’s efforts to impose a permanent moratorium on offshore wind is wise.

“The UK has 68 export cables totalling 1,682km, and 2,152km of inter-array cables transporting 7,990MW of generation, with currently over 50 failures recorded for fully commissioned sites. “

The Danish offshore wind giant, Ørsted, has released its Interim Financial Report for the first quarter of 2021, and has revealed that up to ten of their European and UK wind farms are suffering from significant damage to connection cables. Repairs are currently estimated to cost in the region of 3 billion Danish Kroner (£350m) over the period 2021 to 2023...”

“Oops … in addition to paying $114 million for the transmission cable in the first place, the poor Rhode Island ratepayers are also on the hook for a portion of the $31 megabucks to pay to re-bury the power cable that got exposed by waves, wind, and currents. And to add insult to injury, the owners are saying it will cost more than the original estimate of $31 million to fix it … double oops.”

“National Grid, which owns the high-voltage power line from Block Island to Narragansett, expects to pay $30 million for its share of the reconstruction, which will require horizontal directional drilling. The state’s primary electric utility will recover the expense through an undetermined surcharge on ratepayers’ bills.”

The Boston Globe is touting the growing popularity of dumping fossil fuels investments in the name of climate change and reported Maine’s bill makes it the first state to authorize divestiture.

Timed to coincide with the anti-fossil fuel march in New York City over the weekend, the Rockefeller Brothers Foundation (RBF) led a press conference of groups announcing a pledge to divest from fossil fuels. Given that board members of RBF are heirs to the Rockefeller oil fortune, the media was led to believe that divestment from fossil fuels was a drastic change in practice for the foundation. Yet anyone who knows the least bit about RBF is well aware that foundation has given millions to groups that oppose fossil fuels for years.

In fact, RBF is credited for providing the financial support to launch 350.org. How do we know that? Because Bill McKibben himself reluctantly gave away those details in a little-watched YouTube video (full version of interview here) from three years ago with a news outlet called Climate Challenge.