Only part of the Spanish press covers the story, and television channels ignore it so far. The wind business is taboo in this country, where Greenpeace and other wind-crazy NGOs have a huge audience.

Tax inspectors have only started to reveal their findings in this complex web of corruption: €110 million worth of illegal commissions paid in Castilla y León, one of Spain’s 17 states (Spain is a de facto federation of 17 “autonomous communities”: Catalonia, Valencia, Andalusia, the Basque country, etc.). The Spanish IRS is presently investigating in other states. At the national level, illicit enrichment at the cost of taxpayers could easily top one billion euros.

Unexplained payments to public officials received from Switzerland, shares in obscure windfarm companies resold for hundreds, even thousands of times the initial capital invested, home mortgages paid off by opaque entities, homes renovated by generous donators, etc. Some names and amounts are already known, but these suspected officials decline to comment. One of them now lives in Poland.

“Private renewable energy firms may have paid more than €110 million in commissions to government officials and local businessmen in Castilla y León to help them obtain licenses and push through paperwork to install wind farms across the region between 2004 and 2007, tax inspectors said.”

Wind corruption is also rampant in France, the United States, and most probably in other countries as well. Where there are government subsidies, there is fraud. Where subsidies are huge, fraud is huge.

Wind corruption in France: in this video, an anonymous windfarm victim relates that commissions paid to village councillors to vote in favour of a wind project range from €100,000 to €150,000. The Big Swindle

Wind corruption in the US: read about the Obama bundlers.Windfarms used to finance political parties

Earth Day is mirth day when your business is bribery.

Iberdrola paid 47.1 million to an official who invested 24,400 euros 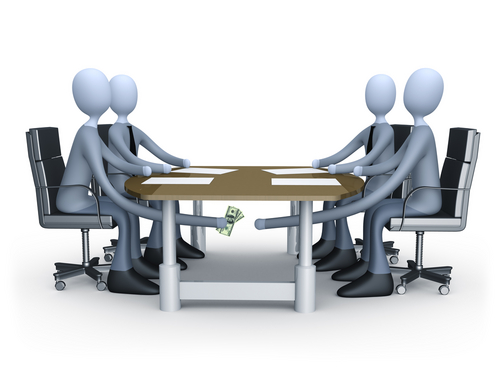 Hacienda detected commissions in the authorization of wind farms. The Tax Office alleges a plot of 110 million in Castilla y León. Charges and related regional builders streamlined procedures after payments. ...The inspector of the Tax Agency concludes in his report since his purpose is to investigate the outstanding tax debts, additional findings may indicate "evidence of money laundering". He is sending his findings to the Anti-Corruption Prosecutor and Prevention Service Money Laundering Economy Ministry to "continue the investigation".

Oh my God, a wind developer caught using an illegal bribe to get what it wants?   Shocking!  Especially one that has tentacles in Maine.  They use the same slimy practices where ever they go.  Unfortunately there seems to be no one in state government who will take the incentive to order an investigation into the way these folks do business at every level.   Too bad that as a state, and a nation, that we're too busy trying to appease the 'green' wave that becomes more overwhelming each day and don't see all of the large scale and very orchestrated corruption in the renewable energy sector.  I consider the threat of ever increasing wind projects being constructed in Maine to be the single largest threat to the long term viability of the state of Maine, it's residents, it's character, and it's brand.