Those wind turbines that come from foreign countries that are built by out of state workers on Maine's ridges using your money, increasing your electric rates and destroying your health, property values and serenity started their journey in Washington, D.C., worked their way through Augusta, ME and often entered closed-door rooms in your local government.
I recognize that for many, the messenger of this message is a polarizing figure, so I post with some trepidation. But please note that she is handing out bipartisan blame.
NOVEMBER 18, 2011

Politicians who arrive in Washington as men and women of modest means leave as millionaires. Why?


Mark Twain famously wrote, "There is no distinctly native American criminal class except Congress." Peter Schweizer's new book, "Throw Them All Out," reveals this permanent political class in all its arrogant glory. (Full disclosure: Mr. Schweizer is employed by my political action committee as a foreign-policy adviser.)

Mr. Schweizer answers the questions so many of us have asked. I addressed this in a speech in Iowa last Labor Day weekend. How do politicians who arrive in Washington, D.C. as men and women of modest means leave as millionaires? How do they miraculously accumulate wealth at a rate faster than the rest of us? How do politicians' stock portfolios outperform even the best hedge-fund managers'? I answered the question in that speech: Politicians derive power from the authority of their office and their access to our tax dollars, and they use that power to enrich and shield themselves. 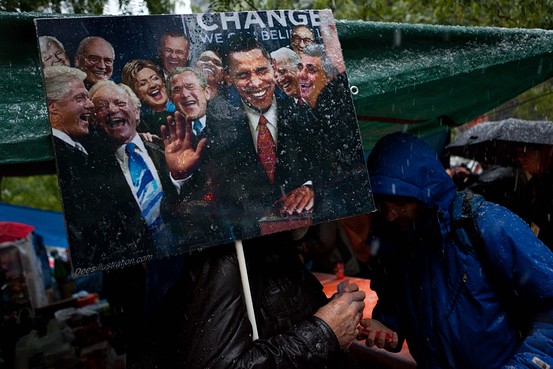 The money-making opportunities for politicians are myriad, and Mr. Schweizer details the most lucrative methods: accepting sweetheart gifts of IPO stock from companies seeking to influence legislation, practicing insider trading with nonpublic government information, earmarking projects that benefit personal real estate holdings, and even subtly extorting campaign donations through the threat of legislation unfavorable to an industry. The list goes on and on, and it's sickening.

Astonishingly, none of this is technically illegal, at least not for Congress. Members of Congress exempt themselves from the laws they apply to the rest of us. That includes laws that protect whistleblowers (nothing prevents members of Congress from retaliating against staffers who shine light on corruption) and Freedom of Information Act requests (it's easier to get classified documents from the CIA than from a congressional office).

The corruption isn't confined to one political party or just a few bad apples. It's an endemic problem encompassing leadership on both sides of the aisle. It's an entire system of public servants feathering their own nests.


None of this surprises me. I've been fighting this type of corruption and cronyism my entire political career. For years Alaskans suspected that our lawmakers and state administrators were in the pockets of the big oil companies to the detriment of ordinary Alaskans. We knew we were being taken for a ride, but it took FBI wiretaps to finally capture lawmakers in the act of selling their votes. In the wake of politicos being carted off to prison, my administration enacted reforms based on transparency and accountability to prevent this from happening again.

We were successful because we had the righteous indignation of Alaskan citizens on our side. Our good ol' boy political class in Juneau was definitely not with us. Business was good for them, so why would they want to end "business as usual"?

The moment you threaten to strip politicians of their legal graft, they'll moan that they can't govern effectively without it. Perhaps they'll gravitate toward reform, but often their idea of reform is to limit the right of "We the people" to exercise our freedom of speech in the political process.


I've learned from local, state and national political experience that the only solution to entrenched corruption is sudden and relentless reform. Sudden because our permanent political class is adept at changing the subject to divert the public's attention—and we can no longer afford to be indifferent to this system of graft when our country is going bankrupt. Reform must be relentless because fighting corruption is like a game of whack-a-mole. You knock it down in one area only to see it pop up in another.


What are the solutions? We need reform that provides real transparency. Congress should be subject to the Freedom of Information Act like everyone else. We need more detailed financial disclosure reports, and members should submit reports much more often than once a year. All stock transactions above $5,000 should be disclosed within five days.

We need equality under the law. From now on, laws that apply to the private sector must apply to Congress, including whistleblower, conflict-of-interest and insider-trading laws. Trading on nonpublic government information should be illegal both for those who pass on the information and those who trade on it. (This should close the loophole of the blind trusts that aren't really blind because they're managed by family members or friends.)

No more sweetheart land deals with campaign contributors. No gifts of IPO shares. No trading of stocks related to committee assignments. No earmarks where the congressman receives a direct benefit. No accepting campaign contributions while Congress is in session. No lobbyists as family members, and no transitioning into a lobbying career after leaving office. No more revolving door, ever.


This call for real reform must transcend political parties. The grass-roots movements of the right and the left should embrace this. The tea party's mission has always been opposition to waste and crony capitalism, and the Occupy protesters must realize that Washington politicians have been "Occupying Wall Street" long before anyone pitched a tent in Zuccotti Park.

Ms. Palin, a former governor of Alaska, was the Republican nominee for vice president in 2008.