FIRST WIND: Home values will not be negatively affected by the arrival of a wind farm

Folks near proposed wind farms should know that this topic has been thoroughly researched and the results indicate that home values will not be negatively affected by the arrival of a wind farm.

Just thought of a scene from the movie "The Exorcist". 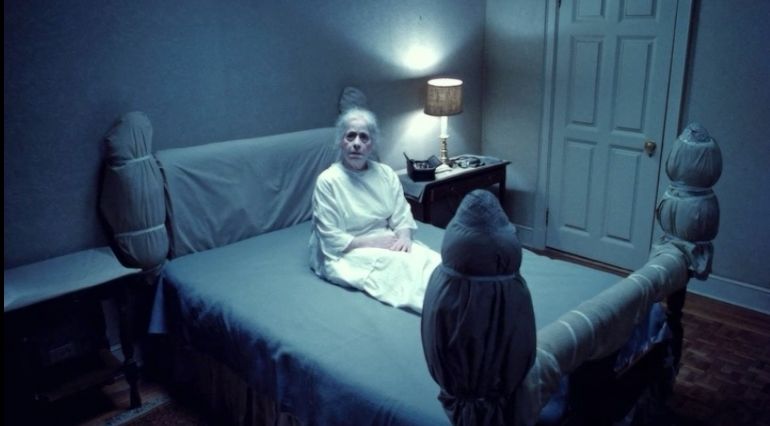 "Especially important is the warning to avoid conversation with the demon. We may ask what is relevant, but anything beyond that is   dangerous. He is a liar, the demon is a liar. He will lie to   confuse us. But he will also mix lies with the truth to attack   us. The attack is psychological , Damien. And powerful. So don't listen, remember that, do not listen."

Sun Edison cries poverty when looking for TIF's yet somehow has money to buy off an ever increasing number of so called environmental groups in Maine.

Kathy Sherman,  We are under-represented.

MA DEP, as you note, has purview over environmental noise by wind turbines,  But they are most  unhelpful.

ADVANCE WIND
The DPU process is predicated upon the Mass Department of Environmental Protection’s (MassDEP) so called ‘Health Impact Study’. The process MassDEP employed and the document produced are seriously flawed. A biased panel reviewed cherry picked materials.
Among the most egregious flaws are the following:
the panel only met two times, did not follow the scope document, did not review all materials submitted to MassDEP from the public (which included peer-reviewed scientific articles and evidence of direct links
between wind turbines and adverse health impacts) and did not conduct a field trip to interview people in MA within one hour of Boston who are experiencing health problemssince wind turbines were constructed nearby.
MA Energy and Environment Secretary Richard Sullivan’s September 2011 comment foretold the study findings of no harm before the process commenced
.
http://www.planning.org/mobile/news/story.htm?story
_id=163602509
Cape Cod Times
9/16/11:
While the panel's work will be valuable in the creation of setbacks and other standards for windenergy projects, the Patrick administration does not believe at this point that there are major
health affects from turbines, Sullivan said.
Berkshire residents claim the Patrick Administration cannot be trusted to act in the public interest when it comes to siting wind projects, Ber
kshire Eagle 1/28/14. I so agree.
http://www.berkshireeagle.com/news/ci_25006521/berk
shire-residents-air-concerns-over-
commercial-wind-farms
A biased panel reviews of literature is challenged
by MA residents who cite the lack of objectivity of
this health report-
•
Mass: Wind turbine critics question panel’s report
on health impacts
By Kyle Cheney
/ State House News Service
Tuesday, February 14, 2012 –
http://fiwn.wordpress.com/2012/02/15/mass-wind-turb
ine-critics-question-panels-report-on-health-impact
s/
•
Enterprise
Residents Call State Turbine Study
Faulty And Biased
http://www.capenews.net/communities/region/news/167
2
•
January 21, 2012 •
Massachusetts
Wind farm critics slam health study;
Patrick standing by controversial report
Credit:
Christine Lee, 22News State House Correspondent, W
WLP,
www.wwlp.com
20 January
2012 January 21, 2012 •
Massachusetts
•
Falmouth turbine foes reject state study
By
JON OFFREDO
joffredo@capecodonline.com
http://www.env.state.ma.us/dpu/docs/siting/13-165/13-165-Comments-9...

I attended a meeting here in Western New York State a number of years ago now, at which Mr. Ben Hoen was doing a presentation trying to convince the community of the same kind of deceitful wind industry propaganda that Mr. Baldwin is spewing here. I held up a picture of a some homes surrounded by industrial wind turbines, and asked Mr. Hoen if he would buy one of these homes and move HIS family into one of them. It was no surprise to anyone that Mr. Hoen refused to answer the question.

I live in Wyoming County of western New York State where there are 308 industrial wind turbines now littering the once-beautiful rolling hills throughout 5 (five) Towns here. Property values have definitely been negatively impacted, as many homes near or within the footprints of the wind factories are selling for less than assessed value - if they sell at all. The only thing that has been reliably-generated by these giant, bird-slaughtering LEMONS is complete and utter civil discord, as lawsuits persist here. The Wyoming County tax rate went up AGAIN for the 12th year in a row now - another 9.68% this year - in direct correlation with the installment of wind factories here. Population in Wyoming County continues to decline - as more and more people leave the area. Not to mention, the average residential electricty rate has climbed nearly 50% since 2000, again, in direct correlation with the installment of industrial wind factories across rural New York State.

As Milton Friedman correctly stated: "One of the great mistakes is to judge policies and programs by their intentions, rather than their results."

Fact is -- If you want to destroy the environment, property values and any sense of civility in your area, just build sprawling industrial wind factories! It works every time! Insanity is doing the same thing over and over again, expecting a different result.

I recently sold a property 2.2 miles from a wind project at 1/2 its accessed evaluation( and I was lucky to sell it at all)

Anyone who believes First Wind/SunEdison / Terraform Power is "nummah than a hake" or a past patient of a frontal lobotomy.

In addition , there is a place reserved for liars and con artists like Baldwin, and it is called Hades , where he and the wind industry belongs.

Also please remember this  , sellers and abutters of wind project  often cannot disclose their losses because of legal settlements that have "Squelch Clauses" designed by the wind company, so the loss is kept secret.

I have said this before but I will say it again. The way the game is played with these scumbags is that they hire shills to do their bogus studies, then they run around like this Baldwin character and let these false studies do the lying for them.

Charles Baldwin.........."I’d like to point out that there have been multiple studies concerning the impact of wind farms on property values. None of these studies has shown any negative impact."

Jim Wiegand ........."I'd like to point out that the wind industry has been rigging turbine research since 1985. Since then not a single study should be trusted due to non scientific research methodology resulting in the production of bogus data designed to hide the truth."

That is a complete falsehood - Just ask Gary Steinberg  from Lincoln or any one who lives on Vinalhaven.  In fact, the presence of a wind farm or plans for a wind farm now have to be noted on  disclosure documents when selling real estate.

There was a study done in Wisconsin that showed an average of 25-40% loss of property value.