On Friday, March 16, 2018 at the long awaited EUT public hearing on L.D. 1810, An Act To Amend the Laws Governing Expedited Permitting for Wind En..., Chris O'Neil, on behalf of the citizen funded 501c3 nonprofit organization Friends of Maine's Mountains, gave verbal testimony which called for "repealing the Wind Act ten years and countless disappointing results after it was hastily enacted".

Having personally listened to this testimony, I believe it was very true to the submitted written testimony which may be downloaded at the following link: FMM%20Testimony%20LD%201810_3-14-18.docx

It can also be found on the Maine Legislature's website, including additional materials providing meaningful substantiation. 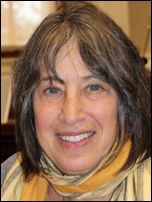 While I lack the telepathic ability to know for certain the thought process behind Ms. Cooper's question, my educated guess, as well as the educated guess of everyone I have since spoken to, is that the question was designed to somehow question Mr. O'Neil's motivations. Moreover, given the fact that it is common practice for wind industry propagandists trolling social media to regularly accuse anyone daring to question wind power with accusations that they are bought and paid for by fossil fuel interests, it would not be unrealistic to think that Ms. Cooper's question was asked to perhaps create an impression that Mr. O'Neil was simply up there at the behest of the oil and gas industries.

I will also add that Ms. Cooper was not interested in asking anything else about the FMM testimony.

I was personally repulsed by Ms. Cooper's approach. FMM and all those trying to fix the rigged system for wind as codified in Maine's expedited wind law, have fought for 10 years now against near insurmountable odds in an attempt to restore citizens' basic rights. As testimony to how completely stacked is the deck against the citizen, only one wind project has been stopped to date - First Wind's Bowers project. Citizens have waged their fight investing their own scarce time and money. The opposition has been paid to wage their side of the battle and paid very handsomely. Particularly stinging is that the tremendous resources that Goliath has used against David, ultimately derive from taxpayers and ratepayers, the latter group often mandated to purchase wind created electricity and pay for wind required transmission.

I don't believe Ms. Cooper or any member of the EUT asked anyone else at the hearing who gave them their money. Why is that? Would it not be relevant to learn, for example, that certain "environmental groups" receive funding from bundler organizations whose objective is to push wind power? Or is that simply not relevant? Wouldn't you like to follow that money trail Ms. Cooper? Be careful though, doing so might be more dizzying than keeping your eye on a shell game or three card monte.

Quite frankly Ms. Cooper, we have seen many instances over this 10+ year fight for our rights where there are at a minimum, appearances of conflicts of interest. If anything, based on such appearances/conflicts, if your curious nature with regard to funding were guided by fairness, maybe you'd have similar questions for the other side. But not a single such question - by you or probably anyone else and that's probably true for every public hearing to date on wind power.

Your constituents in Yarmouth may be oblivious to the destruction wrought by wind in distant places on Maine's mountains, ridges, hills and islands. Out of sight out of mind. You may feel that wind is a cause you can support because nobody in Yarmouth is affected. But they are. The increased transmissions costs on their electric bills are but one example. The massive landscape gash caused by the CMP transmission upgrade corridor not far from Yarmouth's main street is but another insult that can be directly attributed to wind power. When the Wyman facility in Yarmouth is burning oil around the clock on wintry days and driving up electricity bills because environmental groups have successfully blockaded urgently needed low cost natural gas lines, you have only the "renewables" movement to blame.  How about the $214 million highly secret new CMP upgrade in the Portland area? , (quite possibly Yarmouth) Is that for wind? Will that affect your neighbors? Would you tell them if it did?

You wonder why the average person has very little faith in government? Well this is what happens when good citizens -- the salt of the earth in fact, are scoffed at, ridiculed and besmirched by those who take the oath of office to represent them.

"Janice Cooper has refused to provide voters with positions on key issues covered by the 2016 Political Courage Test, despite repeated requests. Historically, candidates have failed to complete our test due to the advice they receive from their parties and advisors and out of fear of negative attack adds"
https://votesmart.org/candidate/political-courage-test/137338/janic...
What a total abject unapologetic  hypocrite and political disgrace to Maine citizens.
Not even a question from her  concerning the citizen testimony factually presented by Friends of Maine's Mountains , (other than an attempt to besmirch testimony of the citizen non-profit.
SO ..Where do you get your money from Ms. Cooper, and who do you really represent?
The American Wind Energy Association perhaps?

I don't know the woman, but it is obvious that she has not served long on the EUT and has not done her homework on the subject, or she would not be asking this question.

So one could assume that she is not qualified to make any judgments on the topic and should recuse herself.

But, then again there may be others that are not qualified either. And as we know many in the past have ended up in the pockets of what is called Renewables or now leaders within this corrupted scheme.

As a Nation, this has become as corrupt as the Insurance Industry when it first started, though this has been forced upon us by our own mislead government officials. Most on the Left, and some on the right and all being profiteers either now or eventually.

In addition to the clear effort to discredit Chris O'Neil's thoughtful testimony, like most legislators, Ms Cooper is not at all informed about the cradle to grave costs of mining, manufacture, transport, installation, maintenance & repair, accidents, decommissioning & replacement of industrial wind turbines every 20 +/- years.  The purposely misleading terms 'green' 'renewable' are taken in as valid when nothing could be further from the truth and facts.  As other ask, not only who do you serve, but who is funding you Ms. Cooper?

And be Left in the Lurch 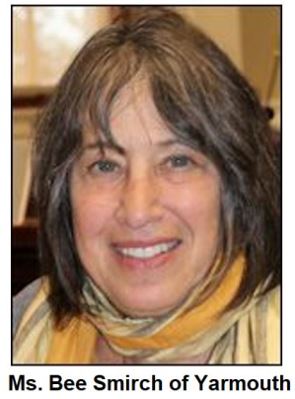 Why are you running for office?

I am devoted to the communities I represent (Yarmouth, Chebeague and Long Islands) and to the State of Maine. I want to preserve Maine’s natural beauty and strong community bonds.

Really? If there is one industry that is destroying Maine's natural beauty and community bonds, it is the wind industry.

Could it be that Ms. Cooper is simply projecting?

I find it discouraging that elected representatives don't take the time to educate themselves on the issues, especially one as important as this.