BDN: Apple funds conservation of 32,400 acres in The County

Apple funds conservation of 32,400 acres in The County

Tech giant Apple has given an undisclosed amount of money to The Conservation Fund, which plans to use the money to conserve 32,400 acres on the Mattawamkeag River in southern Aroostook County.

Lisa Jackson: Apple to invest in ‘sustainable’ timberland - 90% in Maine

Perhaps Apple has some iNoise planned for us. 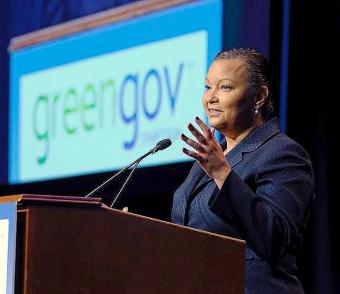 The initiatives come as the tech giant this year met a self-imposed goal of powering all its U.S. operations with renewable energy to reduce carbon emissions — initiatives that have won high marks from environmental groups like Greenpeace........

Apple and The Conservation Fund are protecting more than 32,400 acres on the Mattawamkeag River in Aroostook County, Maine. Reed’s wetlands, rivers and upland forest provide refuge in Maine’s iconic North Woods for Atlantic salmon, bald eagle, northern goshawk and Canada lynx. This project builds on a broader landscape of more than a million acres of conserved lands and interconnected forest habitat that stretches beyond the border into New Brunswick, Canada. Reed Forest will remain a working forest, ensuring continued fiber production and protecting jobs and recreational opportunities.

LD 1263 is an expansion of the renewable portfolio mandate that allows solar developers to take the Renewable Energy Credit subsidy that comes from your light bill. Those solar developers would also get federal Production (or Investment) Tax Credits as well as mandated contracts and mandated sales of their electricity back to the grid regardless of whether the grid wants it or can afford it. While FMM would rather see solar than wind, this bill goes too far. First, FMM supports individual (not grid-scale) installation of rooftop solar all over New England, because widely deployed, it could reduce peak load (demand), which is the need for the few old (usually dirty) peaking plants in New England, including Maine's oil plant on Cousins Island. Second, with these last old regional plants retiring, the New England grid needs firm capacity, not the low quality electricity from wind and solar. Third, the scheme envisioned in this bill does no good for ratepayers or the environment, but it siphons massive ratepayer and taxpayer subsidies to so-called "investors" in a product that the market does not need and cannot afford to buy. FMM has opposed the RPS for years on these grounds. The public hearing is this Thursday.

Listen live on the Web at 1:30PM today  at: http://legislature.maine.gov/committee/#Audio/211

After clicking the above link, turn up your speakers and use the audio buttons immediately to the right of the words "Energy, Utilities and Technology Committee Room (EUT)".

Descriptions of the three audio buttons are as follows:

If they start late or take a break, there will be dead air.

If Apple is still owned through majority share by IBM then would not the real villians be the IBM Board of Trustees, using Apple as the Scapegoat? Iphone Ipad, next Ienergy ? I was added to the product to show the world the IBM connection.

Besides wildlife and wind industry fraud, I also happen to know about forestry. Despite what is taught at Universities, there is no such thing as sustained yield when comparing forest lumber yield to first generation cutting.

In a huge region of Northern California where there were once forests with a canopy that averaged 150-200 ft, there are now thickets of spindly trees in the neighborhood of 50-60 feet. Cuttings from these early trees amounted to one and two logs per truck. Now a logging truck will have up to 50 logs taken from these spindly trees.

Apple's interpretation of a working forest is one where the wildlife and biodiversity come in a distant second to their crop being nurtured along with herbicides.

Apple's interpretation of sustained yield refers to the crop they expect from rotation cutting. If Apple decides to burn their forest wood products to produce biomass energy this will be classified as renewable energy and they will receive renewable energy credits and other benefits.

It just gets more and more rigged. And what in the hell does Apple or Google know about renewable energy................Nothing except that it makes money while doing virtually nothing.