This green fraud is as bad as it gets

When Corruption rules................We get nightmare industrial wind projects like the Galloo Island wind turbines shoved down our throats. We also have to hear this terrible news from someone like me, while government agencies sworn to protect our wildlife, hide the facts and lie for corporations.

These Lake Ontario wind turbines will be a disaster for one of Americas great populations of breeding birds. Over 200,000 birds use this small Galloo islands region as a foraging area during their spring nesting season. Every citizen in this country concerned with corruption, should watch this project very closely to see what corrupt entities roll over and try to get this nightmare project approved. 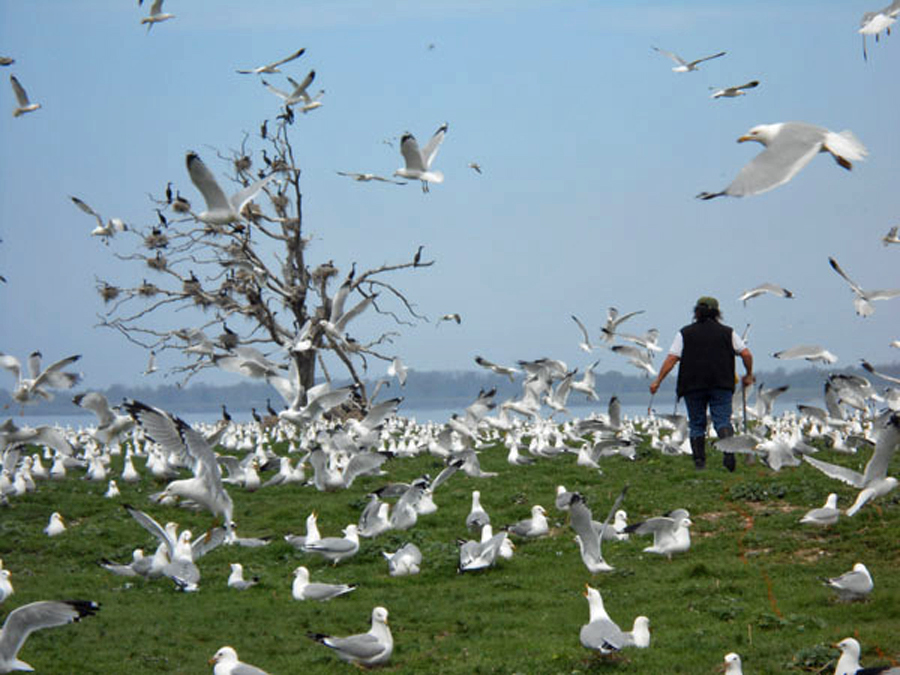 Everyone can also forget about the conservation groups like Audubon helping because they sold out to the fraud known as green energy years ago.

Big Galloo Island is part of a 2000 acre breeding bird refuge. It is a very important migratory stopover for highly protected and even endangered species. The breeding colonies of birds on nearby Little Galloo island will be impacted and slaughtered by the thousands annually in updrafts and along the shorelines. This will also occur when they make energy saving short cuts across Big Galloo Island.

Little Galloo Island is of major importance as a nesting area for large numbers of various colonial waterbird species. It has one of the largest nesting concentrations of nesting ring-billed gulls in North America, with an estimated 80,000 pairs reported nesting here in 1989 and 84,230 pairs in 1990. These waterbird species routinely hunt around Big Galloo Island. These massive wind turbines placed on this island, would be in my opinion, a criminal act. The wind industry making up false mortality/risk estimates from their rigged mortality research and creating bogus bird surveys so these turbines can be approved, is also in my opinion a crime that has gone unpunished.

This island having 32 turbines having a maximum blade tip height of 600 feet and a maximum rotor diameter of up to 450 ft., will kill many thousands of birds annually. This "hell on earth slaughter" will include Eagles, falcons, owls, and dozens of other highly protected species. This genocide will take on private land and it will be covered up.

It is hard to comprehend but each of these massive turbines will have nearly a million cubic feet of blade spinning rotor sweep. No private or corporate enterprise should ever be allowed to destroy this wonderful resource. With honest mortality studies, the mortality per MW from this project will easily exceed 100 birds per MW and likely exceed 500 per MW in the first several years of operation. The mortality from some of the turbines sited along the shorelines could exceed 1000 birds per MW. Then if taking into consideration nesting failures from adults killed by these turbines, it will likely double this carnage.

The great or sick irony in all this is that the water bird nesting colonies of Little Galloo (43 acres) are highly protected. But what good is that when these turbines will annihilate their populations while they are out foraging in these island shallows for their nests. 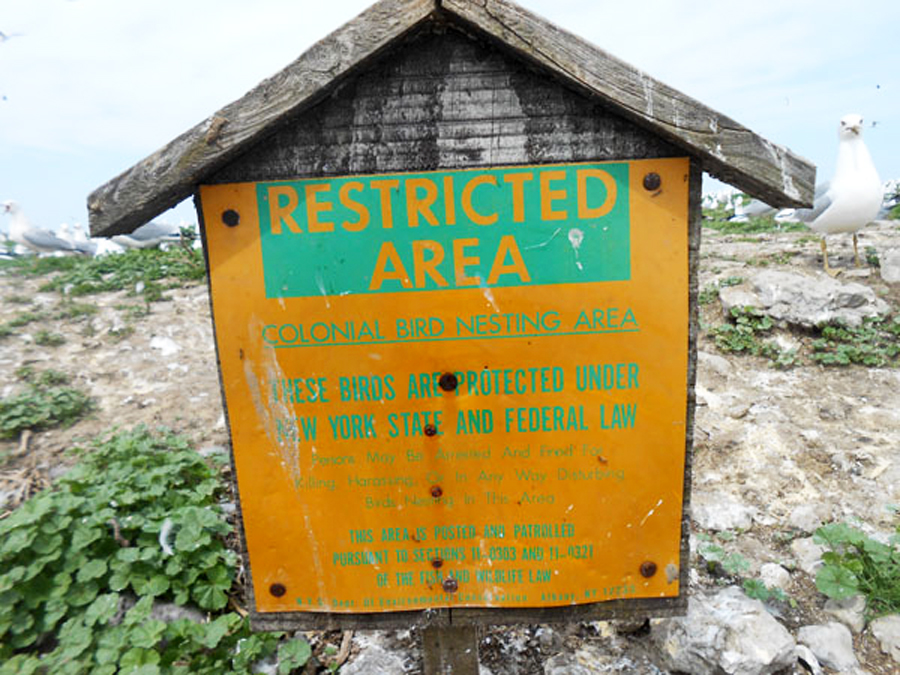 This location will be a major ecological black hole for every bird and bat species using this island. Of course, the public would fully understand this coming slaughter, if mortality research had not been rigged by the wind industry to hide their fatalities from turbines since 1985. 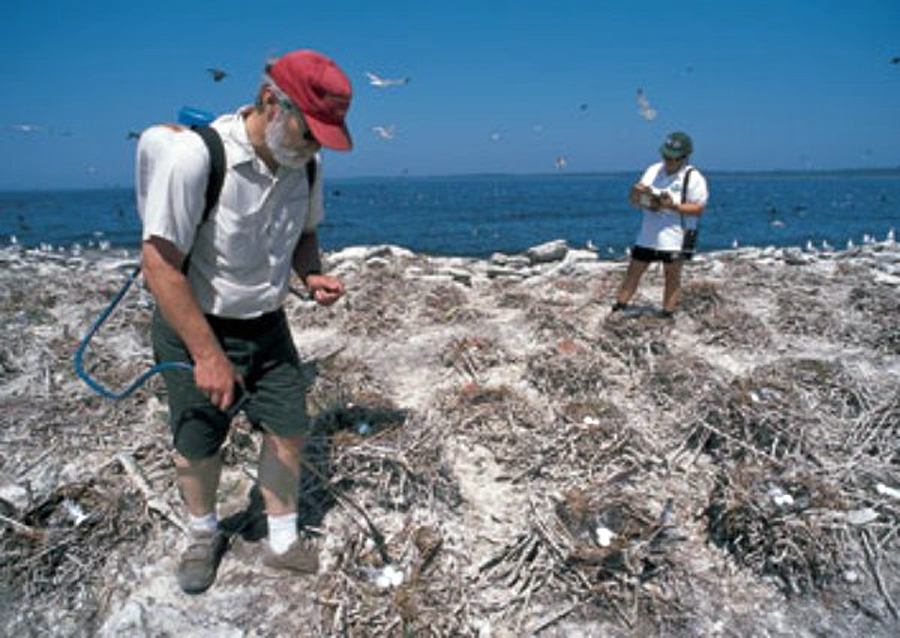 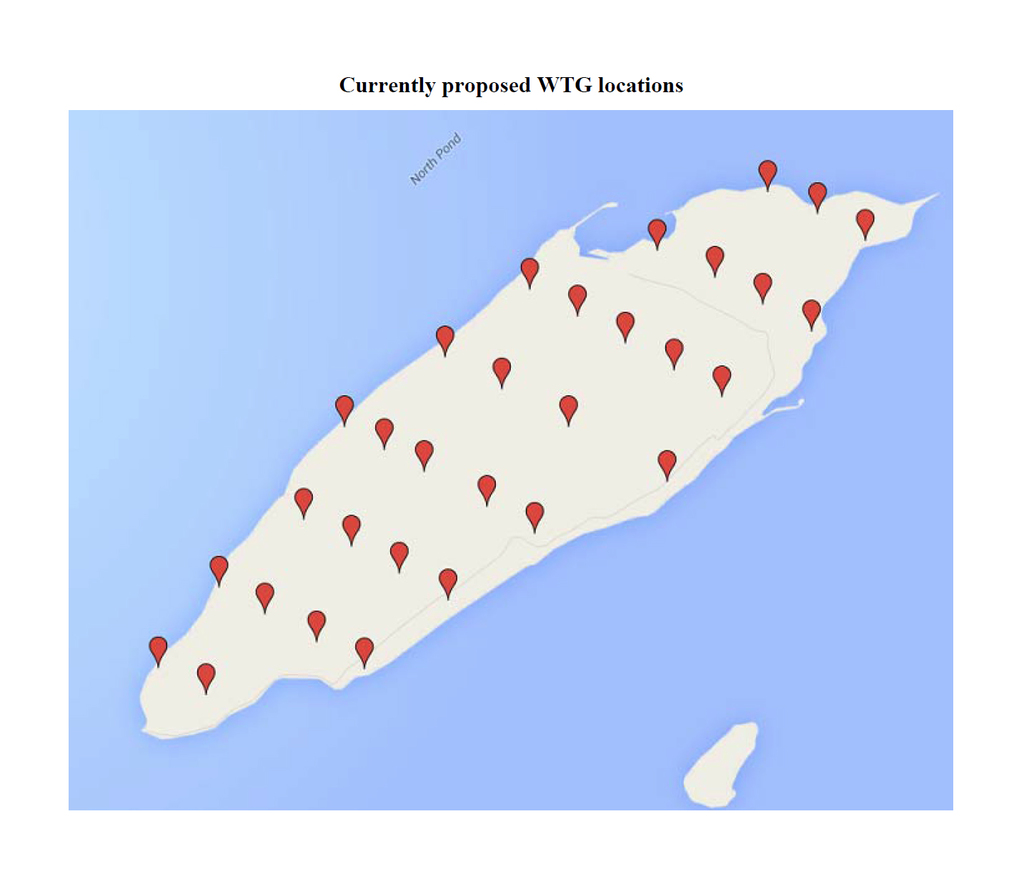