We just hit the 100 day mark of the second year of the UMPI turbine and for these 100 days, only 8.89% of nameplate capacity has been achieved.

That's pretty far from the 100% nameplate figures and related stats that the wind industry constantly touts.

Since this is the only official state-sanctioned in-the-field active data providing experiment with a technology that could destroy much of Maine's core essence, perhaps it is time to investigate all electrical production data of wind turbines in the state before another one goes up. Start with UMPI and then all the commercial wind farms.

If wind farms do not produce anywhere near what they promise, perhaps we need to rethink the harm they cause within the context of such facts. The state should not make such far reaching transformative decisions lightly, based on promises by special interests when they are contradicted by the hard facts. So now that we have this new piece of the puzzle called 15 months of damaging data, it is time to stop and reassess.

That would be called a moratorium - which the Governor has rejected out of hand.

Kurt Adams, when he was head of the PUC, launched the University of Maine's turbine with a $50,000 grant. See attachment or

“It will serve as a demonstration project that can educate Maine communities on the value and cost-effectiveness of harnessing natural resources for clean electricity.”

And how is it that the University of Maine can proclaim this a "Great Decision", in light of the gross failure? See: http://www.bangordailynews.com/detail/143872.html

And how is it that the long time much touted goal of 1,000,000 KWH per year is now mysteriously absent from the UMPI website? Please see: http://www.windtaskforce.org/profiles/blogs/umpi-quietly-revises-it...

I believe that the University of Maine needs to more carefully oversee all of its involvement with wind power, both terrestrial and offshore before Pied Pipers of Hannibal Hamlin Hall lead our children into the river. 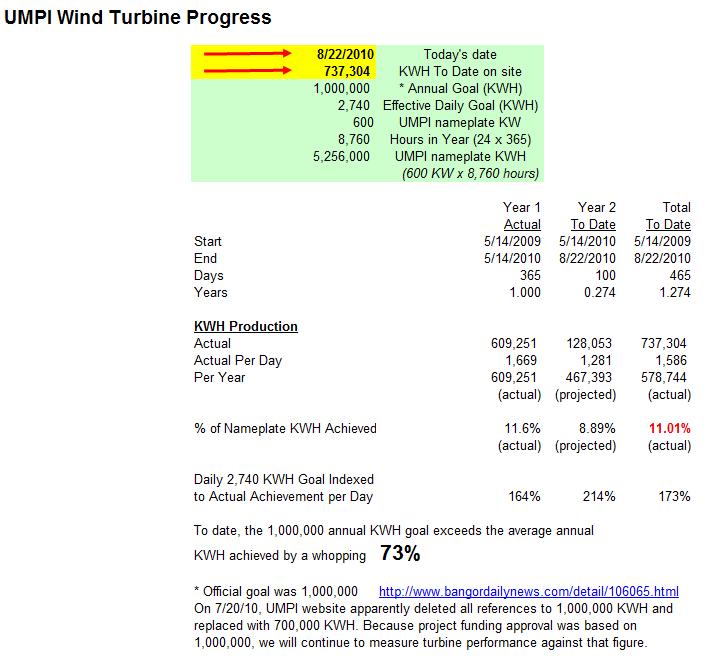 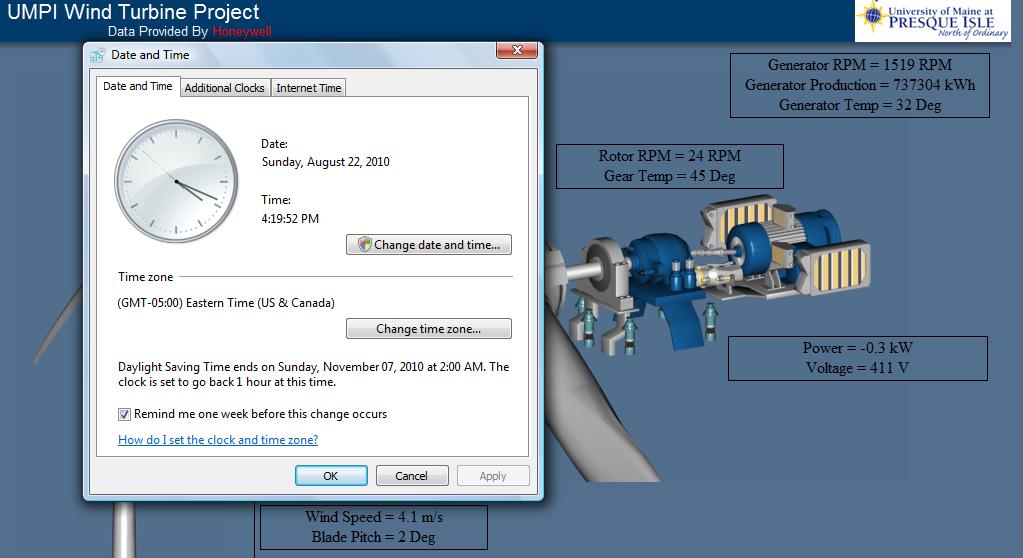