Obviously this corrupt senile puppet is not calling the shots.

Joe Biden let the veil slip Monday, telling reporters gathered at a press conference in Tokyo that unaffordable gas prices in the U.S. are part of a deliberate “transition” to green energy.

Suddenly, Vladimir Putin isn’t to blame anymore as a reporter asked if a U.S. recession is unavoidable.

Struggling to speak coherently, Biden said “When it comes to the gas prices, we’re going through an incredible transition that is taking place that God willing when it’s over we’ll be stronger.”

“The world will be stronger and less reliant on fossil fuels when this is over,” Biden added.

Biden also claimed he attempted to combat soaring prices by releasing 180 million barrels of oil from emergency stockpiles in late March, but admitted that it hasn’t had any effect.

In places like Los Angeles it’s hitting high above $7:

The full article is at the following weblink:

Schwab himself has argued governments are no longer “the overwhelmingly dominant actors on the world stage” and “the time has come for a new stakeholder paradigm of international governance.”

As a result, The National Pulse is announcing a new commitment to exposing the work of the World Economic Forum, and is calling on ordinary members of the public to help support this effort through our crowdfunding site: FundRealNews.com

The full article is at the following weblink:

Klaus Schwab Lauds Davos Elites: ‘The Future Is Built by Us’
On the evidence delivered on day one at the famous Swiss ski resort, Schwab very much sees his organization at the forefront of shaping the world of tomorrow.

Unfortunately outsiders have not been consulted or invited to join the 2,500 people flown in from all around the world to be present.

Who is Tedros Adhanom Ghebreyesus?
https://www.discoverthenetworks.org/individuals/tedros-adhanom-gheb...

The only reason energy prices are going up in the US, is because Biden, and the teleprompter controllers are exporting our natural gas and crude oil to Europe, which enables US energy companies to sell natural gas at $30/million Btu in Europe.

If there were no US exports of natural gas, the U.S. price would be $4/million Btu.

Biden and his SOCIALISTIC gang is screwing hardworking US households BIG TIME.

A green transition into enslavement and tyranny. Making matter worse,  the shit hardly works and the grid's primary base-load energy will always be something else. 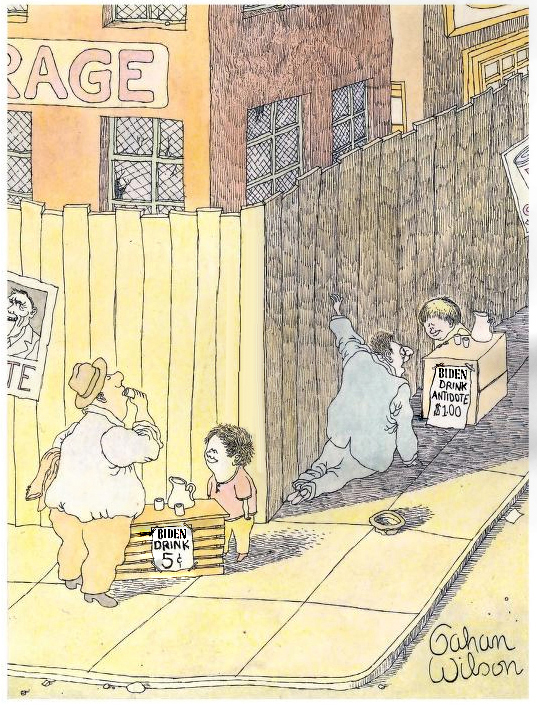