As energy prices rise, thousands of Mainers at risk of losing power

No mention in this article of the natural gas pipelines being blocked. Maine sits remarkably close to massive natural gas deposits, e.g., in PA and NY, but needlessly suffers because new pipelines have been blocked by Massachusetts and New York. Ideology and stupidity are going to get people killed.

More than 2,000 Maine households have been disconnected over the past month, and tens of thousands more are struggling with past-due balances.

Tens of thousands of Mainers have struggled to pay their electric bills over the past two years, resulting in thousands of service disconnections, hundreds of thousands of past-due notices issued and tens of millions of dollars in utility revenue lost.

Federal and state financial aid, coupled with seasonal and pandemic-related disconnection moratoriums, have helped keep many Mainers connected to the grid. Both Central Maine Power and Versant Power, the state’s two largest electric utilities, are reporting fewer disconnections and overdue bills through early May compared with the same period a year ago.

But it’s not all good news. With much of the aid running out, pandemic-related moratoriums no longer in effect and utility bills rising to new highs, the struggles to keep the lights on could worsen for many people.

Each fall, the Maine Public Utilities Commission conducts a competitive bid process to lock down the “standard offer” electricity supply for the year ahead. The majority of Mainers buy their power at the standard offer rate, and they were jolted in January when rates shot up from roughly 6 cents per kilowatt-hour to nearly twice that amount in Central Maine Power and Versant Power service areas.

The price increase, driven largely by rising natural gas prices, has added about $30 a month, or $360 a year, to the average Maine household electric bill. CMP, the state’s largest electric utility, serves roughly 640,000 customers across the state, while Versant serves about 160,000 customers in eastern and northern Maine.

While early projections were hopeful that the price increase would be temporary, that expectation has been replaced with the reality that “forward” prices energy traders pay for natural gas and electricity contracts for delivery next winter aren’t easing and are likely to remain high at least into 2023.

At the same time, with inflation at a 40-year high, families are paying more for food, fuel and housing, leaving many with less left over to pay their natural gas, heating oil and electric bills.

He said the current situation only underscores the “dire need” for serious reform to the state’s electricity system. If Maine is to achieve its climate change goals, it’s crucial that the cleaner option be less expensive than fossil fuels, he said...........................

Environmental board reschedules hearings on CMP corridor for July
https://bangordailynews.com/2022/05/24/business/environmental-board...

It is  puppet Biden's fault and his leftist commie dem. handlers.

The Green Horror is curable though, November is approaching, and LePage is running.

Seth Berry is a troll that has his intentions of running his grandiose owner run utility. He is actually one of the orchestrators of this boondoggle pushing every green new deal that came up. Forcing CMP and Versant to hook up and buy the solar and wind electricity at 400 to 600% higher cost than the standard rate! He's a closet tyrant communist that has a plan for taking care of himself and to hell with the rest of us! He's a pasty faced Obama that has his followers attacking those that disagree or run against him. Beware the man behind the curtain and his flying monkeys!

In 2022, there’s a famine in the land for truth and justice, but for the New York Times all is well. Inflation loots the savings of the people. Energy costs and crime are surging but infant formula is in short supply. The ruling junta quashes free speech, vilifies the people, and supports violent groups that menace lives and property. 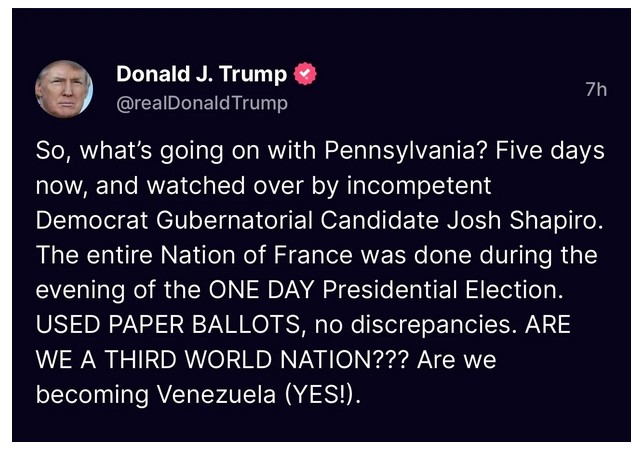 Get building those modular next-gen plants.  Should've started ramping up nuclear decades ago.