Governor Janet Mills’ energy office has just released its preferred site for a 16-square mile offshore wind farm of up to a dozen turbines. Private developers would construct and operate the facility, which would use a unique floating-platforms system developed at the University of Maine.

The site lies in federal waters roughly 35-to-40 miles south of Bremen, and somewhat closer to Monhegan Island. Mills wants to seek a federal "research lease" authorizing the project. Research on the technology’s effects on ecosystems and fisheries is the stated goal. Maine ratepayers would provide the funding through their bills.

The proposal is being praised by renewable energy advocates and businesses, and some conservation groups, but is almost universally opposed by the state's lobster industry. The energy office is holding an informational webinar Tuesday afternoon.

"Any sort of large development is going to have an impact," says Sarah Haggerty, a conservation biologist at Maine Audubon. "They did a great job of reaching out to potential stakeholders to get feedback to try to eliminate as much of that negative feedback as possible."

In an email, Friendship lobsterman Dustin Delano says after his first look at the document, he is disappointed. He says the preferred area appears to be in waters where he fishes, and near an area where federal regulators are considering periodic fishing closures to protect endangered North Atlantic right whales.

“It looks like Zones E and D as expected will suffer more loss of bottom on top of the huge whale closure,” Delano said. “I’m not sure what brought them to where they are, but perhaps we’ll find out tomorrow night. “

In the document released Monday, the Governor’s Energy Office says it may adjust the final location after public comment: “GEO will request a lease for approximately 16-square-miles that allows for flexibility for the final turbine location and layout. Those future decisions will be informed by stakeholder input and based on how to maximize research opportunities while minimizing impacts to resources, consideration of existing activities and uses in the area, and a better understanding of bathymetry after additional survey work is completed.”

An advocate for Maine’s groundfishermen praised the Department of Marine Resources — which advised the Governor’s Energy Office — for hard work to find an area that would have the fewest impacts. But in an email, Ben Martens, executive director of the Maine Coast Fishermen’s Association, also raised concerns that while the chosen site, with its muddy bottom, might be little-used by the lobster industry, other fishermen would lose out.

“Unfortunately, when you use effort data in a state dominated by lobster to cite offshore development, the other fisheries in Maine tend to get overshadowed,” he said. “Groundfish, tuna, herring, and monkfish fishermen will all be disproportionately impacted by this location and we hope [the Governor's Energy Office] will now take the time to directly reach out to, and work with, those fishing families who rely on this area to make a living to ensure the smallest possible community impact."

See the following link for more, including map:

Fisheries aside, the impact to wildlife/marine life in the gulf must be figured in, especially concerning avian and bat migrations and the endangered right whale.  Low frequency sound, blinking lights, thrashing blades.  Surely Audubon would consider birds/whales/bats/etc. "stakeholders" and reach out to them as well. Oh wait...that would be in a perfect world.

The so-called wind and solar ‘industries’ will last for as long as the subsidies keep flowing, and not one second more. Every time the subsidy reins get tightened, the rent seekers howl, claiming that they need them to run for just that little bit longer. Notwithstanding repeatedly crowing about wind and solar already being cheaper.

Renewable energy tax credits are either the superheroes or the vampires of energy policy. They simply can’t die. At this rate, they deserve a comic book series of their own. Five times in the past two decades, wind and solar tax credits were ready to expire, only to be resurrected in later bills or saved at the last moment.

The latest example passed at the bitter end of the Trump administration, with the wind industry’s production tax credit (PTC) being extended by one year to the end of 2021. Offshore wind projects had a 30 percent credit for projects that begin construction extended several years until 2025.

Solar power came out better as well, receiving a two-year extension of its Investment Tax Credit (ITC) through the end of 2023, with large-scale solar projects receiving funds until the end of 2024.

The year 2020 was supposed to be the year when wind and solar tax credits died. Some people were even excited about attending the funeral. In the 2015 tax credits package, Texas Congressman Joe Barton cut a masterful deal to extend renewable tax credits worth about $75 billion through 2020 in return for a lifting of the export ban on U.S. crude oil. The wind industry argued at the time that as wind technology improved, the 2015 extension be the last one necessary before the industry would be able to stand on its own, with no need for tax credits in the 2020s.

But the 2015 agreement was breached by the most recent tax extenders package; the funeral will have to wait.

The problem with the Superhero world is that all long-term positive human behavior, like the deferring of gratification, gets corrupted. Why save for college or turn down your thermostat when a caped crusader who can swoop in and save your bacon? Have you noticed that no character seems to work or spend money within Superhero comics or movies? How does a capitalist economy work when mistakes are undone by a Deus ex Machina every 30 minutes?

For instance, imagine a well-functioning insurance market where Thanos and Thor destroy five cities in an afternoon, yet no one dies from the explosions?

Any market touched by tax credits get corrupted in a similar fashion. Market signals and price discovery simply don’t work well. Wind and solar farms are built because they are profitable for a small set of Wall Street tax-equity investors, not for the public good. At the same time, electric vehicle rebates go to the wealthiest 10 percent of Americans who can afford a $70,000 car, while the middle and working classes take a bus to work.

Even left-of-center publications like The New Republic complain that tax credits currently operate as a tax shelter for tech companies like Amazon and Google to shrink their tax bills. It turns out JP Morgan, Chase and Bank of America do more than half of the $18 billion per year business and take a cut for themselves. And since 2008, tax equity has been more than twice as expensive as debt financing, undermining the core argument for the policy in the first place.

But instead of letting nature run its course, the Biden administration is looking to take tax credits to the next level. The current White House plan would extend “clean energy” tax credits for 10 years’ worth tens of billions of dollars and recommends a “direct pay” system to let renewable energy developers receive direct payments – cash – instead of a tax credit.

“This is something that has never been done to a business in this country,” said Mike McKenna, a former White House Congressional liaison and energy lobbyist in an interview with C3 Solutions. “You are starting to edge very close to nationalizing industry.”

McKenna says wind and solar generally can’t pay for themselves without federal subsidies or state mandates. But he warns “direct pay” will create even worse consequences if and when Republicans come back into power since direct payments are even more abhorrent to Republican views on energy policy than tax credits.

“The next time the Republicans get on top of this game, those things are all going to die, and not a slow death, but as soon as Republicans get control,” said McKenna. “Five years from now, there is going to be a hell of a lot of bankruptcies in the solar and wind worlds when all those direct payments go away. That’s something everyone should be trying to avoid, not encourage.”

In a Superhero world, reality returns when the screen goes black. In the real world, where mistakes can’t be edited out or rewritten, misallocating tens and even hundreds of billions of dollars of taxpayer resources over a series of years can have serious political and economic consequences for families, businesses and the environment. U.S. consumers currently have some of the least expensive retail electricity prices in the developed world. In the end, someone will be paying for these investments in the form of higher energy prices, or worse yet, generalized, long-term inflation. And less economic freedom means a dirtier environment. 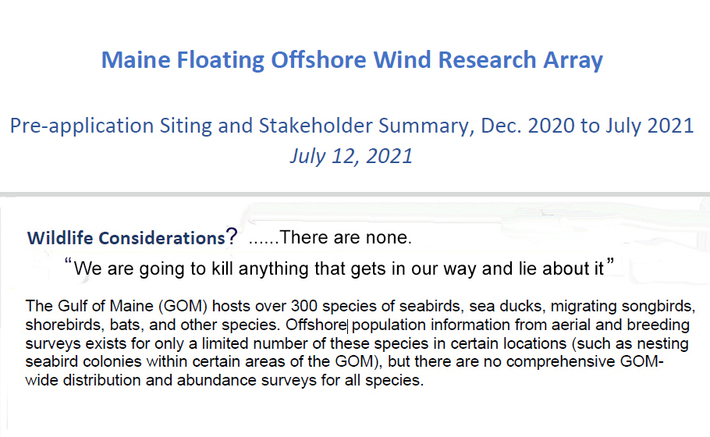 Goldman Has "Aggressively" And Quietly Liquidated A Quarter Of Its Equity Investments
This article translates Goldman's euphemistic language into plain English.
https://www.zerohedge.com/markets/goldman-has-aggressively-and-quie...