Comment by Thinklike A. Mountain
Globalists Will Need Another Crisis In America As Their Reset Agenda Fails

It might sound like “US exceptionalism” to point this out (…and how very dare I), but even if the globalist Reset is successful in every other nation on Earth, the globalists are still failures if they can’t secure and subjugate the American people. As I’ve noted many times in the past, most of the world has been sufficiently disarmed, and even though we are seeing resistance in multiple European nations against forced vaccination legislation and medical tyranny, it is unlikely that they will have the ability to actually repel a full on march into totalitarianism. Most of Asia, India and Australia are already well under control. Africa is almost an afterthought , considering Africa is where many suspect vaccines are tested.

America represents the only significant obstacle to the agenda.

The fear narrative is falling apart. States across the US are opening and are refusing to implement useless mandates. In my home state of Montana, legislators and the governor are passing laws that forbid the enforcement of medical passports. Even major corporations are not allowed to demand vaccine passports from customers or employees.

On top of that, 40% to 50% of the US population in polls are refusing to comply with the vaccine rollout or medical passports. Why take a vaccine for a virus that 99.7% of the population is unaffected by anyway?

The jig is up. The globalists are going to need another crisis if they hope to enforce further lockdowns in the US, along with medical passports and disarmament. Do not be surprised if there is more engineered chaos going into the summer months. But what will the next crisis look like? I think we are already seeing the signs…

The Climate Council is part of a Dem/Prog SOCIALIST takeover scam.

It uses false enviro-hysteria, including:

1) The Climate and Green-Energy frauds
2) The full lockdown for Covid-19 fraud
3) The illogical linking of linking these frauds (such as: to solve Covid 19, we have to solve Climate Change)
4) The paid-and-planned terrorism, by Antifa and BLM, is condoned/encouraged by Dem/Progs,
5) The universal mail-in ballot USA election scam

ALL OF IT is false and fraudulent.
It is all part of the “Great Reset and Remake of America”.

The Climate-and-Covid scares are false crises, concocted by Dem/Prog wolves to stampede the sheep.

The tactics used by the Dem/Prog GW propagandists are straight out of Lenin’s playbook.

The UN Climate-gate emails, of a few years ago, provided further evidence of GW deceit.

Those folks do not debate.
They shout down dissent.
They seek to harm those who disagree with them – straight out of Lenin.

The purported “science” of GW catastrophes has been disproved many times, over the decades.
Everyone of the warmists’ very-scary predictions, some 80 or so since 1970, have failed to happen.

The most objective measure of scientific competence is the ability to correctly predict.
The climate fraudsters have been 100% wrong to date.

There is a powerful logic that says no RATIONAL person can be SO wrong, SO obtuse, for such a LONG time.
They must have a COVERT agenda.

The Dem/Prog wolves, proponents of both the very-scary Global Warming / Climate Change scam, and the Covid-19 Lockdown scam, know they are lying.

Note also how many “RE leaders/RE stake holders” quickly linked the two scams, stating ”to solve Covid, we have to solve Climate Change”
All of it is utter nonsense, not even plausible enough to be specious.

Regarding the sheep, especially those who inhabit our universities and governments:

The sheep, worried about tenure, spout their warmist’s views as absolute truths, without ever having spent sufficient effort to investigate them.
The false warmist’s narrative fits their negative worldview.
They never seriously questioned it by examining the contrary evidence.

The policy incompetence regarding CO2 reduction of Vermont governments over past two decades is appalling.

1) Destroy the Vermont economy and our CONSTITUTIONAL freedoms,
2) Aim to replace them with CENTRALIZED COMMAND/CONTROL

Handing those Dem/Progs $200 million, AS A DOWNPAYMENT TO GET THE RE BALL ROLLING, will make the Vermont PEOPLE weaker and poorer.

Now if we could just find a cure for progressavirus-20 or Provid20 . 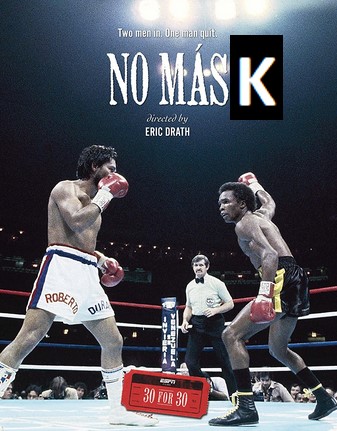