At this post is an outstanding example that exposes a fraudulent opinion being given by the Sierra Club. This is an opinion being used in the media to help sell bird slaughtering wind projects. As pointed out, there is no scientific validity for the opinions being given.

This author is much nicer than I am. I have seen so many wind energy lies printed from Audubon, Sierra Club and Royal Society for the Protection of Birds (RSPB), that as an expert, I have to refer to these charities for what they are...........Criminal Fraudsters.

Read about Charity Fraud below and see how it fits into the activities of conservation groups pretending pretending to be protecting birds.

Charity fraud, type of fraud that occurs when charitable organizations that solicit funds from the public for philanthropic goals, such as seeking cures for diseases or aiding the families of slain police officers, solicit donations in a deceptive manner or use the monies that they collect for purposes not intended by the donors. Charities are subject to the kinds of fraud that can also plague business organizations, such as embezzlement and misappropriation of funds by executives.

Establishing and prosecuting charity fraud is not necessarily straightforward. Many scholars agree that money solicited by persons or groups that are not legitimate charitable organizations constitutes charity fraud, but the question of fraud is complicated when considering charities that use a high percentage of donations for administrative costs or additional fund-raising rather than for the charitable cause. These kinds of issues, as well as the very large number of charitable organizations worldwide, make charity fraud difficult to monitor and eradicate.

Charity fraud is perceived as a particularly abhorrent kind of deceptive business practice because it abuses the trust of altruistic persons who offer donations with the expectation that they are assisting those in need. Charity fraud can result in a lasting backlash because those responsible have manipulated the emotions and generosity of donors in order to elicit a donation, leading to anger and disillusionment if it is revealed that the charity and philanthropic promises were invalid. Disillusionment and suspicion caused by fraudulent charitable solicitation or misappropriation of funds has the additional effect of tainting the fund-raising appeals of legitimate charities, which suffer by association with those who defraud donors.

Bottom line......If an organization claims to be helping birds, but is using false opinions (for their financial gain) that promote bird slaughtering wind projects..... It is fraud.

I sometimes think these environmental groups are somehow allied with America's enemies.

Can someone please explain why the National Wildlife Federation has a partnership with the Wuhan Institute of Virology? 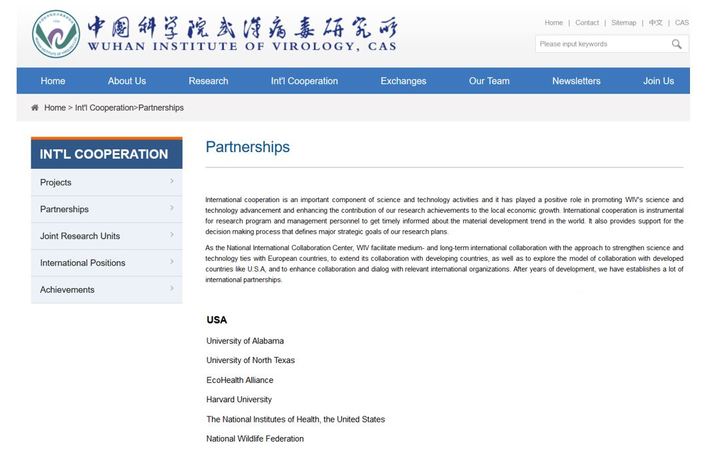 The Sierra Club and their foundation is a huge powerful lobbying group.

TOTAL IN 2016
Dollars donated to support advocacy efforts
71,884,500
Number of volunteers
5,059
Number of audience members willing to take action on behalf of a specific issue
730,000
They are tax-exempt yet have a massive political action, err. education network reaching from Pacific to Atlantic in every state and many towns. They pay no taxes, yet in 2018 made $1,875, 537 in grants to charitable organizations.  The total contributions available is $5,555,475.
The Sierra Club Foundation showed assets in 2018 of $173,105,225, compared to 158,248,704.
$77,436,260 of the revenue came with donor restrictions, for a total revenue, adjusted, of $97,004,098.  Slightly over $6.8 million is spent on  fundraising services for a total of $9,388,357 in Fundraising support services.
The Sierra Club spends the money raised by the Foundation.
Lot's of forms, but the summary for 2018 revealed a $15,000 contribution to the Democratic Legislative Campaign Committee in Washington, D.C., and $50,000 to the COLORADO FOR ALL bus tour sponsored by the Colorado Democratic Party.
So obviously they are 'married' to the Democrat's party, question is how do they directly influence Maine democrats?  What better way to lobby legislators than a bus ride?