The Climate Change Non-Treaty Is Now in Force. Nothing Will Change

Maybe "The Donald" doesn't really have to do anything about this other than shut off any money flowing from US to them.

The Climate Change Non-Treaty Is Now in Force. Nothing Will Change.

The Paris Accords on climate change is now in force.

The accords are not a treaty. There are no sanctions for non-compliance. A law without sanctions is not a law. It is a suggestion. There is no institutional arrangement to force compliance. Think of the United Nations with no building or flag or blue helmets.

Yet the Left is ecstatic, or pretends to be. An article on the Huffington Post is a nice example. HP reprinted it from an obscure website.

The Paris Agreement, that comes into force today, represents a watershed moment in the fight against climate change. The unanimous agreement by 196 states, to clear targets and mechanisms to steer the global economy to zero emissions, is now law. Entry into force occurred at unprecedented speed. How will it go down in history? Could it be seen as the greatest example of multilateralism, ever?

The treaties that defined Christianity, the nation state, inter-war peace and the global monetary system - the First Council of Nicaea 325, the Peace of Westphalia 1648, the Congress of Vienna 1815 and Breton Woods 1944 - are useful comparators to help answer this question.

These "comparators" are quite useful. Let's look at them.

The Council of Nicea was called by the Emperor Constantine. It was held in 325 A.D. There, bishops from all over the West assembled together to define what it meant to be a Christian. It asserted the doctrine of the Trinity. This is the only doctrine that most Christians say they agree with. All other doctrines have defenders in the splinter denominations that mark the inability of the churches to enforce any other doctrine. While theological liberalism is Unitarian, the liberals at least have not been able to change the formal creeds and confessions of the church. Bishop Arias, the original Unitarian, lost in 325. It took decades to clean out the church. The Visigoths were Arians. But they did not remain either Visigoths or Unitarians after they conquered Rome in the fifth century.

The treaty of Westphalia in 1648 officially ended the political relevance of church creeds. From that time on, Western Europe became more and more neutral in terms of ecclesiastical creeds. New creeds were substituted, with new divinities. These political divinities were all manifestations of the newly sovereign god of humanity. The God of the Bible was relegated to the political shadows -- politically dead. But these rival gods have remarkably short life spans. Marxism is the most recent fatality in the West's death of God movement.

The author tells us:

Nicaea and Westphalia were negotiated during a time when multilateralism didn't exist, where dominance bested compromise. In 325, religion was the most important aspect of social identity in Western Europe. Heretical Christian belief warranted death. It is admirable that Nicaea saw a civilized conference and respected decision making. Treaty-making accelerated after the 1850s and the creation of the United Nations made co-operation easier.

What about his other two examples: the Congress of Vienna and the Bretton Woods agreement?

Climate change is a problem of wide scope, requiring a compromise between parties to best limit emissions while ensuring development. Those present at the Congress of Vienna in 1815 faced a similar scale of difficulty. The Napoleonic Wars had swept across Europe, obliterating conservative traditional institutions and advocating liberty, fraternity and equality. The four great powers and France met to solve not just issues of territory and reparations, but to establish a governing world order that would maintain peace.

Both COP21 and Vienna required mediation between developing economies and industrialized nations.

The Congress of Vienna did help to maintain peace. So did the international gold coin standard. Both ended in the weeks after World War I began in August 1914.

So far, we have learned that three out of the four multinational agreements are historical relics.

What about Bretton Woods?

Breton Woods, established in 1944, created much of the machinery of the modern global financial system. Although the issues addressed were complex and important, they pale in scope to the breadth of issues on the table in Paris. The most pressing need is the orderly reduction in GHG emissions around the world, but adaptation, mitigation finance, loss and damage also have to be addressed simultaneously.

How successful was Bretton Woods? What was it?

Breton Woods established an international monetary system that helped rebuild destroyed economies and now exists as the World Bank and the IMF.

He misses the point. Bretton Woods was an agreement among the United States government and other governments to redeem the dollar in gold at $35 per ounce. At any time, a foreign government or central bank that held dollars could buy gold at this fixed price. In exchange, members of the IMF deposited at least a token amount of gold. They agreed to hold the dollar-denominated prices of their currencies at a fixed rate. This was a system of government-imposed price controls.

Economic theory tells us that price controls always produce gluts of overpriced goods and scarcities of underpriced goods. In the field of monetary affairs, this is known as Gresham's law: "Bad money drives out good money." So, from time to time, members of the Bretton Woods system devalued their currencies. They cheated. They broke the rules.

Then, on Sunday evening, August 15, 1971, Richard Nixon announced the end of the agreement. He said that the U.S. government would no longer redeem dollars in gold. The fixed exchange rate system shattered on August 16.

Bretton Woods is dead. Its headstone should read:

Bretton Woods, 1944-71
Beloved child of the Bank of England and the Federal Reserve System
Ashes to ashes, dust to dust

The ashes are fiat currencies. The dust is gold dust. The latter maintains its value longer.

So, out of four examples of multilateralism, we are at best one for four. The Nicean Creed is unenforced politically. The Treaty of Westphalia overturned it. The Treaty of Westphalia is being challenged by Islam. We will see how long it is enforced. If the European Union and European Commission bureaucrats get their way, it will remain unenforced until the RU and EC are replaced by Sharia states. Westphalia is today in the intensive care unit. Its vital signs are weak. The Congress of Vienna ended in 1914. Bretton Woods ended in 1971.

The comes the Utopian dream:

The Paris Agreement's goal is to curb dangerous global climate change and chart a new course in the global climate effort. With early entry into force set against such a challenging geopolitical backdrop, alongside its vast scope and the extraordinary breadth of participation and commitment from both states and non-state actors, Paris has the potential to go down in history as an exemplar of multilateralism.

If history judges it so depends on our next steps. Now that the Paris Agreement has entered into force, our task is to ensure that all actors raise their ambition and turn to the challenge of implementation.

My recommendation: don't worry about it. The global warmers have fired their big gun. 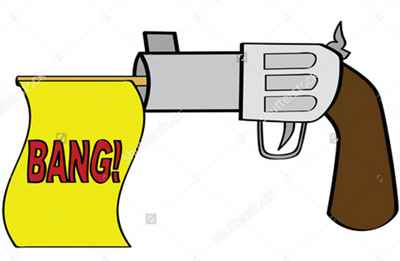 Doubt me? Read this.

As we all know climate change has been around since the Earth was formed - with temperatures up and Down! What we need now is he truth where we are - And actually Angus King tells the truth on this - In 150 years 1.4 degrees C up and the Atlantic Ocean has risen 5 inches!  And it is now times for the truth about what has caused this - In truth!  The permafrost is melting in the Arctic ( beneath the surface from the Earth's core) There are giant methane gas leaks (naturally caused) in Siberia - And the Pacific Ocean is shrinking! Let's get all the science in the table -Not just the "scare tactic" science.  And yes - cancel the UN climate change accord agreement!  As you have pointed out and others - It is a mechanism to transfer accomplish the transfer of wealth - and that is all!