S. Donald Sussman, the billionaire husband of Congresswoman Chellie Pingree (D-Maine) gave hedge fund D.E. Shaw its start with $28 million. D.E. Shaw is the longtime half owner of First Wind, the wind developer running roughshod over the ridges and mountains of Maine in its endless pursuit of taxpayer funded subsidies, stimulus grants and government mandated support from ratepayers. Sussman is also the owner of Maine Today Media, owner of the largest newspapers in the state such as the Maine Sunday Telegram, Portland Press Herald, Kennebec Journal and Morning Sentinel.

The screenshot below references the $28 million amount. One would think that if you're a fellow legislator and Chellie gets you money, you listen to her on policy. Watch the lame duck session.

Her value to to the Democratic party, says Brewer, is also due to the help she can give to other candidates. "She is someone who other members of the party turn to for assistance, whether it's assistance in terms of policy or in terms of re-elections," he says.

Brewer says a key factor is the enormous wealth Pingree has access to through her husband - billionaire financier and noted Democratic donor Donald Sussman. 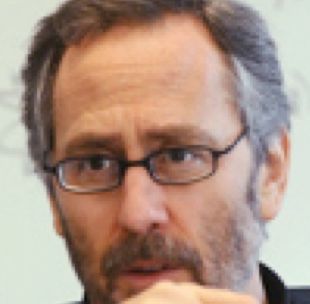 According to Teri Buhl, the Paloma’s main fund was up 20% in 2009 and has had an average annualized return since inception of over 20%. In her Greenwich Time article, Ms. Buhl also reported that Sussman's fund has incubated several hedge fund trading legends, “such as David Shaw of D.E. Shaw; Dan Arbess, who runs Perella Weinberg's Xerion Fund; Bruce Kover of Caxton Associates; Richard Perry of Perry Capital; and Dan Och of Och-Ziff.”

First Wind Holdings LLC will get a $117 million loan guarantee from federal "stimulus" funds to finance the construction and start-up of a wind energy project in Kahuku, Hawaii, the federal Department of Energy announced Friday. Once complete, the project will create "six to ten" jobs, according to the Department of Energy. At $117 million, works out to a federally guaranteed loan of between $19.5 million and $11.7 million for each job created.

Last year, when the Obama administration awarded its first windmill windfall of $115 million to First Wind, wereported on some of First Wind's connections to the administration:

First Wind ... had owners that included D.E. Shaw and Madison Dearborn Partners. Shaw is the firm at which President Obama's chief of the National Economic Council, Lawrence Summers, held a $5.2 million a year, one-day-a-week job, and Madison Dearborn is the firm of which Rahm Emanuel, now the White House chief of staff, said, "They've been not only supporters of mine, they're friends of mine."...

From the attempted First Wind IPO:

16 times as high as the second largest campaign contributor.

Don't let the door hit you on the way out.....and please give our regards to Rochelle.

Tom...I don't contact congress people anymore. Stopped a long time ago. Finally figured it out that it wasn't ignorance that influenced their wind farm views , but money. As an example, I talked to my local state rep. on the phone at length ...who was pro. Several years later , found out that he had a lot of rental property,  up here in the boonies of ME, and his own mortgage with Deutsche Bank. So don't worry about my calling them . Waste of time.

Has anyone called for a congressional probe into thismatter?  If the story holds up, perhaps you should.  My Congressman, Jim Jordan, has been reluctant to dedicate any Congressional floor time to the specific issue of wind subsidy, although he strongly opposes subsidies to selected industries and companies in general.  If any Congressperson you contact gets on board, I would appreciate the opportunity to ask Congressman Jordan to consider joining forces.  Thank you.

Thank you Long for your tireless work for a number of years.A lot of things have changed since these posts. I don't think legislators will be so quick to jump on the wind band wagon when they think it will affect reelection or slowing down of campaign donations/bribes. Look what happened to Michaud. His donators were dubious. All the banks which propped up First Wind are under scrutiny for being criminal and laundering money. I am even getting Susan Collins post on my FB news feed about how she is saving the environment. ...one wind farm at the time.

Under some of the regimes, the mass media were under strict direct control and could be relied upon never to stray from the party line. Other regimes exercised more subtle power to ensure media orthodoxy. Methods included the control of licensing and access to resources, economic pressure, appeals to patriotism, and implied threats. The leaders of the mass media were often politically compatible with the power elite. The result was usually success in keeping the general public unaware of the regimes’ excesses." From the 14 points of fascism

Confidence tricks exploit typical human characteristics such as greed, dishonesty, vanity, opportunism, lust, compassion, credulity, irresponsibility, desperation, and naïvety. As such, there is no consistent profile of a confidence trick victim; the common factor is simply that the victim relies on the good faith of the con artist. Victims of investment scams tend to show an incautious level of greed and gullibility, and many con artists target the elderly, but even alert and educated people may be taken in by other forms of confidence trick.[6]

Accomplices, also known as shills, help manipulate the mark into accepting the perpetrator's plan. In a traditional confidence trick, the mark is led to believe that he will be able to win money or some other prize by doing some task. The accomplices may pretend to be strangers who have benefited from performing the task in the past.

Deutsche Bank was caught for fraudulently using cap and trade to steal money in several European countries. They were on Hitler's side in the 2nd world war. Not surprising that they back First Wind. And that our local legislator way up here in the boonies had all his rental property and his house financed with them.

This article explains just how closely DE Shaw is tied to the democratic party and why the courts never convict them of crimes.

The banks that First Wind has done business with seem to be shady, getting in trouble with underhanded tactics repeatedly. This article in Huff Po names about half of First Wind's financing friends that I can remember..http://www.huffingtonpost.com/2014/11/12/banks-fined-currency-probe... These are international gangsters.