Ole Amundsen III said his resignation was a “very difficult” decision based on quality of life. He’s been making a 2½-hour round trip daily from his home in Waterville on Interstate 95 and an increasingly congested Interstate 295 – a commute that contributed to a very busy year professionally and personally.

Waterville and Maine Audubon headquarters in Falmouth are about 70 miles apart via I-95 and 295, meaning the above mentioned driving would project to a weekly commute of 700 miles, assuming five days of commutation per week. While Maine Audubon advocates placement of thousands of industrial wind turbines throughout Maine's countryside to combat CO2 emissions, it can be noted that a full 50%  of CO2 emissions in Maine derive from driving whereas only 10.81% derive from electricity production. That electricity percentage is well below the national average as shown in the tables below.

But according to the EPA, it turns out that the only CO2 source which wind power would seem to have any effect on, electric power, accounted for only 10.81% of Maine's CO2 emissions in the most recent year for which data are available, 2012. The national average for the same year was 37.49%. Looking at the last five years, 2008-2012, the story is the same - Maine's electricity production plays relatively little role in creating CO2 (12.57% vs. the U.S. average of 38.70% or less than a third of the national average).

Meanwhile, transportation accounts for 50.06% of Maine's CO2 emissions and recently we have seen our speed limits increased, all but assuring even more CO2 to come from Maine transportation. I personally do not object to the higher speed limits. However I find it frustrating that many of those who cite climate change as justification for littering Maine with these grossly inefficient turbines and new wind-required transmission offered no objections to creating more CO2 by our number one CO2 emitter, transportation,  when the speed limits were increased.

CO2 avoidance is but one of many foundations of the 2008 expedited wind law that does not stand up to scrutiny. It is clear why the law had to be rushed through - its wind industry authors did not want anyone in the legislature to read it. They didn't and countless Mainers continue to suffer as a result. 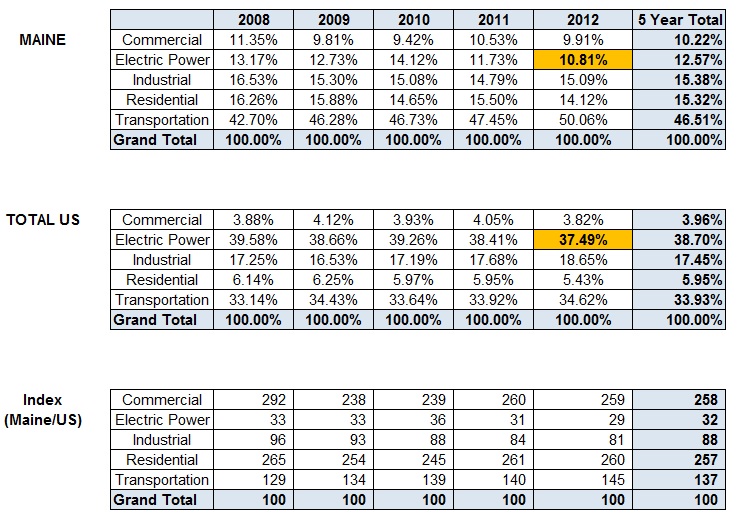 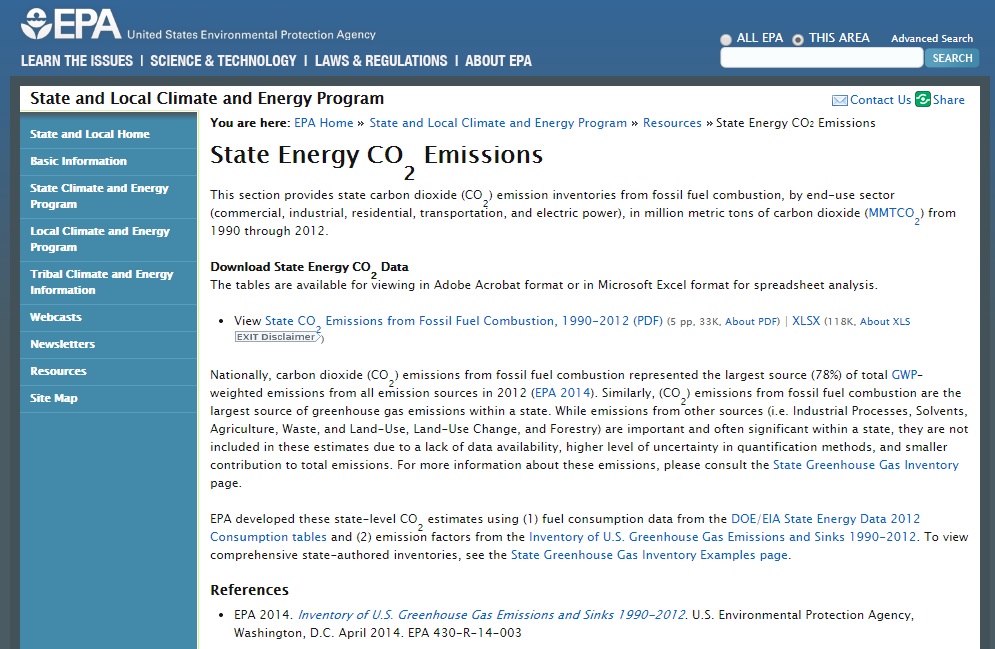 Kinda reminds me of a few other great "Climate Change" advocates like Leo DiCaprio, Al Gore, President Obama, the Clintons.  They all live in very large houses, sometimes many houses, drive very big limos, fly private jets, yet lecture to the rest of us we have to cut carbon burning.  This is crap.  Leo DiCaprio flew in his private jet from Cannes (that's in the South of France) to I believe Chicago to receive an environmental award, left the presentation, boarded his plane and flew back to Cannes. Talk about hypocrisy!

Paula - electricity production is a virtual non-factor in Maine's carbon emissions. But this did not stop the legislature from passing Baldacci's totalitarian wind law. Meanwhile, the Maine legislature raised the speed limits which guarantee more carbon coming from our already # 1 carbon source - driving. The media never says a peep about this absurd hypocrisy and instead stands buy silently as Maine is destroyed.

Thank you for finding and posting the actual numbers.

Makes it really hard to see the justification for the wind turbines that just starting turning here in Clifton. I got an email at 6:30 this morning from a friend who now knows that all that we'd heard and feared about turbine noise is very true and accurate. You tell me that isn't a taking of his home and land.