Hidden Vestas Wind Company 110 Decibel Letter & Emails Shows Misappropriation of ARRA Federal Stimulus Funds Caused Health & Safety Problems
Falmouth Massachusetts USA 3/4/19
MassDEP financed torturous chest pounding 110 Decibel Falmouth wind turbine and demanded changes To Article 2 during Falmouth Special Town Meeting June 2009. (See video 41 minute mark)
What the Massachusetts Department of Environmental Protection did goes well beyond "Regulatory Capture" which is a form of government failure which occurs when a regulatory agency, created to act in the public interest, instead advances the commercial wind turbines and a political agenda of special interest groups that dominate the commercial wind turbine industry it is charged with regulating.
This was criminal.
Part I - Misappropriation of ARRA federal stimulus funds to take health and property rights by state & federal agencies:
Between 2007 and 2010 the Massachusetts Department of Environmental Protection ran a program called the Massachusetts Energy Management Pilot Program. This program financed the Falmouth second wind turbine known as Falmouth Wind II, which all those involved knew in 2005 according to a KEMA Inc. map the turbine was too loud to be placed near residential homes.
MassDEP took the lead in this pilot program working in partnership with the following agencies: Department of Energy Resources (DOER), EPA Region 1 (New England), University of Massachusetts - Amherst (UMass) , Massachusetts Renewable Energy Trust, Consortium for Energy Efficiency, and Major gas and electric utilities in the state. All these agencies took part in the use of federal stimulus funds which do not allow a substantial and specific danger to public health or safety related to the implementation or use of covered ARRA funds.
The installation of Falmouth Wind II in 2012 is an embarrassment to all these agencies, utilities which include the New England federal EPA with the help of the Town of Falmouth continue to hide the August 2010 Vestas wind turbine company letter that the turbine generates a chest pounding 110 decibels of noise.
(Written letter August 2010)
August 3, 2010 : WasteWater Superintendent, Town of Falmouth Public Works
59 Town Hall SquareFalmouth, MA 02540RE: Falmouth WWTF Wind Energy Facility II "Wind II", Falmouth, MAContract No. #3297"The Town has previously been provided with the Octave Band Data / Sound performance for the V82 turbine. This shows that the turbine normally operates at 103.2dB but the manufacturer has also stated that it may produce up to 110dB under certain circumstances.
The federal stimulus funds called the American Recovery and Reinvestment Act (ARRA) 2009 funds were placed in the Massachusetts State Reserve Fund and named the Green Project Reserve of 2009. The American Recovery and Reinvestment Act (ARRA), Green Project Reserve of 2009, through the State Revolving Fund, provided almost 5 million in funding for the 110 decibel Falmouth Wind II turbine.
The Town of Falmouth signed a Project Regulatory Agreement and loan agreement with the Massachusetts Department of Environmental Protection for Falmouth Wind II. The agreement requires the Town must maintain Wind II as an "energy efﬁciency" project, as described in EPA guidelines dated March 2, 2009, in order to benefit from the ﬁnancial subsidy provided by the Trust under ARRA and the Trust's Clean Water State Revolving Fund program. Under federal regulations governing the Trust's ARRA grant at 40 CRF Part 31.30(d)(l).
Part II - Misappropriation of ARRA federal stimulus funds to take health and property rights by Falmouth town officials.
In order for the Town of Falmouth to receive the 5 million loan to build its second wind turbine Falmouth Wind II the town had to hold a rare Special Town Meeting in June of 2009. The meeting consisted of three articles.
Town code chapter 49 section 2 shows that prior to any Special Town Meeting the meeting members shall have a published copy of the Articles in advance. At the June 2009 Town Meeting Members voted for a five million dollar loan, Article 2, as seen at around the 41-minute mark and forward in the video of that town meeting.
The moderator of Town Meeting announced prior to voting on Article 2 that a motion had been made to change Article 2 during the meeting. There was no discussion on who introduced the motion or a vote to accept the motion only a hand out left at the door.
At the June 2009, Special Town Meeting members were instructed by the Town Moderator they should have picked up a "Blue Piece of Paper" when they came in. Many members did not have the paper at the time of the vote in which case more papers were handed out with the old Article 2 for the loan and on the other side the new Article 2 for the vote on the 5 million dollar loan on Falmouth Wind II.
Only one Falmouth Town Meeting Member questioned the change in the wording of Article 2 on the "Blue Piece of Paper Handout."The Town Manager at that time responded that the Massachusetts Department of Environmental Protection had demanded the change of wording in Article 2.
Town Meeting Members were led to believe during the June 2009 Special Town Meeting that the 5 million for the second Falmouth wind turbine was a grant. They were even told this is the money you have heard so much about.
For years Falmouth officials have refused to say if the money for Falmouth Wind II was a loan or a grant because of the 2009 Falmouth Special Town Meeting.
Part III- Massachusetts Admits Screw Up - How about paying back the wind turbine victims their legal expenses?
Massachusetts Governor Charlie Baker admitted to Congress in February of 2019 last month when asked about noise, shadow flicker and declined property values in Falmouth over turbines he admitted the state screwed up.
Watch the video starting at the 41-minute mark MassDEP asked for changes Article 2 http://www.youtube.com/watch?v=g8LFk6JbxhU&t=2923s 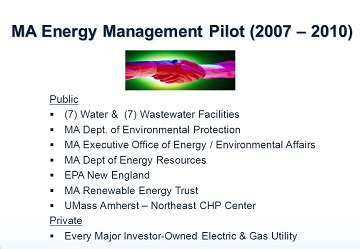 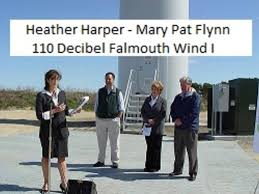 Falmouth Massachusetts Wind Turbine Disaster: "We took on a huge risk and I think we were successful but we're a large community and I think we can take on that risk," observed Falmouth assistant town manager Heather Harper.