I wonder whether this will also finally get some sunlight on the mysterious Delaware registered highly secretive partner of King's in this deal - "Bayroot", perhaps named after the college drinking game of same name. Of course that just might make sense as after a couple years or so it was finally revealed who this company was - the ultra well endowed Yale University Endowment Fund.

Like they needed Joe and Jane Taxpayer to guarantee them that they couldn't lose?

Funny too how Yale prides itself as a savior of the planet and behind the shroud of their Bayroot shell, they are a truly savage clear cutter. Report Refers to project as part of a pattern of “dysfunction, negligence and mismanagement”
(This story was updated at 3:44pm)

Just a day after Angus King announced he was divesting his stake in his wind energy company, a Congressional Oversight Committee has called into question the basis for a $102 million loan guarantee granted to King’s Record Hill Wind project.

The U.S House of Representatives Committee on Oversight and Reform yesterday released an extensive report on questionable funding for projects authorized through the U.S. Department of Energy. The report, titled “The Department of Energy’s Disastrous Management of Loan Guarantee Programs”, reveals that the Record Hill project received a loan guarantee based on “questionable reasoning” by King’s company.

From the report:
“After conducting a substantial review of the Department of Energy’s (DOE) loan guarantee program, it is clear that the significant losses absorbed by taxpayers as a result of Solyndra’s collapse is just the beginning. The investigation conducted by the House Committee on Oversight and Government Reform has uncovered numerous examples of dysfunction, negligence and mismanagement by DOE officials, raising troubling questions about the leadership at DOE and how it has administered its loan guarantee programs.”

The report shows that the Department of Energy (DOE) “approve[d] Record Hill Wind’s $102 million loan guarantee project as “innovative,” despite the project using commercial technology. DOE knew that the Record Hill project did not use significantly innovative technology.” 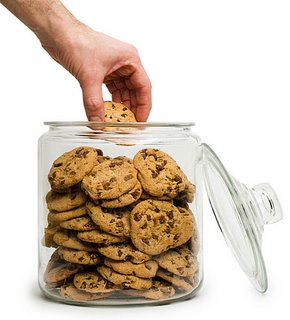 Angus made 8 million of his sale to Bob Gardner ... and others who want to remain invisible, but will not use any of this money for his campaign- go figure!  I am so tired of tax dollars going to the RICH when we the People of the State of Maine need help, God help us all.

Hart - I believe Bayroot is simply the shell company Yale hides behind and that they are partners with Angus King in Record Hill and Highland Plantation. Apparently they are also doing business with Patriot Renewables, whom as far as I know, is not involved with King.

The following is from Yale's site:

"As faculty, staff, and students of the Yale School of Forestry & Environmental Studies, we affirm our commitment to responsible stewardship of the environment of our School, our University, the city of New Haven, and the other sites of our teaching, research, professional, and social activities".

So why are their clear cuts veritable moonscapes?

Interesting comment Leola. Imagine my surprise to hear Bayroot LLC is involved in Woodstock since Tom Carroll told me Patriot Renewable was not affiliated with Angus King's Roxbury project. How can that be if Angus is affiliated with the Woodstock project! LIARS

my husband found a good article about the HI FW project and the link to the mafia..so that might be considered some mild corruption! the ITALIAN as in Italy where the company hails from..

This article deals with Angus King, What I want to know, is it possible that there should be an investigation into the "Bayroot, LLC"???? They are listed as part of the project here in Woodstock. If anyone is interested please contact me. I wonder if Bayroot, LLC aka Wagner lumber ( information received  from Irish Logging co., who pays Irish to cut the lumber) is one and the same Yale Investment Fund sucking up tax dollars? Some one get back to me on this. It may be that if Bayroot is the key to the financial world and is making money for aka Yale Investment Fund, we could bring about an investigation and shut down King, Gardner and Jay Cashman. I am just brain storming, but it just might mean something to tigh all this together. Leola

I forwarded this article to the SunJournal and the Rumford Falls Times requesting an investigative report and article. I believe the people of the River Valley should know what kind of a person Angus King truly is.

Angus King (and son) exemplify the worst in crony capitalism. He is in good company with his friends at scheming scamming First Wind.

It obviously helps to have friends at high levels to scam tax dollars and get away with  it.

Only via his high level elitist connections has he  been able feed off taxpayer dollars.

Angus is the worst example of leech –like parasitic federal subsidy sucking.

Hopefully he will fail in his senatorial bid and be exposed to the light of day.

It is best to keep such scoundrels local and well exposed to the air, so they can dry out and be rendered harmless.

Mr. King has stated that he intends to spend none of his own money on his election campaign to win the senate seat, which isn't surprising.  He's far too use to spending taxpayer dollars to further his own agenda, as in the Record Hill Wind scandal.  Putting his assets in a blind trust is nothing less than what he is asking of anyone who votes for him.  The State of Maine deserves far better.