How many more communities in Maine would end up like Massachusetts wind turbine communities tortured by the noise from megawatt wind turbines if Sen Elizabeth Warren was elected President of the United States of America?

It's clear that governments can ignore public opinion just ask anyone of twenty-one Massachusetts communities suffering from noise from the wind turbines as torture.

The sirens of corruption can be heard in Falmouth but Senator Warren who took office in 2013 cannot hear residents horrified and dismayed to learn that the Commonwealth of Massachusetts could simply ignore the health and safety of local residents over wind turbine noise.

Massachusetts Senator Elizabeth Warren granted took office in 2013 and the turbines were shut down in 2017 but where has Elizabeth Warren been on looking into how the federal American Recovery and Reinvestment Act funds were used to take the health and property rights of the folks in Falmouth.

If there's anything worse than the wind turbine industry lying about the effects of incessant wind turbine noise and infra-sound, it's our government and journalist helping them do so.
Over the last 20 years, the Massachusetts wind industry has ridden roughshod over the rights of law-abiding citizens to live peacefully in their very own homes. The battle that's followed in twenty-one communities proves that the value of any right is determined by the beneficiaries' determination to fight for it.
Massive commercial industrial wind turbines deliver a cacophony of pulsing, practically incessant, low-frequency noise and infra-sound. The effects of which have been held by the Massachusetts courts to be a pathway to disease through nuisance.
Falmouth, Massachusetts set upon by subsidy-soaked wind power agenda is a tragedy, the real tragedy is that those who are paid handsomely to protect them, not only ignore their plight but side with the wind industry, protecting it from any attempt by their victims to regulate or control noise emissions from wind turbines.
The evidence proving the unnecessary damage done to wind turbine neighbors by the noise generated by giant industrial wind turbines is mounting by the hour and day.
Researchers worldwide have identified sub-audible infrasound as the cause of stress, sleep disruption responsible for health issues directly related to sleep problems.
The commercial wind turbine industry is a bunco scheme of enormous consequence. The citizens who value intellectual honesty should not quietly be fleeced by such mendacity, even from their news media organizations and government officials.
On June 17, 2017, the Massachusetts courts shut down the Falmouth town-owned wind turbines.
Falmouth, Massachusetts is ground zero for poorly placed wind turbines in the USA followed by twenty-one other Massachusetts communities that describe the wind turbine noise as torture from lack of sleep.
Senator Elizabeth Warren (D-Mass.), who officially declared her candidacy for president weeks after forming an exploratory committee, signed on as a co-sponsor of the Green New Deal? 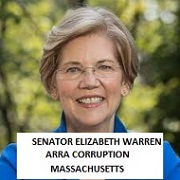 “You could get a journalist cheaper than a good call girl, for a couple hundred dollars a month.”
–CIA operative, quoted in Katherine the Great, by Deborah Davis

“There is quite an incredible spread of relationships. You don’t need to manipulate Time magazine, for example, because there are [Central Intelligence] Agency people at the management level.”
–William B. Bader, former CIA intelligence officer, briefing members of the Senate Intelligence Committee, The CIA and the Media, by Carl Bernstein

“The Agency’s relationship with [The New York] Times was by far its most valuable among newspapers, according to CIA officials. [It was] general Times policy … to provide assistance to the CIA whenever possible.”
–The CIA and the Media, by Carl Bernstein

Government and journalists are without question spreading big lies about renewable energy. They do so by both commission and omission. Don't believe me. Google it. You may not find evidence specific to the wind industry, but you will surely find a tremendous amount of reading material on how government exercises unprecedented control of the media - what stories are covered and how they're covered.

"Popular and academic commentators have suggested various reasons for the almost universal failure of mainstream journalism in these areas, including newsroom sociology, advertising pressure, monopoly ownership, news organizations’ heavy reliance on “official” sources, and journalists’ simple quest for career advancement. There is also, no doubt, the influence of professional public relations maneuvers. Yet such a broad conspiracy of silence suggests another province of deception examined far too infrequently—specifically the CIA and similar intelligence agencies’ continued involvement in the news media to mold thought and opinion in ways scarcely imagined by the lay public."