With the Ukraine War, the Green Chickens Have Come Home to Roost

With the Ukraine War, the Green Chickens Have Come Home to Roost

A cursory survey of recent media headlines reveals a profound shift for analysts and commentators of energy sector issues. The baseline over the past three or four decades has been an endless stream of articles vilifying, deprecating and demonizing the fossil fuel industry as responsible for “wrecking the planet” a la Greta Thunberg. After the Russian invasion of Ukraine, it would seem that we are at the crossroads of global significance:

How The Energy World Has Changed

My, how the world has changed! From a constant barrage of calls to end fossil fuels and “transition” to “renewable fuels” such as solar, wind and batteries (but not nuclear) that inundated media headlines for decades, the leading advocates of Western Europe’s “Green Deal” (and Green New Deal in the US) and “Net Zero by 2050” are now calling for:

2) Resuscitating oil and gas drilling in the North Sea

3) Allowing fracking in the UK

4) Urging US oil and gas companies to “produce more”

U.S. Energy Secretary Jennifer Granholm told an assembly of oil and gas companies at a recent conference in Houston, Texas:

We are on a war footing—an emergency—and we have to responsibly increase short-term [oil and gas] supply where we can, right now, to stabilize the market, and to minimize harm to American families…. And that means you producing mor,e right now, where and if you can….So yes, right now, we need oil and gas production to rise to meet current demand…

This is from a key member of an administration who upon assuming office immediately declared a regulatory war against US oil and gas producers, such as by:

1) Shutting down and/or blocking new oil and gas pipelines

2) Stopping oil and gas drilling on federal lands, Alaska and the Gulf of Mexico

When this led to falling poll numbers for President Biden as gasoline prices at the pump rose to multi-year highs, the Biden administration resorted to imploring the OPEC+ group of oil producers to increase their output.

This perverse state of oil diplomacy has deepened as the administration is looking to Venezuela and Iran as potential sources of increased oil supply.

For energy analysts not sold on modelled predictions of “climate emergency” and magical thinking on unreliable renewables, the expectation prior to the Ukraine conflict was of a slow war of attrition between two forces.

On one side is the juggernaut of the climate industrial complex decades in the making, amalgamating a confluence of elite interests and organizations in the West. These range from:

On the other side in the war of attrition are the hoi polloi, the inchoate mass of working poor and aspiring middle classes, who cannot afford virtue signaling, that are increasingly burdened with escalating energy prices and higher costs of living.

This is becoming especially evident in countries such as Germany and the United Kingdom , which are at the forefront of the move to “net zero” emissions by 2050.

The impact of high electricity prices and unaffordable costs of heating and transport on poorer households in Europe became increasingly apparent during this winter’s energy crisis brought on by reliance on Russian energy imports, surging natural gas and oil prices, and an extended period of little or no wind causing renewable energy supplies to plummet.

A Semblance of Energy Realism

The invasion of Ukraine changed all that. At a stroke, a refreshing energy realism dawned upon European political elites, in particular on the German Green party, which is a major component of the coalition government.

Economy Minister Robert Halbeck said that “there were no taboos in deliberations”, and was considering options to extend the operations of the country’s coal and nuclear power stations, and importing liquified natural gas (LNG).

Halbeck is a member of the Green party for which climate purity is a central tenet in its political faith.

Repeating the “no taboos” refrain, even Frans Timmermans — the EU’s Green Deal chief and leading proponent of Germany’s monumentally-expensive Energiewende policies forcing the transition to a “low carbon future”,  said countries planning to burn coal as an alternative to Russian gas could do so in line with the EU’s climate goals.

Similarly in the UK, Prime Minister Boris Johnson has “made it clear that he is giving the green light to Britain using its gas and oil resources going forward with insiders suggesting that a U-turn to allow fracking is coming”.

By propelling energy security to a central place in the policy agenda, the Ukraine war has brought some semblance of energy realism back into popular discourse. Yet, the “climate emergency” narrative is far from being dethroned in elite policy circles.

Speaking to an audience via video link on Monday, UN Secretary General António Guterres highlighted how Russia’s invasion of Ukraine threatened to become a huge setback for the concerted effort to speed up climate action. “Countries could become so consumed by the immediate fossil fuel supply gap that they neglect or knee-cap policies to cut fossil fuel use,” Mr. Guterres insisted. “This is madness.”

While many might disagree on just where this “madness” resides, Mr. Guterres reflects the same sort of tone deafness exhibited by John Kerry, President Biden’s climate envoy, who bemoaned that the Ukraine invasion was distracting people, including Russian President Putin, from the “fight against climate change”.

In another interview Kerry said the war was “very tough for the climate agenda, there’s no question about it.” These comments show policy elites to be ideologically blinded from the actual day-to-day problems of ordinary people.

They are also blind to the fact that it were the very anti-fossil fuel policies in Europe and the U.S. that helped Russia gain such a stranglehold on energy supplies to Europe.

The oil and gas companies in the West that have been belittled and vilified for decades with social stigma and ESG strictures are now under attack for not ramping up production enough and quickly! Only slightly tongue-in-cheek, energy author and journalist Terry Etam describes the message cast by Western political leaders to the industry as follows:

Hydrocarbon industry, just shut up and raise production, we know it is easy, and you just choose not to. We don’t want to hear from you, you have no future, and you are outdated dinosaurs, that are still wrecking the planet. But due to an unforeseen war, we just need to use you for a few more years, and if you don’t ramp up production immediately well, that means you just don’t support the people of Ukraine.

While international oil and gas companies, such as BP and Shell are busy deconstructing their business models in favor of renewable technologies and the “energy transition” to satisfy their activist stakeholders, Saudi Aramco has doubled its 2021 net income to $110 billion, allowing it to issue bonus shares.

With profits expected to be even higher in 2022, the national oil company is planning to boost its upstream capital expenditure by $40 – $50 billion to further expand its production capacity and cement its role as a global swing supplier. In its view, the world, particularly developing countries accounting for 80% of the global population, will need its oil for decades to come.

Green was and is a Comintern plot to destabilize western economies. Its adherents are Lenin's useful idiots.

Those blue rags were totally useless, according to Fauci at least one year ago.

Better than nothing?
Bull manure!

Breathing in and out of a dirty blue rag day after day IS VERY BAD FOR YOUR HEALTH.

NO SANE MEDICAL PROFESSIONALS WOULD DO THAT.

The Green New deal has more to do with Mask mandates than reality.  Folks in power aren't looking at the science, they don't care about the truth. They want all  your tax dollars and butt-kissing obedience for their service. 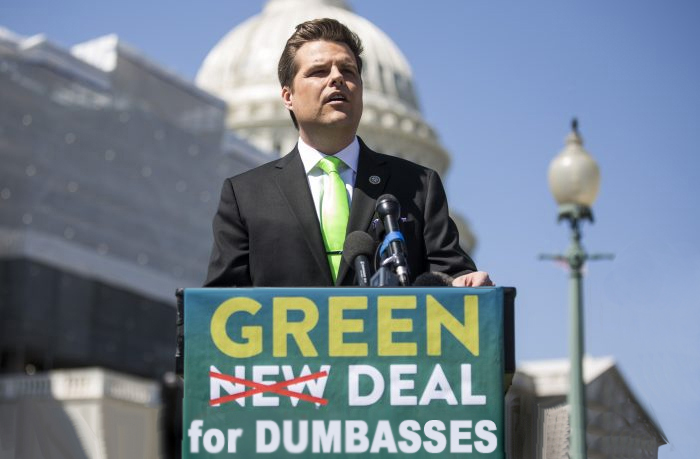