Most US 'Green Energy' Subsidies - Go to Communist China

One of the very many inflation-increasing aspects of the woefully misnamed “Inflation Reduction Act (IRA)” - is the approximately $100 billion thrown at allegedly “green energy.”

Let us set aside the fact that government spending $100 billion on anything - is antithetical to reducing inflation.

Let us also set aside the fact that the entirety of the “green energy” industry - isn’t actually an industry.  It’s a giant welfare state.

“Green energy” sources can not deliver what little energy they produce - at anything other than massive economic losses.

“Green energy” only exists - because of hundreds of billions of government dollars having thus far propped it up.  And the moment the ongoing, massive government cash infusions end - the entire house of cards comes crashing down.

Let us instead focus on what the IRA’s massive “green energy” expenditures do.  Hint: It ain’t good.

In no small part because most of the money - goes to Communist China.  Including the more than $60 billion allegedly dedicated to support “on-shore clean energy manufacturing in the U.S.”

Because what else would you expect from an “Inflation Reduction Act” - that massively increases inflation - than “on-shore” spending going to Communist China?

Chief amongst them is what we’ll now coin as Last Step Domestic.  Which is: The vast majority of something’s manufacture is done overseas.  At which point that something is imported, two screws are tightened - and voila, it’s “Made in America.”

A scam then-President Donald Trump exposed with some wise and wisely-applied tariffs.

“The U.S. will impose duties of as much as 30 percent on solar equipment made abroad, a move that threatens to handicap a $28 billion industry that relies on parts made abroad for 80 percent of its supply.”

“Chinese entrepreneurs started making their own solar products, destined for places like Europe (and the US), where governments were subsidizing the installation of solar power. They benefited from the same strategies that made China so successful at manufacturing in general….

“Building up the solar manufacturing industry – at many points along the supply chain – became a national priority. The Chinese government funded research labs at solar companies and promoted upstream production of polysilicon, one of the key raw materials for solar panels.

“Also, according to Chen Gang, ‘the government gives a lot of subsidies to the energy, because this industry needs a lot of energy, and also cheap land, and bank loans. They all help Chinese industry to gain competitiveness.’ Much of the support came from local governments, about which he says little is known.…

“Widmer of First Solar said the government support, in all its forms, helped Chinese companies elbow out the competition.

“‘They subsidize industries, highly motivate them to create overcapacity, which then creates pricing power. They export that product into international markets with predatory pricing behavior and squash all competition,’ he said.”

China mass-subsidizes their panels - then floods the global market with them.  Their anti-competitive prices have them dominating the planet - including here in the US.

Which is why the vast majority of Trump’s solar tariffs - land on Communist China.

And why the vast majority of Biden-and-the-Democrats’ $60+ billion in IRA “green energy” subsidies - allegedly for “on-shore clean energy manufacturing” - will be going to Communist China.

Oh: And China is giving us a vivid visual aide of our subsidized-to-death future.  You subsidize - until you can’t subsidize anymore.  Then - you die.

“China will struggle to pay billions of yuan in subsidies to clean energy companies, with the shortfall set to quadruple by 2020, a government official said on Wednesday, underscoring the cost of funding the country’s ambitious renewables push.”

Of course, China will happily continue to sell mass-subsidized, fake “green energy” to idiots in the West.  But they’ll be having no more of the inanity for themselves.

“(I)t seems the days of wind and solar generation in China are well and truly numbered….

“As China’s love affair with coal and nuclear power flourishes, the CCP has turned on unreliable wind and solar, with a vengeance.”

Now - there is something of China’s we should be emulating.

SMART METERS (We told you so)

Energy Company Shuts Down Access to Home Thermostats During 90 Degree Heat Wave in Denver
Residents in Colorado were surprised this week when they were unable to adjust the smart meters in their own home.
The government shut down access to their home thermostat in order to save on energy during the current heat wave. It’s for your own good.
Weblink for full article:
https://www.thegatewaypundit.com/2022/09/energy-company-shuts-acces... 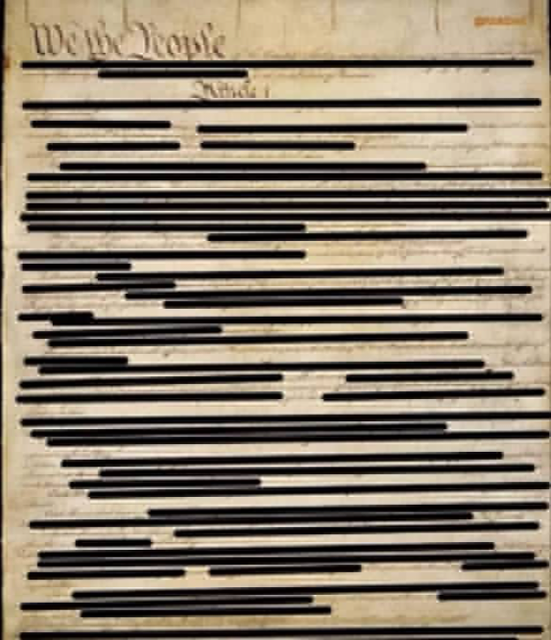 “In the beginning of a change the patriot is a scarce man, and brave, and hated and scorned. When his cause succeeds, the timid join him, for then it costs nothing to be a patriot.”
― Mark Twain