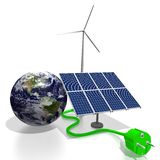 Panelists at this conference are absurdly optimistic to think a Trump win is not the kiss of death for wind and solar.

"Market forces" face a gale force headwind. Market uncertainty is difficult to overcome for wind component manufacturers. But, President elect Trump's chief advisor on energy issues specifically states subsidies for wind and solar, "should be eliminated". This translates to the elimination of the public as host for wind parasites. It's only a matter of time before existing wind turbines and solar arrays are abandoned. Wind and solar company owners and employees should brush up their resumes.

Bloomberg November 9, 2016
[Denmark Vestas gets about 40% of its sales from Americas] "The world’s biggest maker of wind turbines fell as much as 14 percent and traded 6.6 percent lower at 440.10 kroner as of 12:50 p.m. in Copenhagen. Stock of the Danish company already lost ground last week after U.S. polls tightened, bringing this year’s declines to about 10 percent."
http://www.bloomberg.com/news/...

WSJ November 17, 2016
"Continental Resources Inc. chief Harold Hamm, Mr. Trump’s chief adviser on energy issues, said subsidies for renewable energy like solar and wind, and credits for electric cars, should be eliminated. “None of it should be subsidized, none of it,” Mr. Hamm said Wednesday. “If it makes it in the market, fine.”

I guess they do not realize that "Joe Public" knows Wholesale / Retail.

MIKE should study a bit......... NAZI's came from Democracy, gone bad, with one leader at the helm after killing off those that put him into power.  "Rise and Fall of the Third Reich"

Brilliant, Eskutassis!  I love to hear them wailing moaning, and gnashing their teeth!  We will see what is cheap, and what is NOT!  ;-)

Our good friend, MIKE WHITE, the troll for solar in particular, is completely losing it in the comment section.  He actually said I reminded him of what was happening in 1933 Germany - - - A Nazi.  I'm sure glad his business will dry up when solar subsidies disappear. He keeps on telling everyone wind and solar are the cheapest way to go.  You can't believe how big a smile I have on my face right now!!!

Good productive Democracy yes......... A democracy that allows for compassion and equality. Like respect, it is earned, not commanded. This version of democracy under the guidance of the democratic party is attempting to Command.  We need to live by laws, that are fair and provide equality for all, which is something the political system has become detached from as they self elevate. Freedom of speech is democracy when it is a consensus by Majority, but majority can only be had through participation. And yes, Become Informed, Become Involved... Home - Community - State - Nation.

Democracy requires an educated citizenry. Educated in the basic skills and knowledge necessary to live a free and responsible life. Educated in how to separate fact from fiction.  Educated, not indoctrinated. Educated to have a critical and open mind and the confidence to use it.

Journalism thrives on free speech but you need educated people to evaluate the difference between reporting, critical analysis, opinion pieces, and biased viewpoints. Democracy thrives on opposing viewpoints and open debate. Democracy shrivels under the influence of power players. Knowledge is power and can ensure that an educated citizenry can self govern. Without an educated citizenry vested interests will make a sham of democracy and the constitution. Checks and balances will only work when ordinary citizens grasp their rights and don't bow to the power plays of the more affluent elite. Knowledge is more powerful than money and citizens need the confidence to acquire it and use it.

When Trump takes away the subsidies, special high rates for wind/solar, and their 1st to the grid privileges, the windweasels will scurry away on their own, like rats on a sinking ship.  Wind projects all over the US will be abandoned as losses, and affordable, reliable energy will take it's rightful place, once again.  The future will be in using fossil fuels in a clean, efficient manner!  With all the new advances being made, nuclear will also be a big part of the mix, I'm sure.  The "Era of Accountability", has come!

Heard this on Fox News this morning.  The beginning of suppression of free speech ?  Though in a comparison of Fake News, most was found to have come from overseas (so Obama stated).  I think I saw a lot of that coming from, and still coming from the Main Stream Media right here in the U.S. sitting close to the edge of Yellow Journalism which is not covered under the constitution as free speech.

The Media is a Joke, We Have Won