Macron No Longer Views the Unvaxxed as French; "Wants to Piss Them Off and Reduce Them"

French President Emmanuel Macron told one of the nation’s leading newspapers that he no longer considers the unvaccinated to be French citizens, and that his primary COVID-19 strategy is to continue to “piss them off” until they submit to his COVID-19 mandates, i.e., coerce them, break their will.

Macron No Longer Views Unvaxxed as French, Vows to 'Piss Them Off' ...

The remark from Macron, delivered during an interview with French newspaper Le Parisien, has divided French politicians, and even has the country’s Communist Party candidate questioning Macron’s motives.

“I am not about pissing off the French people,” Macron told the readers of Le Parisien on Tuesday.

“But as for the non-vaccinated, I really want to piss them off. And we will continue to do this, to the end. This is the strategy.”

He declared that “worst enemies” of “democracy” are “lies and stupidity,” then declared that his government is “putting pressure on the unvaccinated by limiting, as much as possible, their access to activities in social life.”

Macron’s government claims that 90% of its citizens are vaccinated. He promised to “reduce” this minority with further restrictions.

Le Parisien is a French daily newspaper covering both international and national news, and local news of Paris and its suburbs. It is owned by LVMH Moët Hennessy Louis Vuitton SE, better known as LVMH.

Here is a link to the Original Article on Le Parisien, translated, but unfortunately it's Paywalled.

In an article not paywalled, Le Parisien reports "Pissing off the unvaccinated": the debates on the vaccine pass sus....

After a first surprise suspension on the night of Monday to Tuesday, the examination of the bill strengthening the tools for managing the health crisis was again stopped this night after our interview with the president.

Decidedly, it is now written that nothing will go as planned with the examination of the bill supposed to introduce the vaccine pass. Rarely has the atmosphere been so electric at the Palais Bourbon. This is the direct consequence of the interview granted by the President of the Republic to our readers, published Tuesday evening on our website.

The elected representatives of the opposition did not support the words of Emmanuel Macron, addressed to the French who have to date still not received a single dose of vaccine. "The unvaccinated, I really want to piss them off," Emmanuel Macron said in our columns.

"A president cannot keep the remarks which were made", launched Christian Jacob, president of the Republicans. "I cannot support a text which aims to piss off the French". For his part, the communist Fabien Roussel, candidate for the presidential election, questioned “the real intentions of the government”. The bill on the health pass "is it a text to piss off more? or less piss off? The French, he asked.

A little before 2 am, the debates were finally able to resume in the Assembly but anger was still strong in the ranks of the opposition. The deputy Damien Abad immediately denounced the remarks "premeditated, of a childish cynicism" of the President of the Republic ...

Before calling once again for the coming of the Prime Minister and asking for a new suspension.

Request legitimately granted by the chairman of the session.

Finally, the deputy Marc Le Fur, who chaired the debates, announced at 2 am the adjournment of the meeting. It must resume this Wednesday at 3 p.m. In an atmosphere which promises to be already very tense.

This could easily cost Macron the 2022 Presidential election in April-May.

Vowing to "Piss Off" a full 10% of the population hardly seems like the right thing to do.

Hello Mr. president, I suggest you doublecheck your math. Our World in Data and Worldometers seems to disagree.

That chart is from December 22.

APPENDIX 1
.
.
“BUILD BACK BETTER” WOULD COST $4.490 TRILLION OVER THE NEXT DECADE, IF PROVISIONS WERE MADE TO LAST 10 YEARS

I am not surprised at the lack of public trust in Washington, DC, and elsewhere. The games of smoke and mirrors played in Washington are off-the-charts outrageous.

Never, ever, has there been such a level of deceit, as Democrats have inflicted on the US People, since January 2021, using a controversial election in 2020 (see Appendix), to obtain government power, to relentlessly implement:

- An increased size and intrusiveness of the federal government

- A major change in US demographics by means of just-walk-in, anybody-is-welcome, open borders

However, Dem/Progs made a major mistake.

- They intended to use top-down, command/control of the very-inefficient federal government to very-expensively “Remake America”.

- Their strategy is a highly un-American approach, significantly different from the history of US economic development.

In contrast, Trump’s “Make America Great Again” specifically did not rely on government. MAGA relied on:

- Freeing up the creative energies of the American people

Here is an example of Dem/Progs trying to force their visions onto the American people by various underhanded methods.

The cost of the original BBB bill was $6.0 trillion, as crafted by extreme-leftist Sanders, Chairman of the US Senate Budget Committee. When his proposals proved to be a non-starter, he was told to “whittle it down” to an alleged $3.5 trillion, which, he declared, was the “absolute minimum”.

Whittled down means, he shortened the duration of some programs from 10 years to 1 year, or 2 years, etc., as explained in next sections. See table 4

NOTE: Sanders is a life-long admirer of Communism and Socialism, who celebrated his honeymoon in the USSR, i.e., before the Iron Curtain came down

THIS SIMILAR TO DEFORESTATION OF THE 1800s, but nothing grows back for at least 25 years!!! 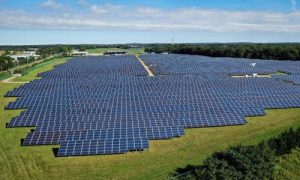 Ah...Mr.Macron ,the young understudy of Klaus Schwab from the World Economic Forum.

Indeed Macron has succeeded in pissing off the unvaccinated, as well as many who ARE I have no doubt, as they all begin to see that this is about control, and suppression of ALL civil rights that the French presumed they still had.

When one critically examines the VAERS data most recently publicized, as well as the NHS data from England showing the infection/hospitalization rate of the already vaccinated and boosted   citizens there you can easily see why people who already were "hesitant" or "refusing" will stay that way.

The pressure is intense ,but the resistance to this madness will become even stiffer as the information about vaccine injured people comes out more,

I commented recently to another writer that I view this as the worst thing since the Thalidomide disaster of my childhood, and that now the main difference is that this "pandemic" and the "vaccines" all seem to have a political root to them, not simply a profit motive amplified by abject arrogance and medical stupidity.

Now if you post the "wrong" opinion about the vaccines or the Wuhan virus, and its progeny , you will be smeared in social media ,demonized by the trolls and press...and politicians such as Macron will use their power to target you for social and economic ostracism ...to break your will.

Globally, voting has never been so important as it is right now.  Let's hope critical thinking and common sense prevail at the polls.