We visit places in Maine with too much lead in the water.

No two water supplies are alike and neither are the reactions . 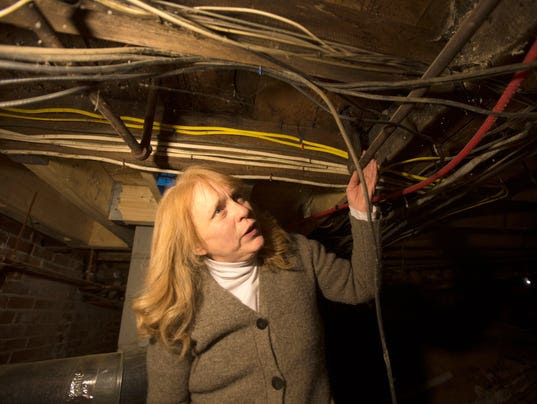 AUBURN, Maine — Potatoes boiled on the stove in Nancy Beliveau’s kitchen as twilight fell on Pleasant Street, a neighborhood of time-worn homes. "Should I be worried?” the red-headed mom asked, descending to a basement tangled with a century’s worth of plumbing that brings the city’s water to her family and tenants — water that tested high for lead in June. Beliveau got a notice in her water bill in the summer warning that “some homes in Auburn have high amounts of lead;” part of a public education campaign that included TV, radio and newspaper coverage.

"I didn’t read the whole letter because I thought it applied to other homes,” Beliveau said.

Boy has the media distortion done a number with this 'issue'.

First of all, lead water pipes are the home owner's responsibility, not the water company and in turn a cause for a govt. 'bailout'.

Second, these are old lead water papers and the issue was addressed in the 60's with national standards for pipes from the iron mains into the house....which was apparently ignored by home owners and the Government....

Third, were tests done at the tap to find lead leach-ate in the water? NO, this was a hysterical assumption by a 'nurse'? involved in the pediatric lead paint abatement problem who found scattered high lead levels in samples. Other likely causes could be ingestion, i.e. PICA.  Again, the parent's or the homeowner's responsibility,

Fifth, were tests of water coming from the taps of the homes the children who tested high were ever tested?  DON't know,

Sixth, how does the lead from the pipes get into the water?

...Normally an oxide coating, similar to rust, forms on the inside of the lead pipe and prevents lead from leaching into the water supply. BUT, the water company switched to 'government approved' improvements in Chlorine and Flouride chemicals that weakened the oxide coating and caused it to flake off, exposing the lead.

Did anyone go to those homes where the children tested high and dig up the pipes to see if that indeed happened?   DON'T know.

Do we know if this was the cause of the high lead levels in children tested?  DON'T KNOW.

In all cases, the media hysteria has resulted in a major bail out of the irresponsible home owner and a new Liberal? intervention into repairing private homes and coverup? of the role of EPA, etc. in approving and testing the chemicals used to treat the River water.

There are still a lot of lead pipes around the U.S., can't wait for Hillary to show up in Flint to 'cure' the problem for all American children.

Perhaps all the copper has been allocated to electrical transmission lines? snark, snark