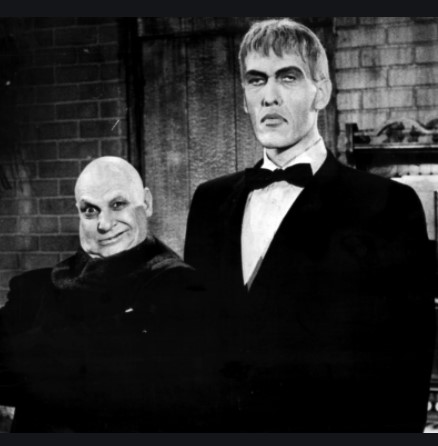 Joe Biden killed tens of thousands of jobs his first day in office when he canceled contracts with the Keystone XL pipeline and waged a war on the energy business.

This is just the beginning — millions of US jobs are at risk now that Biden is stopping new oil and gas leases on federal lands.

But fear not because John Kerry, who has done nothing but lie, cheat and grift his entire life is here to save the day.

Kerry is the perfect person to be in charge of reducing carbon emissions since he owns several mansions, a mega yacht and flies in private jets.

WATCH the short video at this weblink:

Throwing taxpayer and ratepayer money away on green energy is like Bastiat's Broken Window Fallacy.

In Bastiat's tale, a boy breaks a window. The townspeople looking on decide that the boy has actually done the community a service because his father will have to pay the town's glazier to replace the broken pane. The glazier will then spend the extra money on something else, jump-starting the local economy. The onlookers come to believe that breaking windows stimulates the economy.1

Bastiat points out that further analysis exposes the fallacy. By forcing his father to pay for a window, the boy has reduced his father's disposable income. His father will not be able to purchase new shoes or some other luxury good. Productivity has also decreased, as the time the father spends dealing with the broken window could have been put to better use. Thus, the broken window might help the glazier, but at the same time, it robs other industries and reduces the amount spent on other goods.

Bastiat also noted that the townspeople should have regarded the broken window as a loss of some of the town's real value. Moreover, replacing something that has already been purchased represents a maintenance cost, not a purchase of new goods, and maintenance doesn't stimulate production. In short, Bastiat suggests that destruction doesn't pay in an economic sense.

Biden Administration on 100% clean power: "We will not be stopped"

Last week, Biden’s newly appointed White House climate czar Gina McCarthy said, “Biden has committed to 100% clean power by 2035.…We are going to get there because we will not be stopped.” 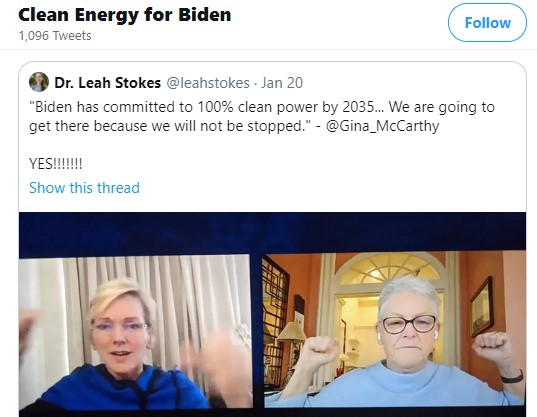 The Global Eco-Fascist Tyranny of Davos

“We all know what’s happening with our climate,” he says, taking it for granted, as the globalist elite do, that we’re all totally on board with their doomsday prognostications.

But this is the bit where it gets really scary.

The technology exists to make that transition. What we’re missing is a force, a, er, a collective will to actually make that change, not in an incremental way. So our main focus  is to identify key stakeholders whether from the corporate world, whether from the NGOs, who really get that and who really want to push the boundaries to do transformative work and to hopefully create an unstoppable force.

If anyone hasn't quite yet figured out that Global Warming is simply a device to provide cover for the world elites to permanently eradicate our great country, it's time to wake the hell up.

John Kerry on Biden Climate Agenda: ‘So Logical — I Don’t Understand the Opposition’