Showtimes, Save the Date!

Last Thursday, the Science, Space, and Technology Committee hearing room of the U.S. House was the prestigious venue for the Capitol Hill premiere of Climate Hustle, and the room was packed.  "It is my hope that films like Climate Hustle can help unmask some of the bias and give the American people the facts," Committee Chairman Lamar Smith asserted. 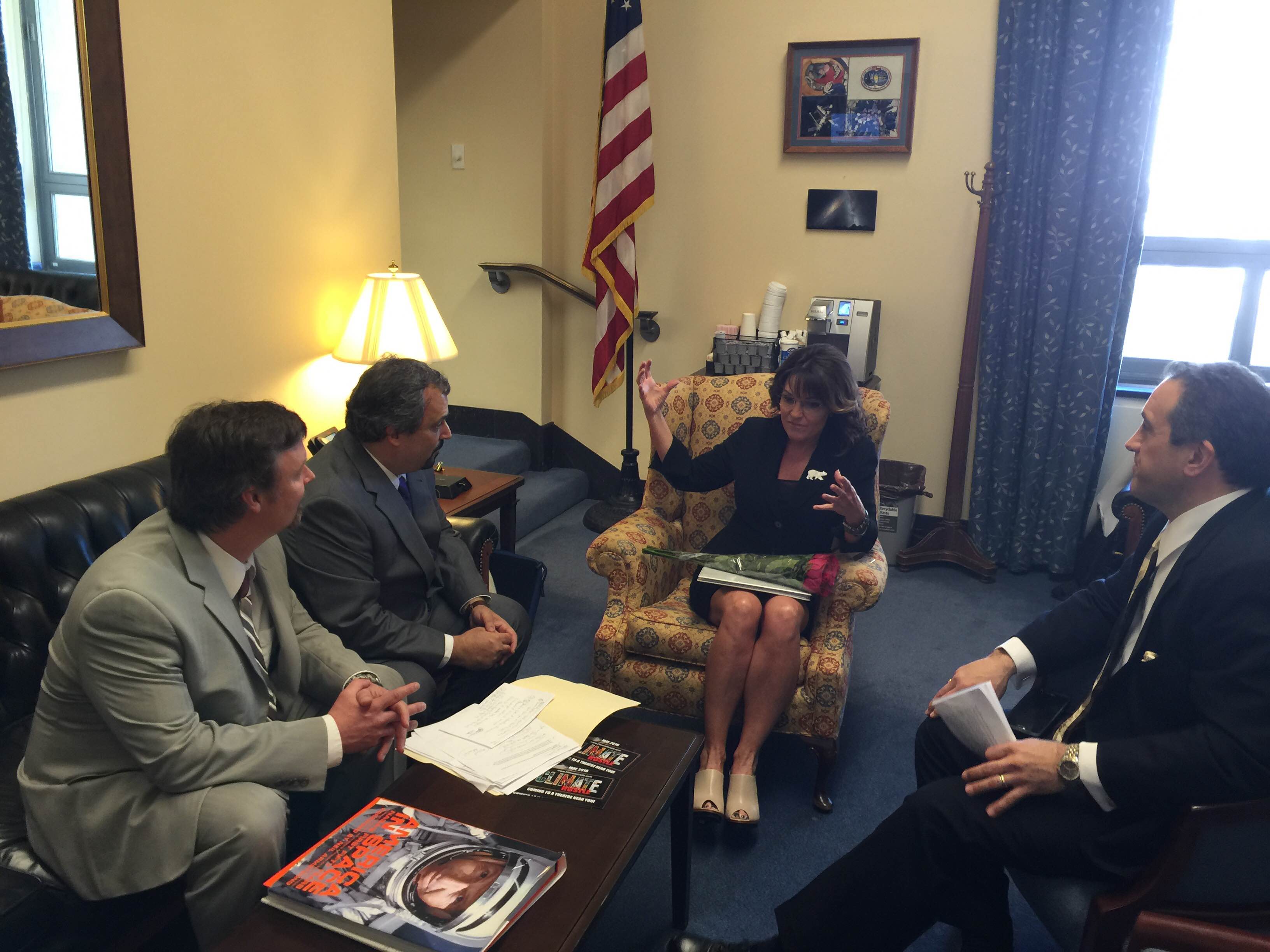 Governor Palin made a plea for the restoration of integrity to science.  "The science community needs to become less political" she said, "otherwise, it leads us to believe that so many things that [are] coming from scientists could be bogus." Palin added, "If this is bogus, what else are they trying to tell us, trying to control us around, if they can't do this one right?"

Media coverage was overwhelming. The event was reported on by more than 200 outlets!  Syndicated stories by Associated Press and APTV were picked up nationwide, and made the top of the Drudge Report. Other coverage included The New York Times, Washington Post, Time, CNN, Fortune, Boston Herald, UK Guardian, NBCNews.com, Breitbart News, Fox News, CBSNews.com, the New York Daily News, and many others.

An interview with Governor Palin led off Entertainment Tonight's The Insider and showed clips of Climate Hustle’s trailer to a national television audience.

A social media brawl about Governor Palin and Bill Nye has also been spilling over everywhere. After Governor Palin stated flat out that "Bill Nye is as much a scientist as I am," the warming-compliant media rushed to prop him up.

Of course they forgot that CFACT comes to the fray armed with the facts.

Marc Morano reminded everyone that not too long ago Salon.com (totally pro-warming) said

"Bill Nye is not actually a climate scientist. He is a former mechanical engineer turned television entertainer, and now professional edu-tainer."  And James Delingpole added in a column yesterday in Breitbart that, in his opinion, “when it comes to climate change – indeed the environment generally – Palin has a much more solid grasp of her subject than the overrated kid’s show actor.” Touché!

Climate Hustle lays out the facts and asks the tough questions the global warming campaign does not want any of us to think about.  Unfortunately for them the conversation has only just begun!

For nature and people too,

P.S.    Make sure to get your tickets in advance for the one-night national showing of Climate Hustle on May 2nd.  Click here for information on tickets and locations.  Make sure to bring a friend!