An independent German journalist is facing a criminal probe in her home country for reporting on eight years of genocide crimes crimes committed by Ukrainian forces against civilians in the eastern Donbass region of the war-ravaged country.

In an exclusive interview with Press TV correspondent Johnny Miller, Alina Lipp revealed that she was being subject to criminal proceedings by the German government and had received a letter from judicial authorities in her home country threatening her with a three-year jail term.

“The news that I said was that Ukraine is shelling civilians already for eight years, and I also said that this is a genocide and that people here and Donbass support the special operation of Russia,” Lipp told Press TV.

“It turns out to be a criminal act for German, so they took 1,600 euros from my bank account and didn’t even tell me about it,” she added.

She termed the knee-jerk reaction of German authorities over her fair and objective coverage of the war in Ukraine as "unbelievable", slamming the European country's bogus claims of free speech and media freedom.

“They just want to put me in prison for three years. It’s unbelievable. They opened this case, because I’m saying and I’m sharing my opinion, so there’s no free speech anymore in Germany.”

In his ground report, Miller said that Lipp was "not allowed to defend herself at a court hearing", adding that "either the German courts are trying to prosecute honest journalists, or that frankly, they don't have even the most basic grasp of international politics.”

He also interviewed an independent Spanish-Russian journalist, Lui Sivaya, who said she too had been “harassed” and “pursued” for her reporting on the suffering of people in Donbass region at the hands of the Ukrainian forces.

“At first, I received a lot of hate comments. I also received harassment. Different people pursued me. They published my phone number, my private information, the address where I used to leave,” Sivaya told Press TV.

Sivaya and Alina are not the only independent journalists under threat of imprisonment for reporting objectively from the frontline of the war that is now into its fifth month.

Alina is a former Green Party politician who has been based in Ukraine’s restive Donbass region for six months.

She has faced suspension from some social media platforms and has also had her Paypal account suspended.

Anti-war sites, consortium news, and MintPress, who have criticized NATO's attempts to stoke the flames of war in Ukraine, have also had their PayPal account suspended in an attempt to cut off their funding.

“While mainstream outlets don't even send reporters to this part of Ukraine, a few Western reporters are here with their lives and their reputations to uncover important issues.” Miller said in his report, adding that “for that, they risk being smeared or sent to jail simply for doing their job.”

In recent months, several reports have emerged about the shelling of civilians by the Ukrainian armed forces in the eastern part of Ukraine.

Russia launched a military operation in Ukraine in late February, following Kiev’s failure to implement the terms of the Minsk agreements for eight years, and Moscow’s recognition of the breakaway regions of Donetsk and Luhansk.

At the time, Russian President Vladimir Putin said one of the goals of what he called a “special military operation” was to “de-Nazify” Ukraine regime.

German journalist in Donbass could face prison at home

Alina Lipp has dismissed the probe as “insane,” insisting she is merely interviewing locals and filming the destruction in Donetsk Alina Lipp, an independent German journalist and blogger is facing a criminal probe at home over her “endorsement” of Russia’s “illegal aggressive war” against Ukraine. Lipp has told Russian media she only does what any journalist would do – document what is happening around her.

If found guilty, she could face a fine or up to three years behind bars.

On Saturday, RT DE interviewed Lipp about her professional work and the ongoing investigation.

The journalist contended that she is “doing interviews with people in Donetsk and merely translating them into German.”

“I am simply filming everything I see around,” Lipp added.

She inquired rhetorically “what is it that’s illegal in that, or dangerous?” The journalist insisted that none of her materials had been staged, and that there is no one telling her what to cover. 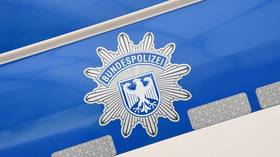 Blogger claims she is being probed in Germany over Donbass coverage

When asked by the RT DE journalist whether Russian President Vladimir Putin was secretly commissioning her reports from Donbass, Lipp replied in the negative, adding jokingly “still not.”

The woman also lamented that a number of conspiracy theories have been spread about her.

One of those, according to Lipp, dates back to November 2021, when she sold three of her minute-long videos to “some Russian TV channel” that did not have its own correspondent on the ground.

Lipp insisted that this was common practice among independent journalists who “sell their material to various buyers.”

This alone does not automatically prove that such a person takes orders from someone or “works for a Russian propaganda channel,” Lipp argued.

According to the German news website t-online, Germany’s law enforcement believes Lipp has been “constantly showing her solidarity with Russia’s war against Ukraine,” as well as fomenting a split in German society.

Her reporting was described by the authorities as “distorted, partially false.” She is also accused of spreading other outlets’ “completely fabricated” stories. 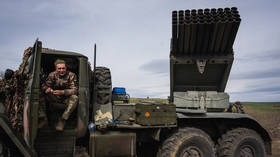 According to t-online, Lipp, who was born to a German mother and a Russian father, has been living in Donetsk and Crimea since last fall.

She runs a German-language news blog called ‘News from Russia,’ as well as a Telegram channel with over 174,000 followers and a video channel on PeerTube.

Since the start of the investigation, Germany’s DKV-Bank has seized the donations Lipp has received, with €1,600 ($1,679) said to be frozen from her account, according to t-online.

PayPal, too, has blocked her account, as well as that of her father, Lipp revealed in one of her earlier interviews.

Press TV’s website can also be accessed at the following alternate addresses: