Rep. Jared Golden (D-ME) may defect from his party on certain votes, but he furthers the Democrat agenda simply by helping the party to maintain its slim majority, former Rep. Bruce Poliquin (R-ME) said during an appearance on SiriusXM’s Breitbart News Saturday.

Poliquin, who is aiming to unseat Golden in Maine’s battleground Second District, contended that Golden — despite voting no on most but not all of President Joe Biden’s multiple behemoth spending packages — “is a big part of” the now 40-year-high inflation straining Americans’ budgets.

“He’s enabling all this to happen because he is a Democrat that has allowed Nancy Pelosi to have the gavel,” Poliquin said. “It’s really that simple. He is a reliable vote for Nancy Pelosi and Joe Biden and AOC more than 80 percent of the time.”

oliquin, a former longtime businessman, served in Congress for four years until 2019. He narrowly lost his last reelection race to Golden as a result of the state’s recently adopted ranked-choice voting system and is now hoping to oust Golden in a red-leaning district that voted eight points in favor of Trump in 2020.

When House Democrats are not relying on Golden’s vote to pass a given bill, “they let him off the hook and he votes the other way,” Poliquin said.

Golden, a Marine veteran, has been the sole Democrat to break with his party on certain major bills, including the $1.9 trillion American Rescue Plan Act and the $1.7 trillion Build Back Better Act. He has also voted against certain pieces of gun control legislation and against one of the two articles of impeachment against former President Donald Trump in Trump’s first impeachment.

Poliquin said, “But let’s look at some of his votes.”
“He voted for amnesty for millions of illegals that are in the country,” Poliquin continued. “He voted to end private health insurance you get through work and push everybody into Bernie Sanders’ Medicare for All plan. He voted to nationalize our elections and get rid of voter ID. He voted for abortion until birth. He voted to get rid of due process for legal gun owners. So you know, he is a big part of this agenda, but he’s trying to fool you. He’s trying to show himself as a moderate right now. He’s not.”

Maine’s Second District is an expansive rural district and geographically covers roughly 80 percent of the state. Election analyst Cook Political Report rates the district as leaning six points toward Republicans, and Poliquin called it “one of the top pickup opportunities in America.”

Poliquin said, “If we do not win this seat … and if we do not win the majority back — and this is one of the top pickup opportunities in America — if we don’t do that, everything that we have seen the last two years gets worse.”

Dr. Navarro: The Left Is 'Chasing Its Tail' On Green Energy Policy
https://rumble.com/v1f9gel-dr.-navarro-the-left-is-chasing-its-tail...

On Monday night following the FBI raid Hillary Clinton flaunted her lawlessness and introduced new Swag merchandise for her supporters.

The hat reads, “But her emails,” in reference to the 30,000 emails she illegally deleted from her server and got away with. 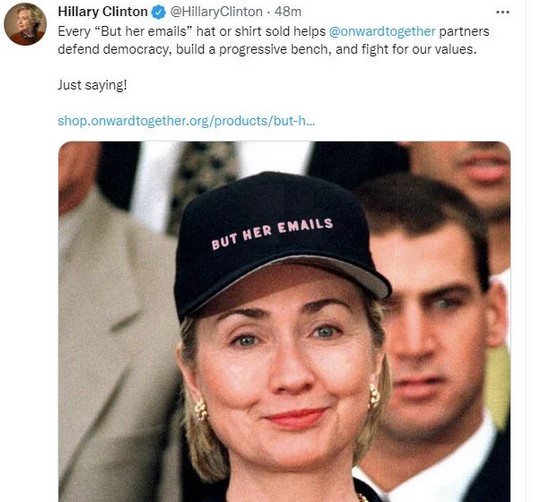 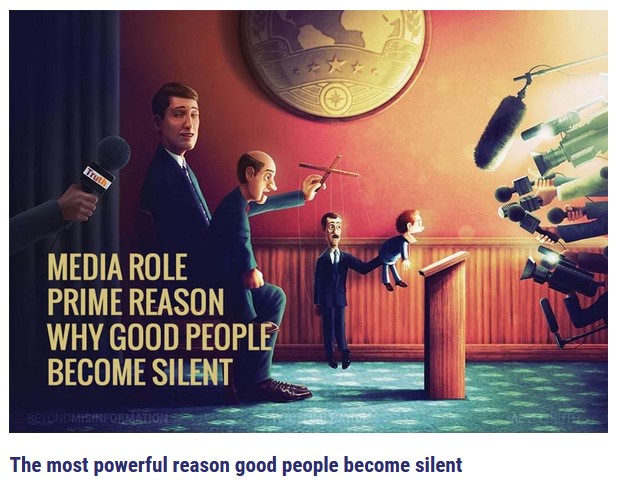 The “early adopters” in any society influence the population to consider — or not consider — the reality of a new idea. In ours, it is neither the shaman, nor the tribal chieftain, nor the wise elder whose edicts, opinions, and ideas we hold in such high regard.

Rather, in modern Western societies, if a new idea is covered in a serious way on television or in the newspaper, then, and only then, is it considered “real.” Well, at least it becomes discussable in polite company.

Offshore Drilling Is Coming Back With A Bang
https://www.zerohedge.com/energy/offshore-drilling-coming-back-bang

During an epic 40-minute discussion, Bannon echoed a recent statement by former NYPD Commissioner Bernie Kerik that Trump’s life is now in danger as the Deep State may resort to lethal violence having repeatedly failed at taking him down politically and judicially.

“I do not think it’s beyond this administrative state and their Deep State apparatus to actually try to work on the assassination of President Trump,” Bannon told Jones. “I think everything’s on the table, I think his security ought to be at the highest it’s ever been, and honestly I think he ought to, and I think he should have, flown down to Mar-a-Lago this morning and walked out at noon today and said, ‘Hey, I’m running for President of the United States. Suck on that.'”