At a time when President Biden and congressional Democrats are pushing to expand the breadth of entitlements to include free preschool and subsidized child care, little attention is given to the fact that the country’s biggest existing entitlement program—Social Security—is a financial wreck.

The program’s payouts have exceeded revenue since 2010, but the recent past is nowhere near as grim as the future. According to the latest annual report by Social Security’s trustees, the gap between promised benefits and future payroll tax revenue has reached a staggering $59.8 trillion. That gap is $6.8 trillion larger than it was just one year earlier. The biggest driver of that move wasn’t Covid-19, but rather a lowering of expected fertility over the coming decades. 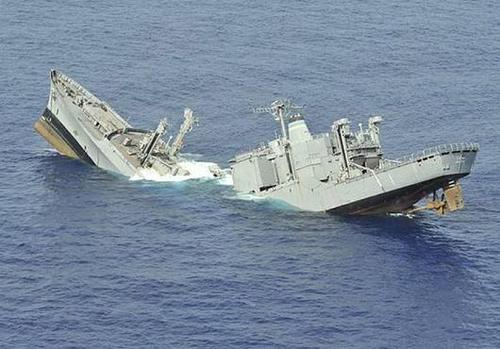 That trend has already been steadily undermining the program. In 1960, for every Social Security beneficiary there were 5.1 workers adding payroll taxes to the system. That ratio has shrunk to 2.7 and is expected to reach 2.2 by 2036.

The Social Security trust fund is projected to run out in 2033. Absent other action, that would trigger a 20% cut for everyone receiving benefits at that time.

While 2033 is just 12 years from now, it’s hard to predict when an appropriate sense of crisis will actually take hold in Washington. We can, however, speculate on what measures the inevitable reckoning with the program’s insolvency could include.

First, Congress could look to increase revenue. According to the Social Security trustees’ report, maintaining current benefits would require a major hike of the payroll tax—from 12.4% to 17%. Most Americans already pay more in payroll taxes than income taxes.

For those employed by others, the current 12.4% Social Security tax is split, with employers and employees each paying 6.2%. Self-employed people pay the full 12.4%, though income tax deductions cushion the blow somewhat. (Many economists argue "employer contributions" are largely an illusion: the employer payroll tax reduces wages, they say, which means the cost is ultimately borne by employees.)

In addition to raising the payroll tax rate, Congress could also expand its reach. Today, it’s applied to incomes up to $142,800. Many Democrats, including Biden, have proposed repealing that cap, either gradually or all at once.

Defenders of the cap say it’s consistent with Social Security’s founding philosophy that an individual’s benefits should be related to the amount they contributed—if benefits have a ceiling, so too should the individual’s required contribution.

Repealing the cap would make the program more explicitly redistributionist in nature. Higher earners could end up receiving benefits that are just a quarter of what they contribute.

In 2017, Senator Bernie Sanders and Congressman Peter DeFazio proposed not only removing the payroll tax cap—misleadingly calling it a "loophole"—but also hitting high-income households with a new 6.2% Social Security tax on investment income.

In addition to considering novel ideas like that one, we can expect policymakers to take inspiration from the last major "fix" to Social Security. Brokered by President Reagan and House speaker Tip O’Neill in 1983, it centered on:

Of course, taxing benefits is just a roundabout way of cutting them: Rather than trimming their monthly payments, Uncle Sam commands half of today’s beneficiaries to give some of the money right back. In addition to increasing the normal retirement age and raising taxes again, Congress may also consider means-testing—that is, cutting benefits outright for those above certain income levels.

The problem with means-testing is that the overwhelming majority of benefits are paid to lower and middle class Americans. Unless it hits the middle class, means-testing doesn’t put a meaningful dent in program outlays. Meanwhile, means-testing carries an administrative cost. According to a study by the progressive Center for Economic and Policy Research, that administrative burden "would eliminate most, if not all, of the savings from a plausible means test on affluent beneficiaries."

There’s another crafty way to cut benefits—for all beneficiaries: Reform architects could put a damper on Social Security’s cost of living increases. With inflation surging, that’s not a possibility to be taken lightly.

While there’s no way of knowing which assortment of changes will comprise the next round of Social Security reform, one thing seems clear: If the 1983 reform is any indication, we can expect the consequences of the next big fix to fall heaviest on younger people.

"The largest tax increases and the maximum benefit cuts targeted people who were 11 and younger at the time," wrote Brenton Smith of Fix Social Security Now. "The political calculus behind the bipartisan compromise is simple: 11 year-olds can’t vote."

Originally a safety net for the elderly—at a time when full retirement age was beyond life expectancy—Social Security is increasingly a mechanism for transferring wealth from younger people to older people. On average, that means it’s also a mechanism for transferring wealth from less well-off people to more comfortable people. That reality is masked by the government-cultivated myth that our individual payroll taxes go to an account used to fund our own benefits. In truth, they’re immediately paid out to retirees who entered the system before us.

As the ratio of younger workers to older beneficiaries continues its decline, expect the victimization of youth by this compulsory Ponzi scheme to grow ever harsher. In that light, Social Security’s dilemma isn’t so much a financial crisis as it is a crisis of conscience.

“BUILD BACK BETTER” WOULD COST $4.490 TRILLION OVER THE NEXT DECADE, IF PROVISIONS WERE MADE TO LAST 10 YEARS
https://www.windtaskforce.org/profiles/blogs/build-back-better-woul...

BBB Bill is a Trojan Horse

A CTC was enacted as part of COVID relief. It was meant to be temporary, from Jul. 2020 to Dec. 2020
During that time, the US treasure sent more than $80 billion, in direct deposits, to every household with children, $300/child/mo.

Household with incomes up to $150,000 qualified for the full $300/child; if greater household income, the CTC would decrease to as low as $166/child/mo.

Sanders has been advocating both programs for decades, because that was done in the more Socialist countries of Europe. He does not mention, rich Europe spends about 1% of GDP on defense, whereas the US spends about 4.5%, about $780 billion/y, plus $50 billion/y for intelligence.

“The Medicare Trustees Report estimated that Medicare’s hospital insurance trust fund will be insolvent in 2026. At that point, the fund will have to rely on incoming revenues, essentially operating on a cash-flow basis—and there won’t be enough cash.”
https://vermontdailychronicle.com/2021/12/17/medicare-four-years-to...

I started with a minimum wage of $1.25 on a FT summer job and thought it was a lot of money. I remember buying my dad a fly rod and reel for his birthday with some of my huge savings that summer.

Thinklike A. Mountain hopefully and most likely you started working with a wage above the minimum wage of $1.59 :)

Eric - I did a similar calculation and I would have been way more ahead had I invested my contributions and my employer contributions to social security into my own portfolio. Not even close.

Demo or repug liberal or conservative ... they all work for the same corporations. Good time to shore up food and water, cordwood, ammunition, resist all mandates and jabs, take off the blinders and masks, get with friends and neighbors to share and weather the storm. Avoid distractions, don't trust tv news or any mainestream news.  The reptile schwab keeps telling us "we'll have nothing".  Take him at his word and be prepared.

There are to many people leaching off the SS system that have never worked. A lot claiming to be disabled, others just for being married to a worker for more than 5 years and drawing 75% of the workers benefit package once divorced thus costing the system 175% - There are many other factors that put a strain on the system.

If I had been able to invest under the 401k style system, that which I contributed and my employers contributed in my behalf, I could have exceeded $4,000,000 by my retirement age.

Social Security, was and remains an example of Socialist ventures that are doom to a slow death that try to serve beyond their initial purpose.

That increase is entirely do to the foolish policies of Biden's extreme-leftist, SOCIALISTIC actions, during the past few months

They would further jeopardize the demise of the SS system

Oct 13, 2021 Social Security recipients will receive an annual cost of living adjustment of 5.9% next year, the largest increase since 1982, the Social Security Administration announced Wednesday.