We all know that plastic straws and bags are existential threats to mankind. But did you know that they now have competition from balloons?  "An Act Regarding the Sale and Release or Abandonment of Balloons" has been introduced in the Maine legislature. Along with recent bills such as defining the type of chickadee that should be our state bird and replacing the current…

Who The Hell Does Massachusetts Think It Is Banning Natural Gas Into Maine?

A ruthless direct hit on Maine's poor and middle class via unnecessarily high electricity rates by banning desperately needed new natural gas pipelines. Mammoth new natural gas reserves in nearby states go untapped by Mainers because of Massachusetts' blockade at the same time they "demand" we allow our mountains, ridges and hilltops be grossly despoiled by wind and transmission blight so they can power their McMansions with feelgood electricity while stuffing money into politicians'…

Maine Wind Resistance Movement May Have Reached the Turning Point 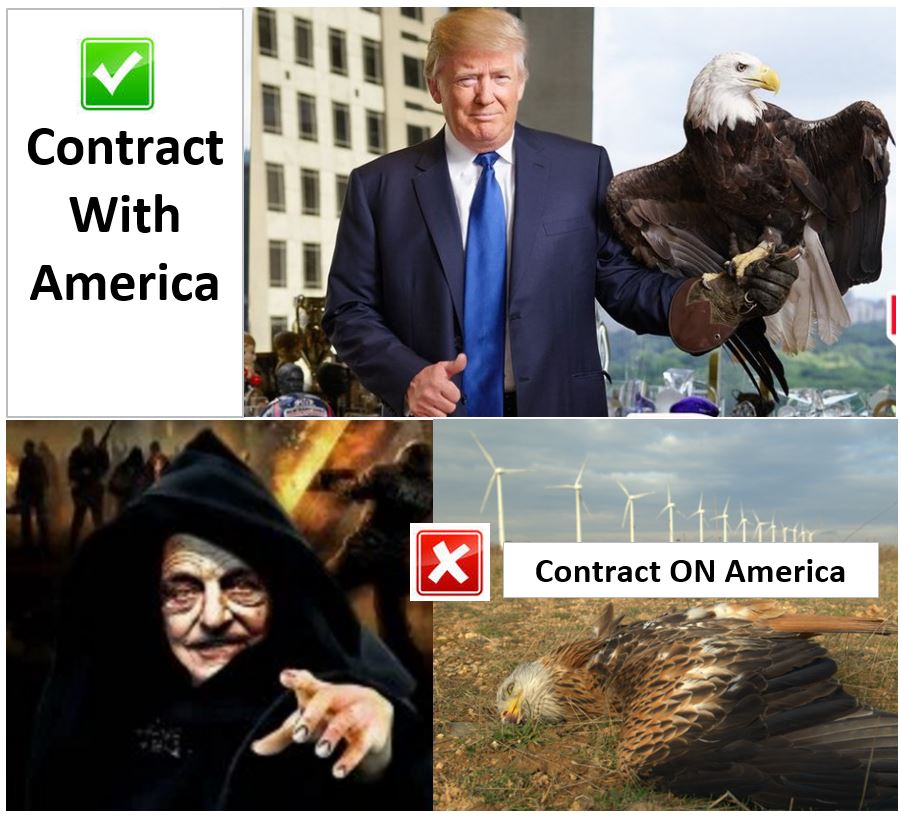 President-elect Trump has said he is not a fan of energy generated from wind and solar power. That’s of high concern for Maine’s environmental groups. Dylan Voorhees, a scientist for the Natural Resources Council of Maine, worries Trump might unravel progress made by the Obama administration on the Environmental Protection Agency’s clean air and power plans, particularly a rule that’s under development to reduce mercury and other emissions that pollute the air.

“This issue gets at the intersection of private property and protected speech,” Melnick said. “Yard signs are highly protected methods of communication.”

I don't live anywhere near Moosehead - Give ME a Yard Sign

Many were found to be completely non-functional, producing nothing but tax credits

Many were found to be completely non-functional, producing nothing but tax credits

The scam works on multiple levels, using the age-old formula of intimidation of landowners and infiltration of regional agencies that hand out subsidies and award contracts, observers believe.

"Kent Smith, president of Makana Nui Associates, which is a partner with First Wind in the farm, said telephone calls and e-mails were flying among company officials Wednesday and Thursday to figure out what happened.

Here, according to Smith and Teruya, is how the tax bill got…

Conflicts on the Energy & Utilities Committee?

Co-Chair Fitts was quoted in the February 7, 2011 Sun-Journal as saying "Everyone…

Who thinks that the Maine PUBLIC Utilities Commission is looking out for the public after yesterday's decision, ignoring their staff?

Is there anyone who believes this to be the case?

Former Governor Baldacci's former Chief of Staff Kurt Adams took over $ 1million in stock options from his then future employer First Wind while Chairman of the PUC. While there, Adams helped grease the skids for the…

Angus King: "Maine is the Saudi Arabia of Wind"

C'mon Angus, how can you look the people of Maine who trusted you straight in the eye and tell them that they are living in the Saudi Arabia of Wind, when you know that this same line is being told to residents of at least 14 other states?

Come-on lines like this appeal to the greed in people in hopes that they drop their guard and suspend the use of common sense. You see the same thing in those emails from Nigeria that tell…

When they say Senate Hopeful Angus King is long in the tooth, they're not talking about his age

Rather, they are referring to how Angus King and his ilk are sucking the lifeblood out of the U.S. treasury. 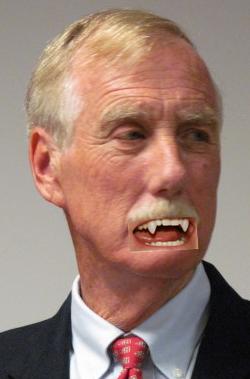 Co-Chair Fitts was quoted in the February 7, 2011 Sun-Journal as saying "Everyone… 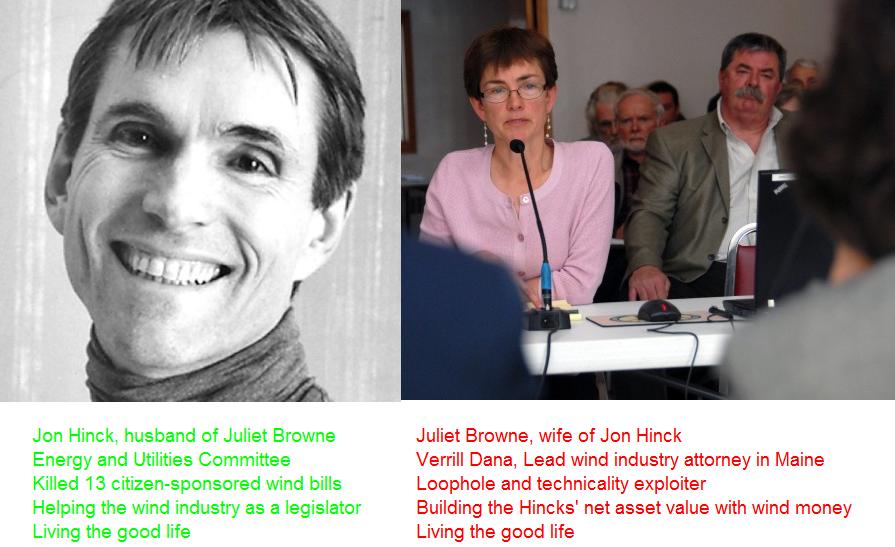 Conflict of Interest - Maine State Legislature
Title 1 MRSA §1014 lists several activities constituting a conflict of interest to help define ethical standards and to identify areas of real or apparent impropriety that are to be avoided. These are examples and should not be considered an exhaustive list. The…

The next time you read some bald faced pro-wind lies in an online post, consider that the blogger may be employed by an organization that has made this commenting part of his or her job. The employer could be a wind company but also a wind industry law firm, engineering firm, a paid off so called environmental group, an ornithologist who rigs bird studies, etc. Watch the full video at: http://video.mpbn.net/video/2190503142/ And by the way, note that MPBN made ZERO disclosure of Parker's connection to the wind industry and in the misleading statement of the year simply called him a businessman. 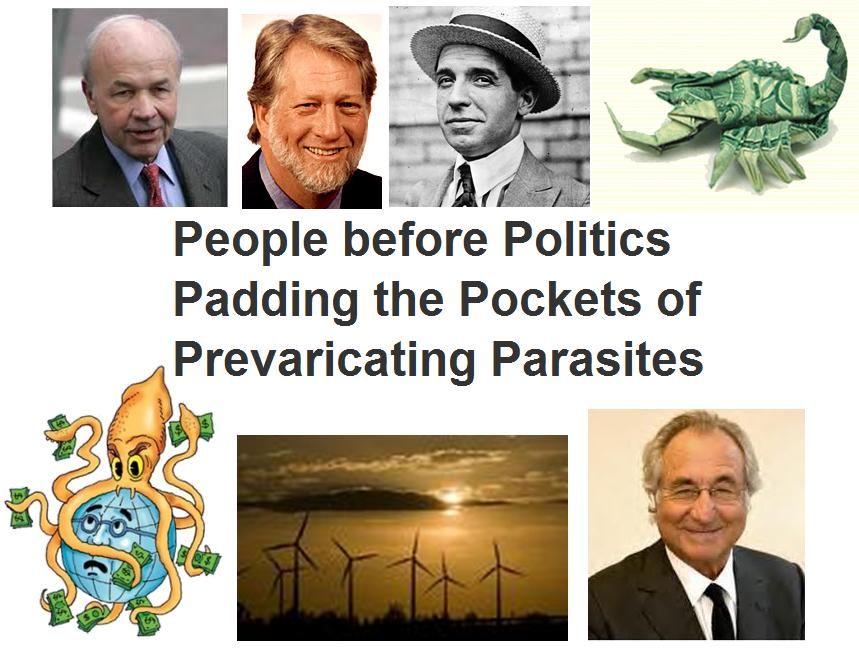