This is a thought provoking essay from an Australian website called "Andy's Rant".

http://www.andysrant.com/ ; His carbon focus is mostly on the base but frequently the question has come up about what goes into the base and the fact that manufacturing cement is a heavy carbon emitting process.  I thank him for that analysis alone.  He also states what I have been saying all along in this battle to educate the public about the false promises of wind:  "wind turbines will incur far more carbon dioxide emissions in their manufacture and installation than what their operational life will ever save."

Measures are metric, so if you don't think in metric, open another window and set up a metric converter (meters to feet, etc.)

So What's the Carbon Footprint of a Wind Turbine 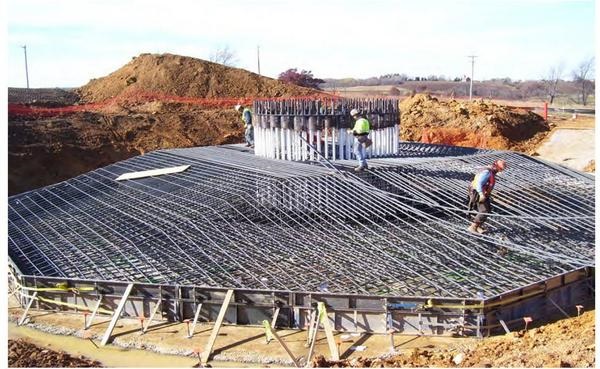 Here’s the breakdown of the CO2 numbers.

The pig iron is then transferred to the basic oxygen furnace to make steel.

To create a 1,000 Kg of Portland cement, Calcium carbonate (60%), silicon (20%), aluminium (10%), iron (10%) and very small amounts of other ingredients are heated in a large kiln to over 1,500 degrees C to convert the raw materials into clinker. The clinker is then interground with other ingredients to produce the final cement product. When cement is mixed with water, sand and gravel forms the rock-like mass know as concrete.

Now I have not included the emissions of the mining of the raw materials or the transportation of the fabricated materials to the turbine site so the emission calculation above would be on the low end at best. 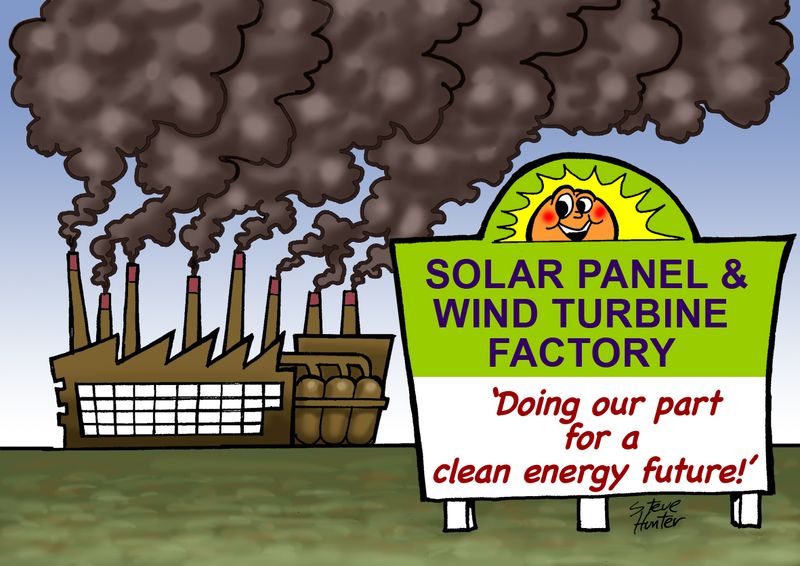 Extra stats about wind turbines you may not know about:

The average towering wind turbine being installed around beautiful Australia right now is over 80 metres in height (nearly the same height as the pylons on the Sydney Harbour Bridge). The rotor assembly for one turbine – that’s the blades and hub – weighs over 22,000 Kg and the nacelle, which contains the generator components, weighs over 52,000 Kg.

All this stands on a concrete base constructed from 45,000 Kg of reinforcing rebar which also contains over 481 cubic metres of concrete (that’s over 481,000 litres of concrete – about 20% of the volume of an Olympic swimming pool).

Each turbine has three blades so there's 21,000 Kgs of GRP and each blade can be as long as 50 metres.

Each and every wind turbine has a magnet made of a metal called neodymium. There are 2,500 Kg of it in each of the behemoths that have just gone up around Australia.

The mining and refining of neodymium is so dirty and toxic - involving repeated boiling in acid, with radioactive thorium as a waste product - that only one country does it - China.

All this for an intermittent highly unreliable energy source.

And I haven’t even considered the manufacture of the thousands of pylons and tens of thousands of kilometres of transmission wire needed to get the power to the grid. And what about the land space needed to house thousands of these bird chomping death machines?

You see, renewables like wind turbines will incur far more carbon dioxide emissions in their manufacture and installation than what their operational life will ever save.

Maybe it’s just me, but doesn’t the “cure” of using wind turbines sound worse than the problem? A bit like amputating your leg to “cure” your in-growing toe nail?