“Instead of relying on foreign oil and foreign energy, we are now relying on American energy and American workers like never before.” Thank you for providing this opportunity for me to comment on the Vineyard Wind offshore wind project SDEIR.  I…

If Cape Wind was constructed as 130 Siemens 3.6 MW turbines, it would have failed.

The US has adopted the European monopole standard foundation design code (J101).  Borrowing from oil and gas industries technology, they failed to…

Massachusetts legislators are again pushing wind through bills that eliminate and erode obstacles, public and environmental laws that protect us, to gain unlimited development and profit potential for gov picked wind turbines.  There will be no public debate.

The State leans on the Wind Noise Impact Study findings of 2012  This study was a review of literature by the state appointed body of experts and advocates of wind. The state refused to provide a seat on the noise panel to… 07.01.2009 | BOSTON -- Massachusetts Gov. Deval Patrick signs an ethics bill at the Statehouse, in Boston as then-Attorney General Martha Coakley, and then-state Sen. Brian Joyce, D-Milton look on. The bill was designed to prevent a repeat of scandals involving lawmakers by banning lobbyists from giving gifts to state lawmakers, banning lawmakers from…

I welcome readers’ take on this research about EDP at the intersection of Boston Consulting Group and Hillary Clinton.

EDP head office raided in corruption probe
Created: 02 June 2017
Officers of the Judicial Police raided the Lisbon offices of EDP, REN and the Boston Consulting Group this morning as part of an investigation into active and passive corruption.

As legal pleadings and rulings go, Cape Wind is the poster-project for litigation. Cape Wind now appears shunned by many green pols who may fear its demise could affect their future earrings in the green private sector. But, Cape Wind limps forward even if without the blessing of MA Governor Baker.

With respect to my oral comments offered in person to DPU Commissioner and Attorney Robert Shea, at the Gardner, MA DPU Public Hearing, regarding wind turbine siting practices and the Governor Deval Patrick Administration’s desire to… Continue

An email blast arrived in my inbox this morning that alerted recipients to a Perfect Storm threat to marine life. Consistent with my research, the offshore wind industry off the coastline of Cape Cod appears to be taking its toll.

My response to "all" appears directly below. I have included the email from Frank H., to which I've responded.

Your points are well taken, Frank. Thank you. 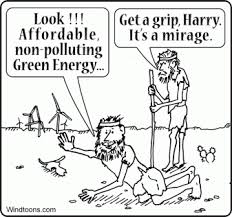 SunEdison Inc (OTCMKTS:SUNEQ), as many expected, will now be a shell of itself and shareholders will be holding the bag. The judge overruled any objections to the exit financing despite letters from numerous shareholders of foul play.

For those new to the story, when the Obama Administration came into office, members of the… Continue

The 2001 proposed “World’s Largest”, “America’s First”, offshore wind project, Cape Wind, challenged state and federal governments to evaluate project impacts while formulating a plan for alternative offshore development.   Public safety issues had not yet been addressed through Zoning that would eliminate ocean areas from…

It was nice to read a piece in the Boston Globe yesterday regarding FloWind because this publication rarely shines their light on green energy failures.  FloWind has filed for bankruptcy protection following a slew of green company failures as the result of the policies of the former MA Governor Deval Patrick Administration;  I believe that MA is the U.S. leader in green company failures.  Off the top of my head these…

From Seeking Alpha...First Wind is in the cross-hair of Congressional Investigators.  Buzz words, "ENRON", "Sarbanes-Oxley Act of 2002", "Federal Stimulus"

As a Massachusetts resident I feel sorry for our Northern neighbors burdened by our policies.

It's pretty bad when 60 Minutes finds interest in the renewables sector here.

Massachusetts' American Superconductor AMSC became the subject of CBS 60 minutes “The Great Brain Robbery” regarding the theft by China’s Sinovel of AMSC wind turbine technology.  This is an International industrial espionage thriller yet to be written. …

I'm probably too annoyed to write about the most recent of MA Public Officials writing green rules that ultimately benefit them.  But, this swamp drained will benefit New Englanders and silence is the voice of complicity.

There were zero comments on this Boston Globe 1/18/17 piece I read this AM which demonstrates very troubling public apathy.