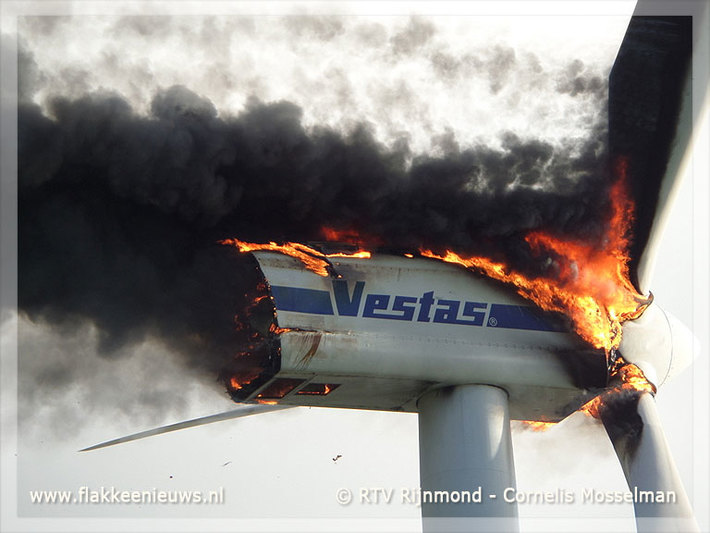 The federal EPA granted a waiver of the Buy America requirements of ARRA Section 1605 under the authority of Section 1605(b)(2) [manufactured goods are not produced in the United States in sufficient and reasonably available quantities and of a satisfactory quality] to the Town of Falmouth, Massachusetts for the purchase of a foreign manufactured wind turbine to be installed at its existing wastewater treatment facility site. A Vestas V-82 type 1.65 megawatt wind turbines.

In the federal waiver to purchase Falmouth Wind II, the Town of Falmouth told regulators they have adopted a local ordinance regulating large scale wind turbines. According to the submittal, Zoning Article XXXIV, Chapter 240, Section 240-166 requires a Special Permit for windmills with a minimum setback from property lines.

Falmouth town municipal zoning ordinances and bylaws are intended to guarantee the common good and general welfare of the entire community. These regulations protect property owners, and the community at large, by restricting the manner in which property may be used including town-owned land. It is the responsibility of the Select Board, building officials, and zoning board to enforce zoning, but disputes arise when a property owner believes that a municipality is neglecting or refusing to take action on a zoning violation.

The wind turbines have already resulted in eleven litigation cases and multiple appeals of those cases.

Up to 200 aggrieved property owners have looked to the courts for relief since the installations of the turbines at their own expense.

The legal standing of a property owner to seek enforcement of an ordinance or bylaw to do with zoning is almost always a key issue in such a case. The courts in 2017 determined that both town-owned wind turbines are a nuisance.

The Falmouth building Inspector has ordered the dismantling and removal of the first town-owned turbine, Wind 1 because the structure didn't comply with zoning laws. It was denied a special permit in 2015.

The same building inspector does not consider the second town-owned turbine, Wind II abandoned by the town despite that the federal EPA granted a waiver of the Buy America requirements of ARRA Section 1605. The town in that waiver request told federal regulators Falmouth Wind II requires a Special Permit 240-166. (see link to federal waiver above)

In November of 2019 town meeting approved 2.5 million to disassemble the turbines. Town meeting members were told the town wind turbines designed in the 1990s which were assembled in 2004 and placed in storage until early 2010 have a life span of 25 to 30 years.

That sounds great but engineering forecasts turn out to be more hopeful than accurate. Wind farm operators and manufacturers have overestimated routinely the salvage value of their windmills and underestimated the costs of removal. Moreover, the windmills do not last more than five years needing gearboxes replaced, so the cost comes sooner than expected.

States like Massachusetts, home to something like one hundred of all the nation's wind farms, are beginning to pass laws requiring that the owners budget funds to decommission them when the time comes.

Falmouth is the perfect example of 12 million dollars pumped into so-called green energy wind turbines and now another 2.5 million by town meeting and more down the road.
Thousands of turbines have been left to rot across the United States.

The growing amount of "green junk" littering the Cape Cod landscape is back in the headlines.