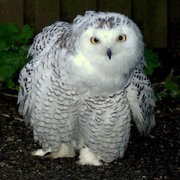 The 2001 proposed “World’s Largest”, “America’s First”, offshore wind project, Cape Wind, challenged state and federal governments to evaluate project impacts while formulating a plan for alternative offshore development.   Public safety issues had not yet been addressed through Zoning that would eliminate ocean areas from development due to existing use and conditions that make these areas incompatible and/or unsafe for offshore wind.  Zoning directs development to avoid chaotic (developer) directed development known to introduce risk of public safety hazards.

Nantucket Sound is a developer-selected site because “Special Interest Language Was Quietly Placed in Energy Act That Exempts Cape Wind From Public Bidding”.  While a “no bid” deal for Nantucket Sound was a windfall for the developer, it actually undermined the ambitious project.  The plan for one hundred thirty offshore wind turbines with massive transformer substation proposed for Nantucket Sound is incompatible with existing use according to experts of navigation and aviation.  State and federal regulators listened at hearings to compelling testimony about Cape Wind’s threat to public safety, but never heard it.  Concerns about Cape Wind’s threat to public safety have sparked multiple lawsuits and prompted several calls for Congressional Hearings.

Cape Wind Associates, LLC is the horse never “vetted” within a regulatory process that didn’t exist

“UPC Group  has developed, financed, constructed owned and operated” the Italian Vento Power Corporation IVPC in Italy.  When Cape Wind sought a permit to build and industrial-scale wind facility 2001, Gordon had never before installed an on or offshore wind turbine.

Minerals Management Service MMS agency of the Department of Interior DOI assumed regulatory oversight of the Cape Wind project under the Energy Policy Act of 2005.  Embroiled in scandal by 2008, MMS is the subject of three reports issued by U.S. Office of Inspector General Earl E. Devaney that describe MMS,  “culture of ethical failure”, with employees engaged in “financial self-dealing, accepting gifts from energy companies, cocaine use and sexual misconduct…”

[MMS Director] “Randal Luthi” said in a conference call with reporters that the officials implicated in the reports had violated the public’s trust.”

During June of 2010, U.S. Office of Inspector General Mary Kendall also provided testimony on Capitol Hill about DOI MMS thin capabilities as the federal regulator  before and after the Gulf Oil Spill Disaster.  The MMS was ill-prepared because of a "dearth of regulations," and used a "completely backwards" approach to investigating spills and accidents the inspector general testified.

The U.S. Coast Guard is a federal cooperating agency with Cape Wind lead federal regulator MMS.  Cape Wind’s lease was granted by MMS on October 6, 2010.  While, not until March 14, 2016 did the U.S. Coast Guard release their five-year delayed study that found wind turbines are incompatible with commercial shipping off the Eastern Seaboard.  USCG recommends removal of some leased ocean areas for wind turbines.  As the federal government’s top cop, Inspector General Kendall testified, MMS has it, "completely backwards".

The most important public policy consideration is public safety

Cape Wind’s approval appeared a foregone conclusion on the state and federal levels as President Obama and then MA Governor Deval Patrick vowed to make “America’s First”, a reality.  While the degree to which the White House was willing to compromise public safety Cape Wind threatened, to further the green-at-any-cost political agenda, is chilling. http://thehill.com/policy/energy-environment/236081-sen-brown-calls-for-federal-investigation-of-cape-wind-project

“Who is going to tell the White House?”

Rep. Cliff Stearns (R-FL), Chairman of the House Energy and Commerce Committee’s Subcommittee on Oversight and Investigations and then MA Senator Scott Brown called for Congressional and federal investigations into White House political pressure on the FAA to approve Cape Wind.

Stearns stated after reviewing FAA documents and emails disclosed under the Freedom of Information ACT:

“In this case, personnel at the Federal Aviation Administration (FAA) approved the controversial Cape Wind project under White House pressure without giving adequate attention to the risk Cape Wind would pose to small aircraft operating in the area.”

“It would be very difficult politically to refuse approval of this project.”

“Security Issues (Cape Wind)” FAA Operations Support Center-Boston April 5, 2010 email states, “Based on our study it is possible that a plane without a transponder could essentially not be picked up over the wind farm.”

Chairman Issa’s Committee On Oversight And Government Reform wrote to “The President” on August 8, 2012,

“Documents show you’re your personal interest in Cape Wind offshore wind farm may have created pressure on career officials to approve this project.”

“The Committee found that the Federal Aviation Administration (“FAA”) approved the Cape Wind project despite safety concerns.  On numerous occasions, FAA officials stated in e-mail that they were aware of the “politics” of the decision and that Cape Wind “was being moved by politics…”

Are Cape Wind’s “discontinued” wind turbines inherently a “reliable” as energy source as required by federal and state law?

Under MMS purview, thousands of state and federal employees, the FAA and U.S. Coast Guard, for several years at a cost to the public of multi-millions, have studied and reported out on potential impacts by 130 GE "discontinued" GE 3.6 MW wind turbines. The nuance that G.E. had conducted the Cape Wind test-pilot project, “Arklow” offshore Ireland, resulted in General Electric’s abandonment of offshore wind and a “discontinued” status of Cape Wind proto-type GE 3.6 MW,  didn’t register with multiple layers of  federal bureaucrats and bean counters, (except for Cape Wind MMS Director Rodney Cluck whose finger pointed elsewhere) .

Under MMS purview, Cluck’s watch, Cape Wind's "discontinued" wind turbines represented a fair return to the Nation for the use of our resource as required under Section 388 of the Energy Policy Act of 2005 because Cape Wind was granted a lease by the U.S. Department of Interior Secretary Salazar.

The MA Attorney General is ratepayer Advocate.  However, former MA Attorney General Martha Coakley was pushing Cape Wind forward during 2009, before its energy cost was determined and prior to Power Purchase Agreement negotiations between Cape Wind National Grid and NSTAR.  Ratepayers were underrepresented and unacceptably exposed by Coakley who was incapable of objective representation of ratepayers while promoting Cape Wind expected to triple ratepayers’ current energy cost.

"Unless we push forward with projects like Cape Wind ... we're not ever going to break through on this."” said Attorney General Martha Coakley while running for the Senate seat formerly held by the late Senator Ted Kennedy.

On July 2, 2008, the Green Communities Act was signed by then Governor Deval Patrick. To the crowd gathered at the Boston Museum of Science Patrick stated,   “The act is a comprehensive energy reform bill that resulted from close collaboration with House Speaker Salvatore DiMasi and Senate President Therese Murray. The bill, which sets a new national standard in energy policy, was filed by Speaker DiMasi in 2007…”

However, Attorney General Martha Coakley testified to legislators during the fall of 2011 that the Green Communities Act implemented over (only) four years, created a $4 billion dollar ratepayer premium.

Cape Wind’s Power Purchase Agreements “Would Haunt Ratepayers for Decades”, according to Associated Industries of Massachusetts (AIM), the state’s largest representative organization of businesses and industries.

Cape Wind PPA contracts were terminated by the utilities when developers failed to obtain project financing by December 31, 2015.

Is now serving an eight-year prison sentence following conviction for his use of the power of the speaker’s office to steer multi-million dollar contracts. On June 2, 2009,  DiMasi and three others were indicted on charges that included conspiracy, honest services fraud, mail fraud, aiding and abetting, and wire fraud.  Federal prosecutors added a count of extortion against DiMasi on October 13, 2009.

The last three Speakers of the House of Representatives in Massachusetts, Salvatore DiMasi, Thomas Finneran and Charles Flaherty, are convicted felons.

( IVPC) is an affiliate and subsidiary of UPC (First Wind).  Italian Vento Power Corporation (IVPC) with Director Oreste Vigorito, along with partner “Lord of the Wind” Vito Nicastri, were the targets of Operation "Gone With the Wind", a 2009 investigation by anti-Mafia police in Italy into wind energy fraud in order to obtain public subsidies that evolved to the largest-ever asset seizure by anti-Mafia police..

Citizens are entitled to energy sources that are reasonably safe, reliable and commercially reasonable.  Cape Wind is entirely antithetical to these goals.

To the Cape Wind Project Manager:

This information will appear on Regulations.gov: