Protect the Eagles and other Birds & Bats

Where are the groups that protect birds in our quest to end the industrialization of our mountains and, in particular the ridges and wetlands in northeastern Maine, from wind turbines?  Maine Audubon continues to promote wind turbines with the discredited concept that climate change and pollution are greater threats to birds than wind turbines.  That might be true if wind turbines actually produced enough reliable electricity to not require fossil fuel back up all the time and wind power resulted in a substantial net reduction of air pollutants.  But it is not true and never will be.  Same for Natural Resources Council of Maine, still funding their "Clean Energy" project push for wind power development in spite of the huge negative impact by wind power development on the very natural resources of Maine that NRCM has pledged to protect.

Last night, a dear friend Elaine Goodwin happened to post a song by a group New Riders of the Purple Sage on Facebook.  It prompted me to post the chorus of one of my favorite songs by the group "Last Lonely Eagle".  The haunting lyrics are in my head every time I think of the destruction of birds & bats by wind turbines.  So here it is: 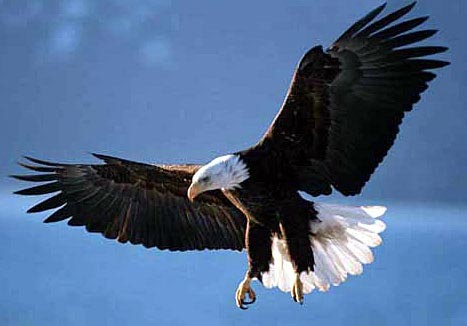 I dedicate this blog post to the Eagles of the Lincoln Lakes region.  Below is a copy of my testimony to the DEP concerning Eagles and birds regarding the application for the Rollins Wind project on 9/24/2009:

The First Wind application totally fails to properly address the indigenous and migratory bird populations and the potential effects of the turbines and turbine locations on birds.  It is apparent that First Wind has done the usual take a report off the shelf and plug it in to the application, trusting that nobody reviewing the application will catch on.

There can be no substitution for promising to count bird carcasses after turbines are built and operating in lieu of a comprehensive, factual assessment of bird populations and patterns that are unique to the Lincoln Lakes area.  An example of this is Appendix 7-2, the breeding bird survey conducted in Topsfield.  While the forests and field/forest edges in Topsfield may share some characteristics with the Lincoln area, it is not the Lincoln Lakes and is miles away from Rollins Mt. and the ridges of Rocky Dundee.  It would appear that First Wind is saying since the bird survey in Topsfield was OK for Stetson Mt., it is OK for Lincoln as well.  This is simply not true and the Lincoln Lakes region must have a separate bird survey to have legitimacy.

In the bat and bird survey, Appendix 7-3, there is a fatal flaw.  This survey was conducted only at Rollins Mt.  There was no similar survey done in the ridges of Rocky Dundee, the so-called Rollins South part of the project.  This seems to be a convenient way to skew the bird survey, thus undermining its legitimacy.  It is a well known fact that there are nesting pairs of American Bald Eagles on both Folsom Pond and Upper Pond, as well as on Silver lake in Lee.  The pair on Upper Pond has its nest within a quarter mile and 500 feet below the ridgeline where six (6) turbines will be located.  This close proximity to the eagles’ nest seriously threatens them.  If they are not driven off by construction activity, the noise and low frequency soundwaves of the turbines will drive them away.  With six sets of turbine blades whirling right above them, it is a high probability that one of the adults or the fledglings as they are learning to fly and soar, will be killed.  This should be considered a “taking” that is illegal under the Bald and Golden Eagle Act.

The nesting pair of Eagles on Folsom Pond will likely soar around the Rocky Dundee ridges as well, as the unique topography of ridges and undeveloped lakes in this area are excellent habitat.  In addition to these eagles, there are eagles to the south in the rich wetlands of the Passadumkeag River and eagles which nest in the Penobscot River which fish the extensive ponds and marshes of the region, utilizing the ridges for soaring thermals.  It is not surprising that an out of town company, hired to provide information to justify siting industrial wind turbines would issue a skewed report.  Had they asked anyone in the Lincoln area, they would have studied Rocky Dundee and not Rollins Mt.

The other aspect of the bird population that needs study before any permits are issued is the location of the ridges and lakes geographically within one of the major migratory flyways in Maine, the Penobscot River. In reviewing the topographic map showing the locations of the proposed Rollins turbines, you will note that the ridges separate many of the 15 lakes and ponds for which the Lincoln Lakes Region derives its name. Please look at a larger topographic map of the area, however, and you will note that the location of this proposed utility scale wind site is bounded by three major rivers: The Penobscot to the West, the Mattawamkeag to the North, and the Passadumkeag to the South and East. Tracing tributaries and lakes, you will note that these ridges are the highlands that separate these three great rivers. Further observation shows huge swampy wetlands that are great waterfowl habitat, in addition to the rivers, lakes, and ponds.

The Penobscot is one of Maine's great migratory flyways. With all of the other wetlands in the area, it is noted locally for large populations of waterfowl and other birds.  Eagles, ospreys, hawks, loons, several species of ducks, and many woodland songbirds all thrive here and many species visit to rest and feed during migration.

Either God or the glaciers (take your pick) have blessed the Lincoln Lakes with rich habitat for birds. The Lincoln Lakes area is unique in its richness of bird habitat.  Birds are threatened by huge turbine blades that spin at 200 mph out at the tips. They are also affected by the low frequency pulses emanating from these machines.   There must be a comprehensive, site specific study of the bird population undertaken and published before permits are issued for this project.

I am submitting a copy of an email exchange with Mark McCollough of the US Fish and Wildlife Service with additional information.